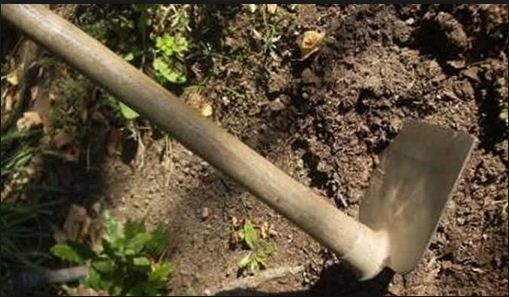 Officers at Kyengera Police station have commenced investigations into the murder of one Manizabayo Elia Vian 25, a Herdsman to Mary Wosula all residents of Mugongo A cell Kyengera Town council.

Luke Owoyesigyire the deputy police spokesperson Kampala metropolitan area notes that a one Mugabi Frank used a hoe to hit the deceased on both his legs and head, killing him instantly. He was later arrested and is currently detained at Kyengera Police station on allegations of murder.

Police investigating teams visited the scene and collected pieces of evidence. The police intends to also take the suspect for psychological evaluation to ascertain whether he is in the right state of mind as part of investigations.

Owoyesigyire added that witness statements have been recorded and body of the deceased person conveyed to city mortuary Mulago for Post-mortem.