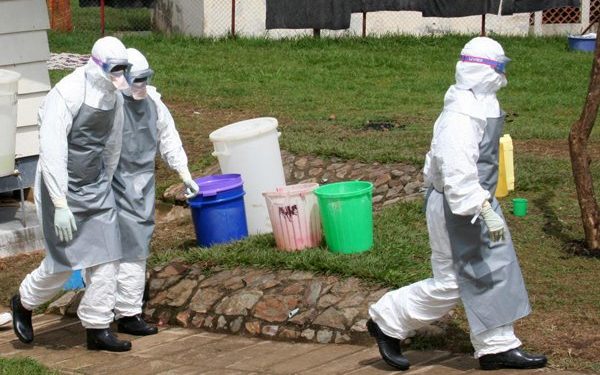 A 22-year-old girl with symptoms of Ebola died on Monday, September 26 at Kasangati Health Centre IV.

Kasangati Town Council authorities in Wakiso district have criticised the slow response by the government in handling a suspected case of Ebola at the mentioned health facility.

Kasangati Mayor, Tom Muwonge says much as they have identified the contacts of the deceased, their samples have not yet been taken for testing at the Uganda Virus Research Institute.

Muwonge has also decried lack of Personal Protective Equipment (PPE) for the health workers which has put many of their lives at stake.

An isolation facility has been established at the health centre where two probable cases are being admitted.

Among those is isolation is the father of the deceased and a boda boda cyclist who transported them from Namulonge, Busukuma town, Wakiso district.

MP ordered to pay 200,00 or spend six months in prison for assault
There is NO Ebola in Kampala, Minister Aceng clarifies
Advertisement