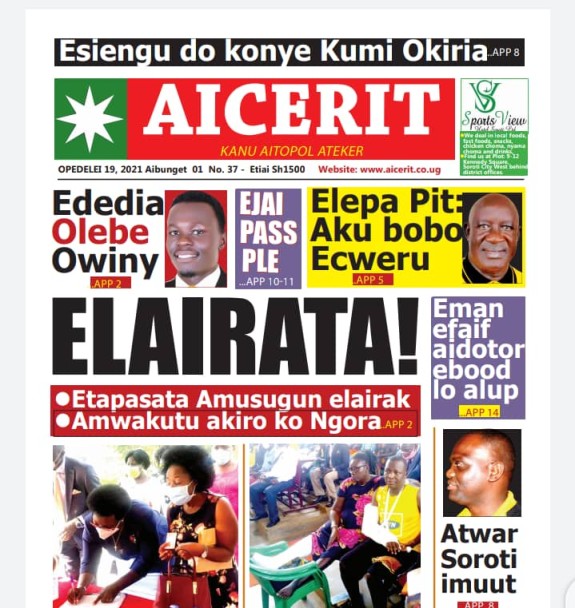 On March 20th 2020, President Yoweri Museveni made a national address and announced a full-time lockdown of the country, with only essential workers allowed movement. Journalists, health workers, security and cargo drivers were allowed to move and carry on with their work.

However, this was no guarantee that journalists could keep their jobs. Many media houses laid off workers and left very few, while others closed completely, due to financial constraints caused by the pandemic. Advertisers had closed offices and were working from home, they too were not making money, so they could not advertise. For Newspapers, the sales went down and they were not making enough to sustain payment of all employees.

At some media houses, journalists who were laid off decided to go to Court and challenge the unforeseen firing. It was unfair what happened to most of us, but how have we bounced back? While some, especially Editors decided to start up their own papers, online Magazines, some other colleagues decided to join farming and trade.

However, for James Ekweu and the team, coming together to form a Newspaper is what worked best for them. The team worked with one of the regional vernacular Newspapers owned by Vision Group, a multimedia conglomerate in Uganda. Before the lockdown, the company had several subsidiary companies which faced closure as soon as the pandemic hit. Some of these include the Regional Vernacular papers; Orumuri Newspaper published in Runyankore Rukiga, Etop Newspaper publishing in Ateso and Rupiny Newspaper publishing in Luo.

49 year old James Ekweu, joined Etop newspaper, as a freelance reporter in 1995. He later became a cartoonist, before advancing to Senior reporter and Sub Editor in 1998-2007. In 2008, I was appointed a deputy Editor for the same paper a job he handled until July 2014 when I was appointed, promoted and confirmed in one letter as Etop Editor. Ekweu was previously a teacher in Soroti Sec Sch, Soroti Municipal S.S and Labira Girls in Amuria before crossing from to work with Vision Group a government parastatal.

In March 2020, upon the outbreak of Covid 19, management advised the staff of Etop, Rupiny and Orumuri newspapers to halt publications and take leave. “After the one month leave, we were told to continue being home due to the lock down until on 11.5.2020 when we received phone calls from the HR informing us of the board’s decision to close the three regional papers hence no jobs for us. No warning was made. We were taken unawares! We however could not build any resistance” Mr. Ekweu says.

After losing their jobs, Ekweu and his friends set out to search for jobs. But in an economy where things were getting harder, companies closing down and others laying off staff, getting a job became even harder. This forced them to sit on a round table and decide to use their experience to start their own Newspaper.

So, how did they come up with the brilliant idea to start a newspaper? “An idle mind is a devil’s workshop. So we wanted something to keep us busy and relevant. Besides, we had that vast experience on the business and we saw vividly, the information gap left in Teso for the Ateso language readers” Ekweu says.

The Paper, named AICERIT (Literally meaning The Star ?) publishes weekly on Wednesday. The team has employed some other people including; Administrative Assistant who doubles as a receptionist, an accountant, journalists and sales Executives.

Asked if they are making any money, Ekweu said the business is not so lucrative, but they hope things will get better.

“Well, newspaper business is not as lucrative as many think. However, with our modest startup capital, we have consistently been printing and publishing weekly without missing out. We shall soon be celebrating our first anniversary unlike some other newspapers that opened in this region publishing in Ateso. We hope to stay as long as society and our communities support us. We shall cross the bridge when we reach out. We are however, also here to stay!” He said.

He says if it were up to him, every person in Uganda would have a job or business. Ekweu says it is unfair for people to stay unemployed and struggle to earn a living. “People of all professions need not be jobless. I know of very many nonprofessionals who have created their own jobs. I also know professionals in juicy positions outside their professions. E.g Doctors in rare businesses outside medicine!”

He hopes his and colleagues’ story may inspire other journalists to use their expertise and experience, in order to employ themselves as no one is guaranteed of the future.