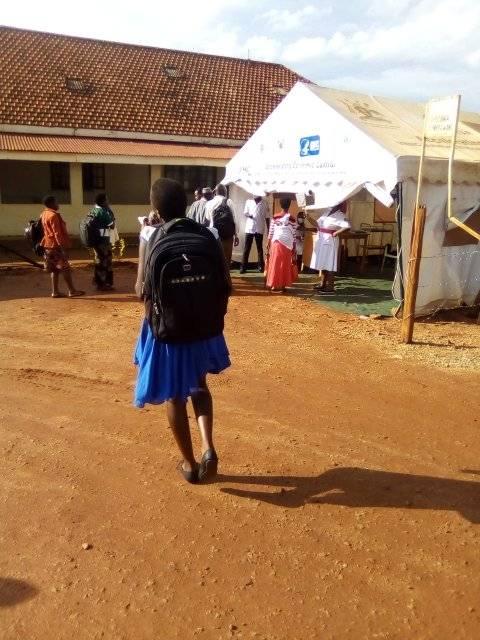 The number of people hospitalized at Mubende Regional Referral Hospital because of Ebola has reached thirteen.

Hospital officials say the 13 were picked up from Madudu Sub County in Mubende District where the deceased case was registered and Rujuburi Refugee Camp in Kyegegwa district on Wednesday evening.

According to Rosemary Byabashaija the Mubende Resident District Commissioner– RDC, 10 people were tracked down by the district surveillance team that was dispatched on Wednesday morning following the confirmation of the Ebola outbreak in the district.

Byabashaija adds that the team found the 10 very ill in Madudu Sub County where the outbreak was reported. One of them died upon arrival at the hospital, bringing to 8, the number of deaths resulting from the Ebola outbreak.

The first 7 people, among them, an enrolled nurse died before the outbreak was confirmed. The RDC, who also chairs the district Ebola task force, says 4 people from the Refugee Camp are being screened after presenting with Ebola symptoms while 9 are receiving treatment in the isolation center at the hospital.

According to Byabashaija, the medical team will bury the deceased’s bodies on Thursday as the surveillance team continues with its work in Madudu sub-county and other areas.

According to the Byabashaija, arrangements are underway to provide vaccines to health workers in the field as well as sensitization of the masses via the media, which has already started. She revealed that a team has been sent for surveillance and investigations at the St. Florence clinic in Madudu where the first 4 people died from.

Byabashaija attributes the earlier deaths to self-diagnosis and medication, which is still prevalent in the local communities.

Continue Reading
You may also like...
Related Topics:Ebola, Ebola in Mubende, Ebola Outbreak in Uganda, Featured