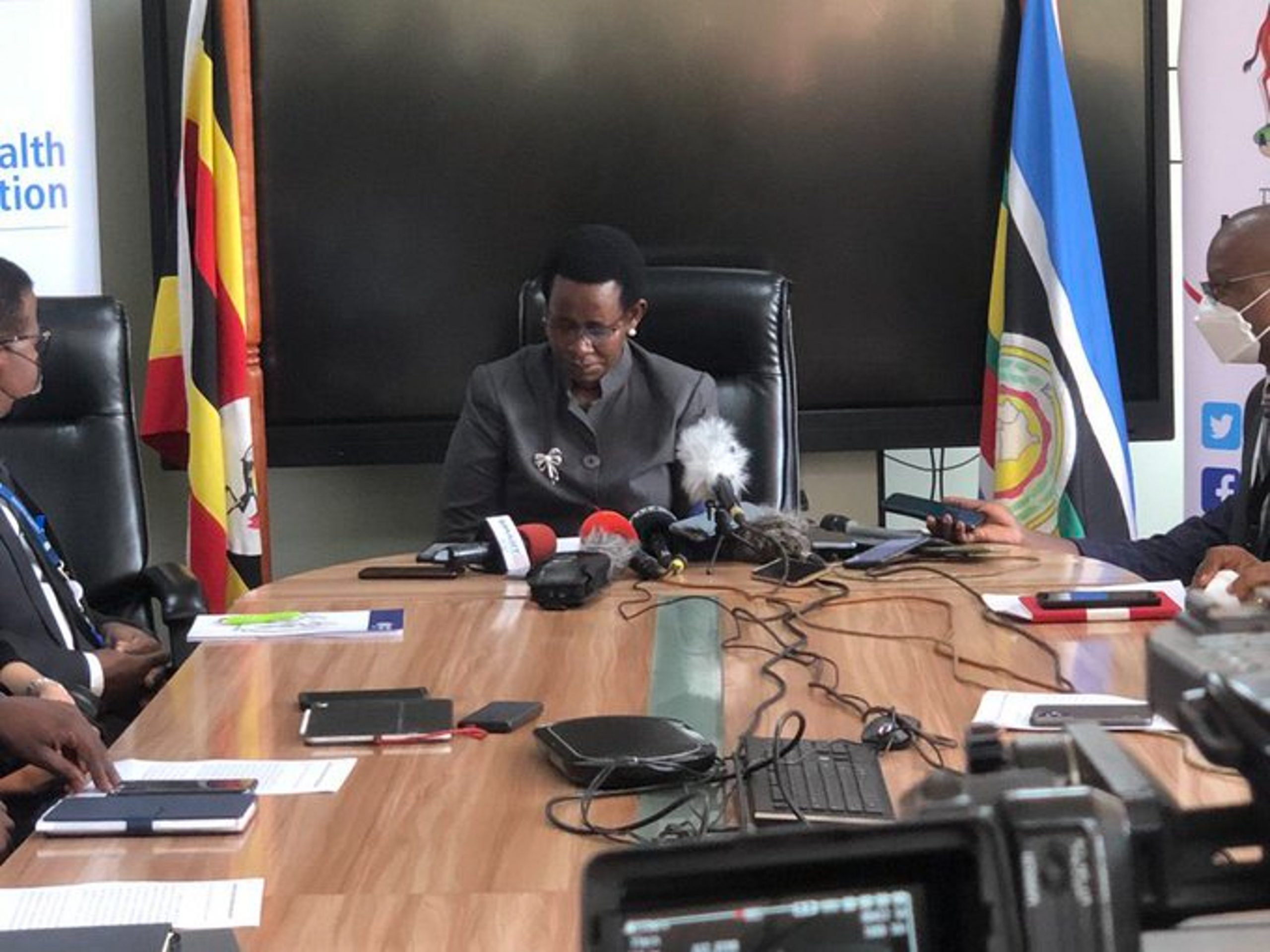 Uganda has confirmed an outbreak of Ebola Virus Disease (EVD) in Mubende District.

The confirmed case is a 24-year-old male a resident Ngabano village of Madudu Sub County in Mubende District presented with EVD symptoms and later succumbed.

According to Dr Diana Atwine the Permanent Secretary Ministry of Health, the clinical team took off samples for testing at UVRI and the results confirmed that the patient was positive for the Ebola-Sudan strain.

“The Ministry of Health and partners have dispatched a Rapid Response Team to Mubende District to support the teams in surveillance, contact tracing, and case management,” said Dr Atwine.

The incubation period, that is, the interval from infection with the virus to onset of symptoms is from 2 to 21 days. A person infected with Ebola cannot spread the disease until they develop symptoms.

Symptoms of EVD can be sudden and include:

This is followed by:

When living in or traveling to a region where Ebola virus is potentially present, there are a number of ways to protect yourself and prevent the spread of EVD.

Continue Reading
You may also like...
Related Topics:Ebola, Ebola in Mubende, Ebola Outbreak in Uganda, Featured, Ministry of Health