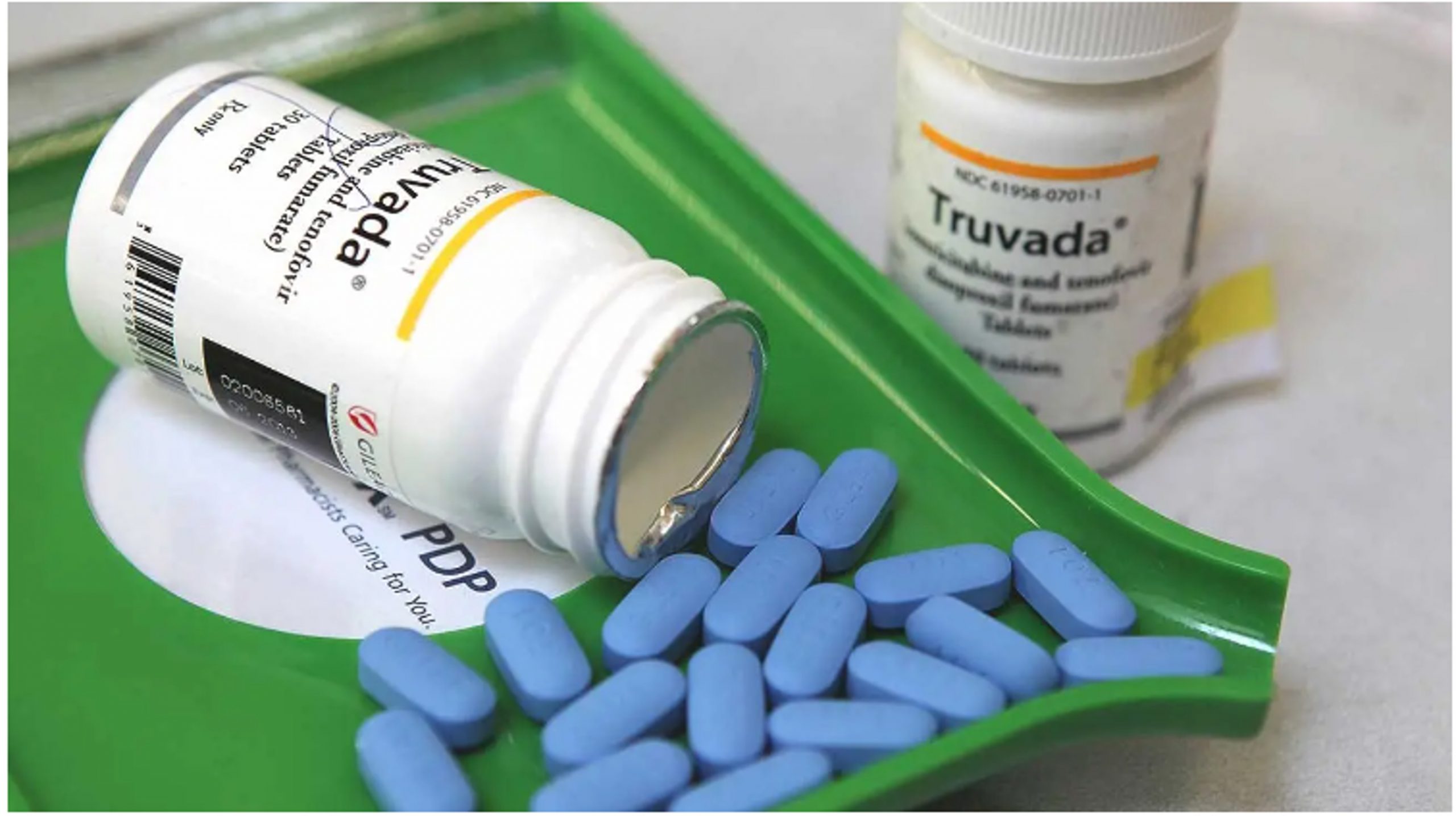 In 2019, the World Health Organization (WHO) updated its recommendation for pre-exposure prophylaxis (PrEP) to include event-driven PrEP taken before and after sex – also called on-demand PrEP or the 2+1+1 schedule – as an HIV prevention option for men who have sex with men.

The update was announced at the 10th International AIDS Society Conference on HIV Science (IAS 2019) in Mexico City. The conference featured numerous presentations on PrEP, including a report that no participants in the French Prévenir study who consistently used either daily or event-driven PrEP have acquired HIV.

HIV prevention is the most sought service by men who have sex with men (MSM) in Uganda. Unfortunately, some of them do not have access to such important information as same-sex marriage is still banned in the country.

The number of new HIV infections remains high in the country with over 48,254 new infections in 2018. Most of these new infections occur in Key Populations (KP) which include sex workers, men who have sex with men and people who use drugs.

However, strides have been made by gay rights organizations to ensure that men who have sex with men are given a chance to access the service for their safety.

The country is moving towards more strategic use of HIV resources which emphasizes the significance of addressing HIV in key populations as the cost-effectiveness of the response to HIV. One of the ways is through differentiating HIV services to key and vulnerable populations through Drop-In Centres (DICs) which has proved successful in increasing access and utilization of HIV services by these populations.

Drop-in centres (also known as “safe spaces”) are premises that provide key population community members with a comfortable place to relax, rest, get information, receive programme services, and interact with each other and with HIV prevention, care and treatment programme staff.

Drop-in Centres serve key population community members who are categorized as Priority populations, clients of key and Priority populations, Children and other family members of KPs. Here, they; Receive information on Health and HIV Prevention, care, and treatment, are mobilized to take up services, gather for events and activities, receive psychosocial services and support, and for referral to other services.

They are also used by clients to receive condoms and lubricants, receive HIV self-testing kits, exchange needles and syringes, and discuss, plan and respond to discrimination, stigma, and violence from the community. At DICs, KPs members are also trained (for instance in violence prevention, power analysis, advocacy, and livelihood skills), they rest, relax, shower, and meet other KPs, also for tracking KPs who are lost to follow up with the programs.

In the guidelines set by the Ministry of Health for establishing and operating a Drop In Centre, it is advised that in contexts where men who have sex with men are particularly discriminated against or criminalized, a dedicated space for MSM may become the target of harassment from law enforcement authorities or others. In these situations, the community and the implementing partner should consider how best to meet the needs of the community. One possibility is for an ally organisation that does not serve only (or specifically) men who have sex with men to host the safe space.

The particular DIC he works with receives at least 150 to 200 clients who come to pick up medicines or just receive counselling. He says that they receive PrEP, PEP, and lubricants among other things through the Infectious Disease Institute and they are linked to Kiswa Health Centre III.

The doctor is however quick to add that they have made relations with doctors from bigger hospitals where they send clients with complicated cases like surgery. This is because members of the community find it hard to confide in people they do not know or trust for fear of being stigmatized or putting their lives in danger.

“I have created relationships with doctors in referral hospitals who know the kind of work that I do. If I have a client who needs a surgical service, I know who to send them to. The reason members of the LGBTQI+ community come to us is because they fear discrimination that is out there. So, I always call my friends in the referral hospitals who I trust and send the clients to them,” he adds.

The doctor says that while they may run out of some supplies like condoms and lubricant, they have never lacked PrEP. Because most people prefer to have unprotected sex. The members of the community I spoke to use it on a daily to prevent themselves from contracting HIV.

“Most men that have sex with men do not like using condoms because it is undesirable when it comes to pleasure, they prefer to have unprotected sex. That’s why we highly encourage enrollment on PrEP because we want to try and protect them from HIV since they are at a higher risk than heterosexual men.”

However, despite the availability of the supplies, some of the members do not have enough information about the event-driven PrEP for men who have sex with men as recommended by the WHO. Currently, many MSM still take daily PrEP like their heterosexual counterparts because this is the only information available from the Ministry of health.

According to the doctor, event-driven PrEP is only supposed to be taken when the person is going to have sex. Event-driven PrEP involves taking a double dose (two pills) of Truvada (tenofovir disoproxil fumarate/emtricitabine) between 2 and 24 hours before sex is anticipated, and then, if sex occurs, one pill 24 hours after the double dose and another 24 hours later. If sex occurs several days in a row, one pill should be taken each day, until 48 hours after the last event.

I spoke to two members of the community Tobby and Nick (not their real names) and both go to the DICs in search of PrEP. However, they both told me that they have not received information about this event-driven PrEP and they take the daily one as instructed by the Ministry of Health. Nick says that in the early days of using the medicine he got some side effects.

“I got constipation, Nausea and headaches, but everything else was okay. I have referred some friends to DICs and they too have been helped,” says Nick.

For Toby, the thought that other members of society may know that DICs are used by men who have sex with other men scares him a lot. He says these are safe spaces where he feels comfortable sharing with the medical workers about his sexuality.

“Do other people know the DICs we use? If so, this scares me. I always use DICs after a friend referred me. At first, I picked PEP, but now I get PrEP. I have read about this event-driven PrEP but I have been on daily one for three months now. The health worker did not tell me anything about the event-driven, then just handed me the medications with instructions to take per day,” says Toby.

The health worker says they try as much as possible to provide the information to their clients.

“For people that have unpredictable sexual behaviour we recommend that they take one pill every day. But for people who have predictable sexual behaviour say only on weekends, we tell them to take two pills 2-24 hours before they have sex, one pill the day after having sex and another one the following day, making it four pills. We give this information, but even when the WHO and CDC have approved the event-based PrEP, the Ministry of Health has not yet approved it. The DICs are monitored by the government and they know that everyone is taking daily PrEP and that is the information they are promoting. But at our clinic, we give our clients all the information

The DICs act as safe spaces and according to the members of the LGBTQI+, most of them have been helped. However, the language used in the guidelines for operating DCIs is still unclear with the government refusing to mention the LGBTQI+ community as beneficiaries of the programmes. The government insists the centres serve key population community members, it is unclear who these are. As a result, members of the community like Toby are scared for their lives because they have to share these centres with other people, which may put them in danger of being harmed.

Also, the shutdown of the operations of Sexual Minorities Uganda, SMUG will affect most of the members who have benefited from the organization. The organization whose mandate is to protect and promote the human rights of lesbian, gay, bisexual transgender, and Intersex Ugandans was ordered to shut down its operations on Wednesday, 3rd August 2022 by the National Bureau for Non-Governmental Organizations (NGO Bureau) for non-registration.

In 2012, Frank Mugisha and others applied to the Uganda Registration Services Bureau (URSB) under Section 18 of the Companies Act, 2012, for the preservation of the name of the proposed company. However, in a letter dated 16th February 2016, the URSB rejected the application to reserve the name ‘Sexual Minorities Uganda’ because the name was “undesirable and un-registrable that the proposed company to be incorporated to advocate for the rights and wellbeing of Lesbians, Gay, Bisexual, Transgender and Queer persons, which persons are engaged in activities labelled criminal acts under sec.145 of the Penal Code Act.” A decision that was upheld by the High Court of Uganda.

According to Dr Mugisha, the refusal to legalize SMUG’s operations that seek to protect LGBTQ people who continue to face major discrimination in Uganda, actively encouraged by political and religious leaders was a clear indicator that the government of Uganda and its agencies are adamant and treat Ugandan gender and sexual minorities as second-class citizens.

“These further compromises efforts to demand better health services and escalates the already volatile environment for the LGBTQ community,” he says.

He urges the Government of Uganda as a signatory to major international and regional human rights instruments to uphold their obligations to protect all Ugandans regardless of their sexual orientation, gender identity, expression, and sex characteristics.

“We urge the law enforcement institutions to desist from using the NGO Bureau pronouncement as a tool to witch-hunt, harass, torture, and arbitrarily arrest members of SMUG and the entire LGBTQ community in Uganda, as this has automatically escalated an already hostile environment.

Bilateral partners should continue to dialogue with the Government of Uganda on upholding the Freedom of Association and Assembly and human rights of all within her boundaries. We also call upon all civil society organizations to strongly speak out and stand in solidarity with SMUG and the entire Ugandan LGBTQ Community,” Mugisha adds.

The outbreak of monkeypox which health officials insist is spreading faster in men who have sex with other men could also pause a threat to the community since all communication is being targeted at them. Organizations like SMU would be in a better position to defend the men who have sex with men when the information being packaged by the government is finally released to the media and public.

Continue Reading
You may also like...
Related Topics:Drop In Centres, Featured, HIV, LGBTQI+, Men who have sex with men, PrEP