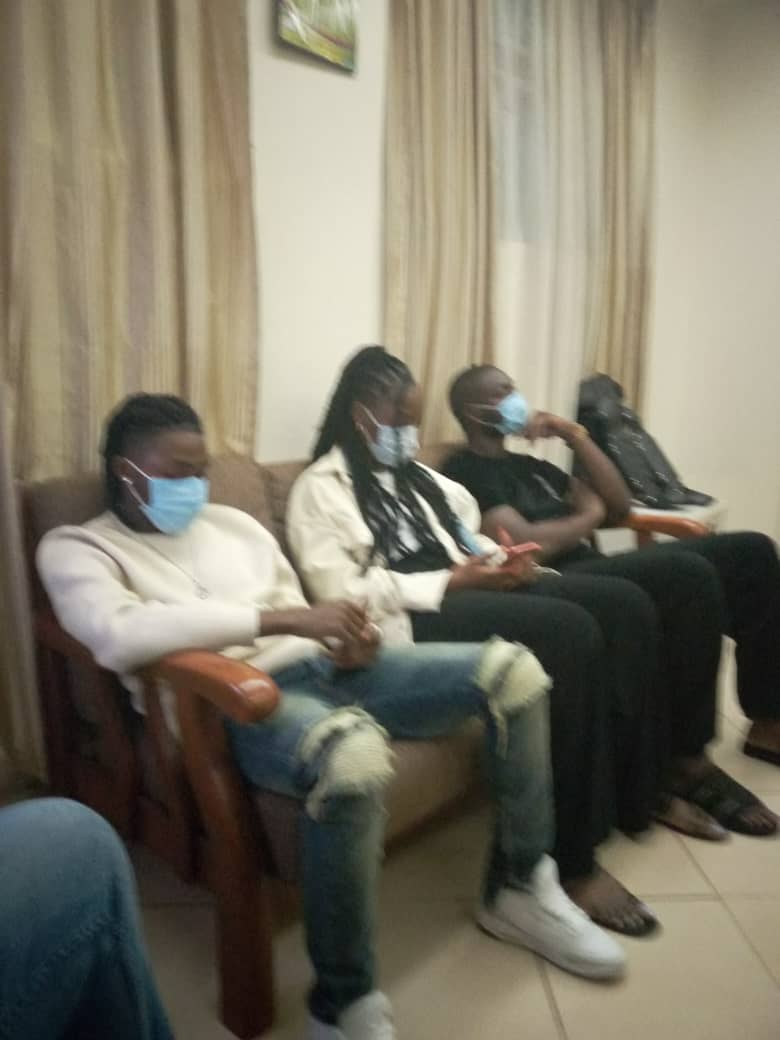 The police in Kampala have arrested three people including a Nigerian singer, in connection to the unauthorized concert that was held on Saturday night in Ddungu Resort in Munyonyo, Kampala City.

Patrick Onyango the Kampala Metropolitan police spokesperson identified those arrested as; Ivan Ddungu, the manager of the place where the concert was held, Omah Lay the musician and Prim Kasana, Events Manager, who contracted Omah Lay to sing.

Police is also looking for the area Officer in Charge of Police Station for failure to detect the criminal acts that took place in his area of jurisdiction.

“It is alleged that the organizers of the show disguised that it as lunch and dinner event, but later on at night they started inviting artistes to perform. The suspects are detained at Katwe Police Station and are being charged with doing acts that are likely to cause the spread of infectious disease, which is corona virus” Onyango said.

On the onset of the COVID19 pandemic, the president directed that music concerts should be stopped and the directives still stand.

Onyango says police condemns the act of some selfish individuals, who are bent on violating the directives on CONVID-19 to make money and risks the lives of many Ugandans.

“We appeal to members of the public to adhere to the Ministry of Health guidelines on COVID-19 and follow all the SOPs” he added.

Hundreds of people gathered at Dungu resort in Munyonyo for the concert on Saturday. The event has attracted criticism from several Ugandans especially local musicians who have since demanded that government opens the entertainment sector so they can start performing again.