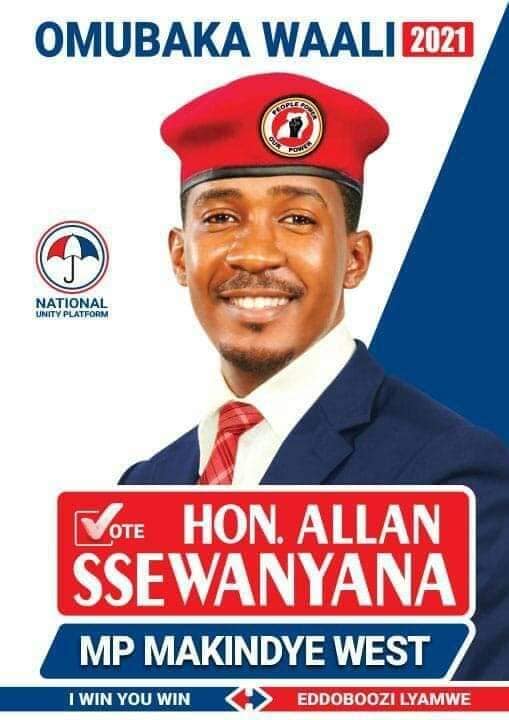 MPs Muhammad Ssegirinya and Allan Sewanyana have lost an application in which they were seeking compensation of 300 million shillings and a declaration that their rearrest shortly after being granted bail was a violation of their human rights The International Crimes Division of the High Court has dismissed the application on Monday afternoon.

The legislators were first arrested on September 7th, 2021 alongside seven others in connection to the machete killings in greater Masaka districts.

On 21st, September 2021 they were granted bail, but shortly after that, the police re-arrested them from the outskirts of Kigo Prisons on fresh murder charges preferred against them stemming from the Lwengo district machete killings where more than 20 people were killed.

This prompted their lawyers including Samuel  Muyizzi Mulindwa, Shamim Malende and Kassim Sekalema, to petition the  International Crimes Division of the High Court seeking compensation of 300 million shillings and release from prison where they argued that their clients were illegally being imprisoned.

The lawyers told Court that the legislators were illegally re-arrested because they had shortly been granted bail by Justice Victoria Katamba and fulfilled all the bail terms including payment of 20 million shillings each.

The Court also heard that Ssegirinya and Ssewanyana were tortured, and manhandled to the extent of causing their bruises and injuries on their bodies which were inhuman, degrading and also a violation of their human rights enshrined in the constitution.

However, the  Prosecution led by Richard Birivumbuka opposed their application saying the two are properly in jail at Kigo prison because they have pending murder charges on which Masaka High Court Judge Lawrence Tweyanze denied them bail.

In her ruling delivered on Wednesday afternoon, Justice Elizabeth Alidviza found out that the manner in which the MPs were rearrested was irregular and inhuman but declined to order the government to compensate them saying that they have pending murder charges.

Justice Alidviza added that the MPs are in lawful custody at Kigo Prison and as such the order requesting for the declaration that they are in unlawful custody and subsequent release pending trial is therefore unattainable.

She accordingly ordered the MPs to reappear in Court on 19th, July 2022 for their case to be mentioned. The ruling by Alidviza has been read by the International Crimes Division Registrar Pamela Lamunu in an open Court in Kampala.

The ruling by the  International Crimes Division of the High Court comes a few hours after the Court of Appeal Justices comprised by Cheborion Barishaki, Christopher Izama Madrama and Eva Luswata declined to entertain the MPs’ bail appeal saying it had no jurisdiction to do so.