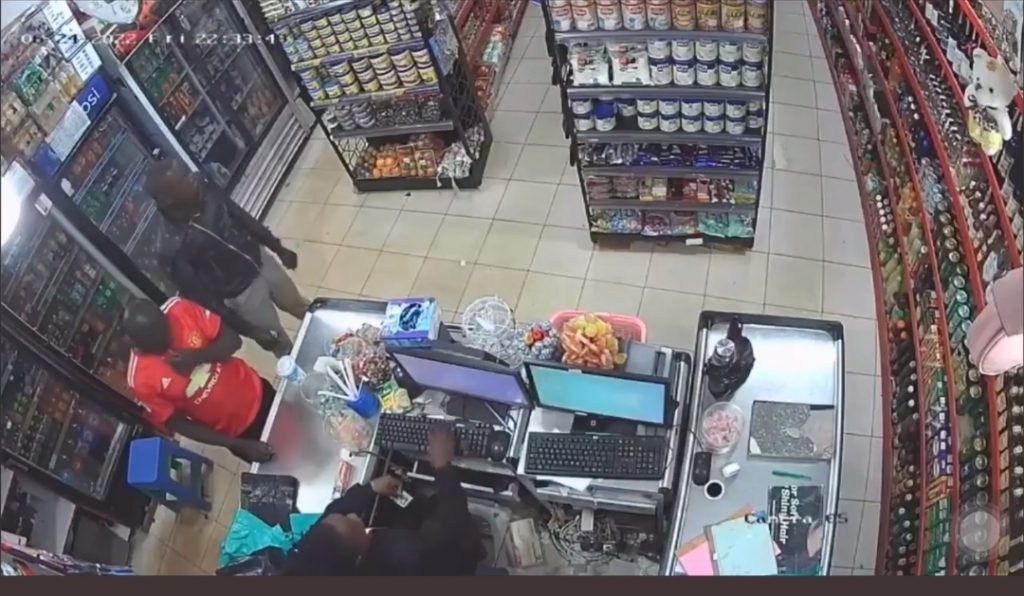 The Flying Squad Unit and Mukono Police have arrested in custody two suspects, linked to the aggravated robbery at Spice Supermarket, located Ku Ssatu, in Namubiru ward, Mukono Central Division in Mukono Municipality which occurred on the 25.06.2022.

According to CP Enanga Fred Police Spokesperson, the duo was identified by one of the witnesses who saw them escaping from the scene.

“We are now working towards the recovery of the gun and identifying other members of the gang, who appear to be an amateur group. Such groups are usually desperate, panicky more high risk and willing to use violence,” says Enanga.

He added that they shot a bullet through the computer, which injured Ssekandi Irene, through the stomach and exited from the back. “We wish her quick recovery. A team of counsellors from CID Headquarters has been dispatched to offer counselling services to the victim.”

Enanga says that although attacks on supermarkets have not been so regular, they anticipate more retail crimes on supermarkets, mobile money points, retail shops, markets etc, which continue to be at risk, due to high levels of unemployment among the youth, use of drugs, change in criminal tactics, where robbers attack softer targets with lesser security, such as supermarkets and the opportunity of get-away.

Other than guns, knives, machetes, screw drives and other sharp objects are used.

“As the Joint Security Agencies, we have deployed more manpower both overt and covert in Mukono, to help dismantle the criminal gangs behind retail crimes. We also call upon the public to strengthen their neighbourhood watch programs and also boost security measures like connecting their alarms to police stations and deploying a sufficient number of private security guards.”