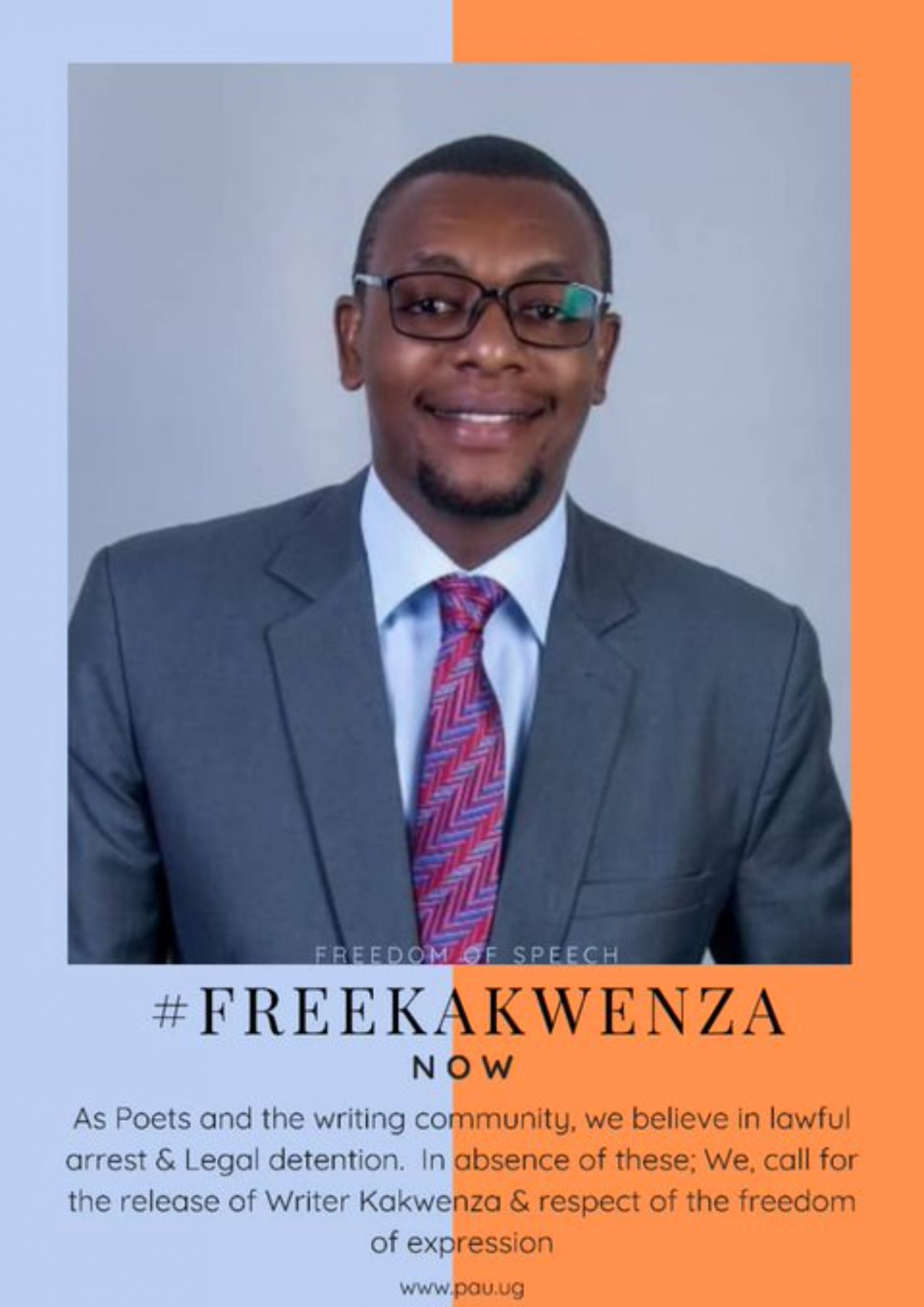 Kakwenza appeared before the Buganda Road Chief Magistrates Court presided over by the Chief Magistrate Dr. Douglas Singiza through a zoom link connection to Kitalya Min Max Prison on Friday.

The session was expressly organized to inform him of the status of investigations into charges of offensive communication that were preferred against him.

The state accuses the writer of using his Twitter handle @KakwenzaRukira to allegedly disturb the peace of President Yoweri Museveni and his son Lt General Muhoozi Kainerugaba with no purpose for legitimate communication.

State Attorney Joan Keko objected against the bail application and informed Court that investigations into the matter were still ongoing.

Kakwenza through his lawyers led by Eron Kiiza and Samuel Wanda asked to be released on bail on grounds that he is a torture victim who needs to seek medical attention from a medical facility of his choice.

According to a doctor’s letter from Uganda Prisons Service, an examination was carried out and found Kakwenza with “healing scars” on the back, the buttocks, thighs, and hands.

The letter signed by Dr. Kisambu James on behalf of the Commissioner general also indicates that the writer is on medication for healing scars, which they maintain were sustained before being remanded to Kitalya Mini Max prison.

Kiiza submitted the same letter to the court.

He prayed for the court to release Kakwenza on a non-cash bail arguing that he survives on selling his literature and one cannot tell when he will sell again if at all court orders him to pay for his bail.

However, the State Attorney still opposed the application arguing that although there is a medical report from Prison, it doesn’t show that the injuries sustained by Kakwenza are a result of torture.

Keko asked the court to deny him bail arguing that there is a likelihood that Kakwenza is most likely to interfere with investigations once granted bail.

She went on to pray, that if the court is to grant bail, it should order Kakwenza to deposit his passport and Identification Card such that he doesn’t flee the country before the case is concluded.

The request was however rejected on grounds that the Principal Judge Dr. Flavian Zeija has ordered Judicial officers not to retain original identification documents.
The matter was adjourned to January 25, 2022, and on this day, Singiza will deliver his ruling on the bail application.