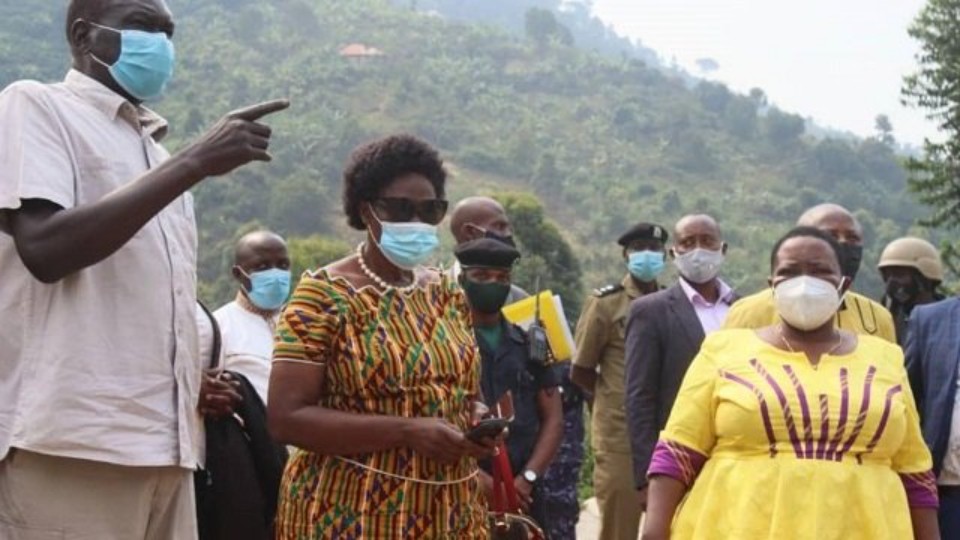 Rt. Hon. Robinah Nabbanja the Prime Minister of Uganda has disallowed some of the non-food relief items that were sent to flood victims in Kasese District.

During her visit to the area on Tuesday, Nabbanja said that the items including 1,000 mosquito nets and 1,000 blankets were substandard and not fit for human use.

The nets, she says, were very small in size while the blankets were too light.

The Premier also questioned the quality of beans that had been given to the flood victims, saying that they were equally not good for human consumption.
Nabbanja, made an impromptu check at the district headquarters in Rukoki on Tuesday, demanded that the items be returned to wherever they were bought from and that the persons responsible for the procurement of substandard items should be held liable, and organize another assortment by end of today for delivery.

She was however told, that they had come from her office.

The Premier questioned the number of people in the camp, arguing that the quoted number of Internally Displaced Persons in her office was much higher compared to what she witnessed on the ground. She promised to send a team of experts to assess the numbers.

Meanwhile, Eng. Hillary Onek, the Relief, Disaster Preparedness and Refugees Minister said they will follow the PM’s directive and ensure that the victims receive additional support. But declined to explain how substandard items were purchased for the victims.