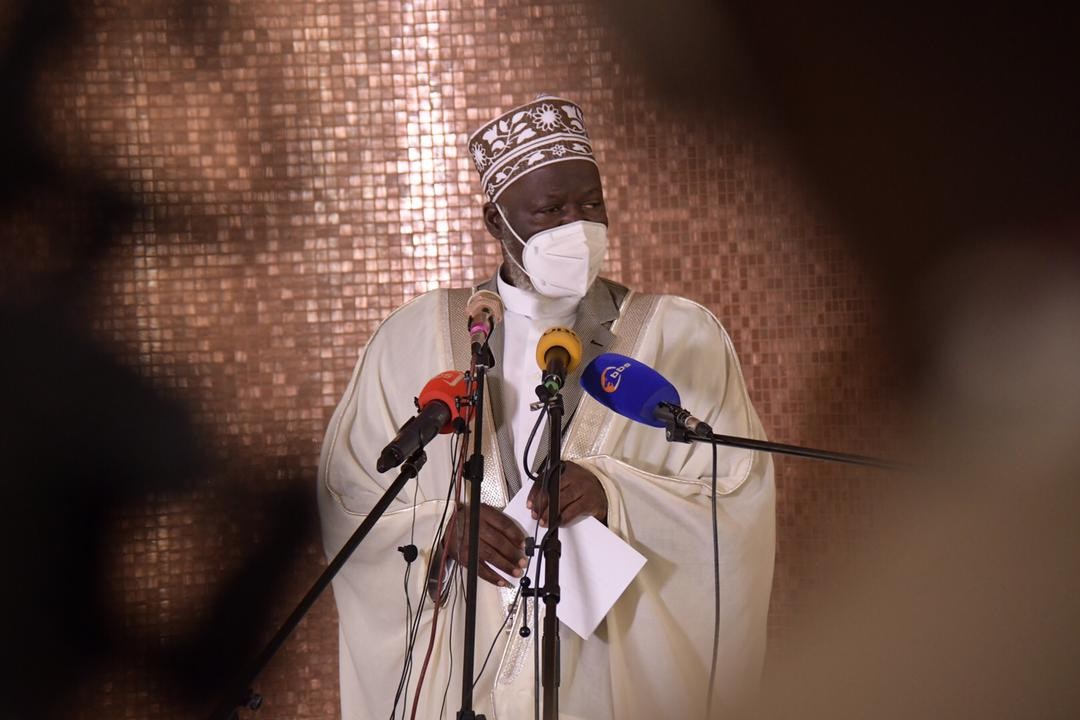 Cash distributed to the vulnerable people in Uganda, has not impacted people and the programme should be reversed, the Mufti of Uganda, His Eminence Sheikh Shaban Ramathan Mubajje has said.
The development was carried in Sheikh Mubajje’s Eid Aduha message delivered during prayers at Gaddafi National Mosque in Kampala. Today, the Muslim community across the world celebrates Eid Al-Adha, also referred to as the Festival of Sacrifice which is one of the most important festivals on the Muslim calendar.

during prayers, Mufti Mubajje said that while they appreciate the government for putting in place measures to assist the vulnerable by giving them cash this time, the cash has not impacted the people…the needy.

“We desire that this is reversed,” he said.
Sheikh Mubajje instead advised government to procure food and deliver it to the households like it was done in last year, since cash has hardly reached the vulnerable Ugandans compared to food distributed earlier.

Mubajje also criticized authorities for stopping well-wishers from distributing food to starving households, arguing that such people should be guided to ensure that the food is distributed in accordance with the Covid-19 SOPs.

On Monday, the Prime Minister banned the distribution of food to vulnerable people during the lockdown on grounds of contravening standard operating procedures (SoPs) and quality of handouts.

Meanwhile, the Mufti appealed to Ugandans to continue following the Standard Operating Procedures- SOPs to ensure that the spread of Coronavirus is stopped and urged them to embrace the vaccination exercise.