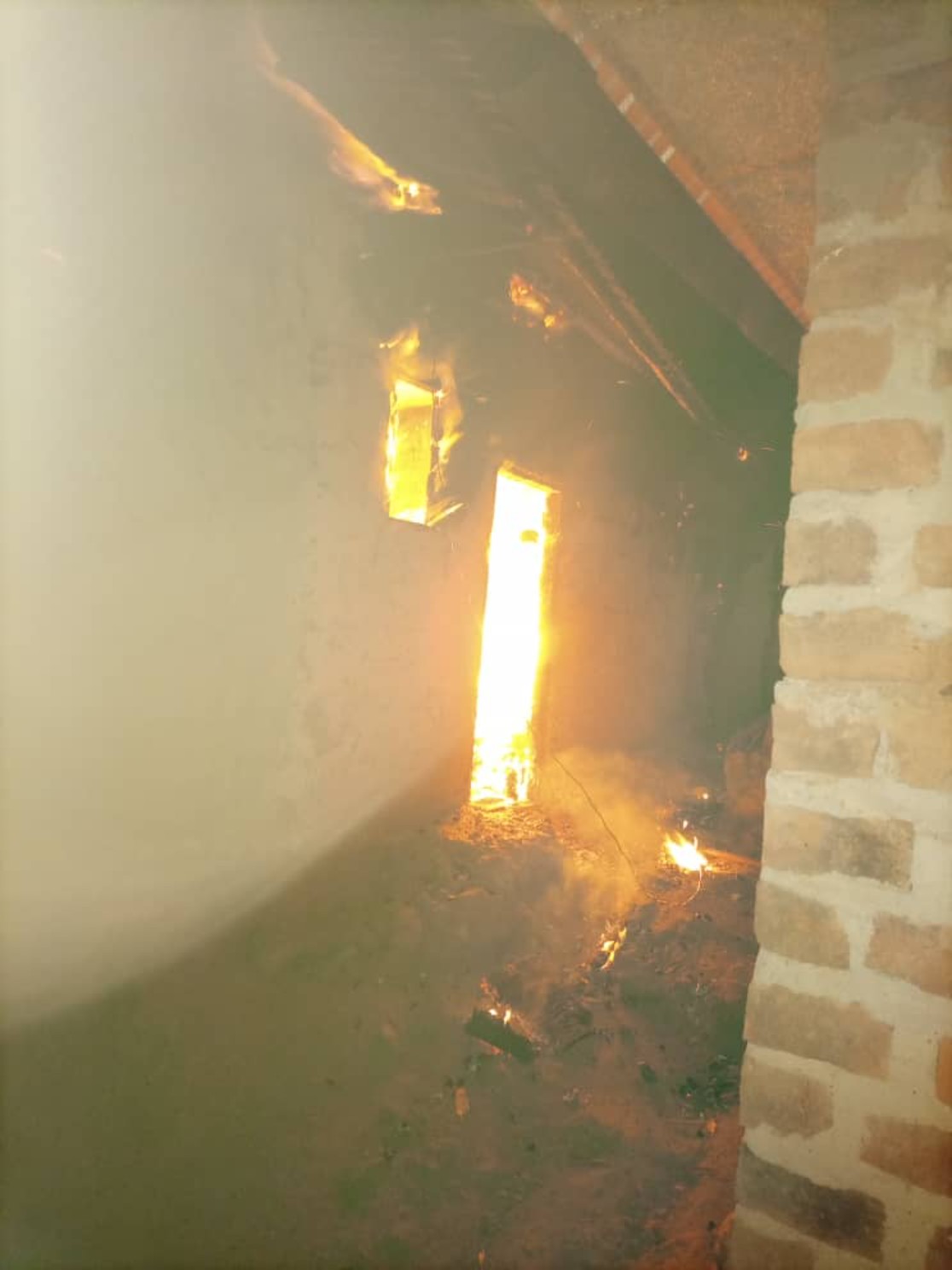 The police in Rubanda have on Monday morning arrested the man who burnt his entire family to ashes over the weekend.

The suspect is identified as Ahimbisibwe Felix Vian alias Armstronga a 45-year-old man who on Saturday 12th June 2020, locked his three children and their mother inside the house, before setting it on fire.

According to Maate, the suspect was arrested at around 0400hrs from his hide out in the bush within his village by police as he was planning to escape using a motor cycle.

However, the boda boda rider he had contacted to help him flee, worked with police and helped them capture the murderer.

He is currently in detention and inquiries ongoing to establish the rightful cause, thereafter will be arraigned before courts of law.

On Saturday 12/06/20,21 at around 22:30 hrs at Habutobere village Butare parish Muko sub county Rubanda district, residents were sent into shock when the suspect, using nails, locked his family into the house and set it ablaze.

The suspect also locked the immediate neighbor’s house, top prevent the occupants from saving his family.

It is alleged that they had family wrangles for long that caused the man to marry a second wife.