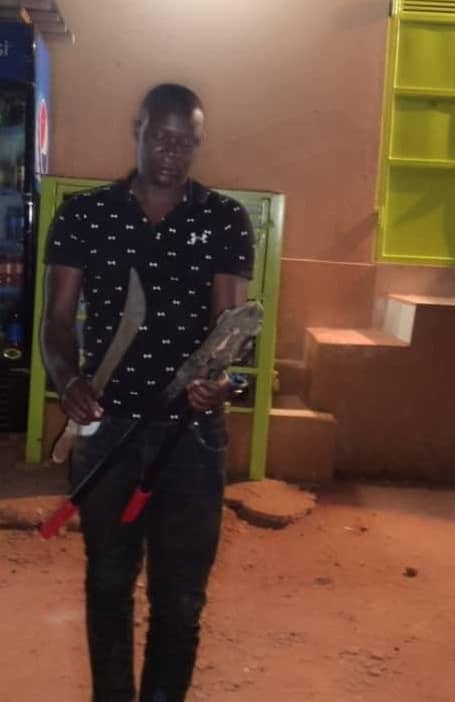 The police at Kabalagala have in cuatody one Ismael Katerega, a resident of Masajja and a boda boda rider at Bikajjo stage Shauri yako.

It is alleged that at around midnight on Thursday while the police were patrolling in areas of Munyonyo, he was spotted with two other men on the motorcycle registration number: UFJ 375k at around Total Petrol Station Munyonyo during curfew time.

A pursuit ensued and he was arrested.

However, two of his accomplices managed to flee. Efforts are underway to have them arrested.

Luke Owoyesigyire the Deputy police spokesperson for the KMP area says that upon search, the suspect was found with house-breaking implements and a panga.

He also had a phone, which he admitted to having stolen from someone man around Kansanga yesterday evening.

Upon interrogation, he said they were on their way for a robbery mission. He is currently detained at Kabalagala Police Station as investigations continue.