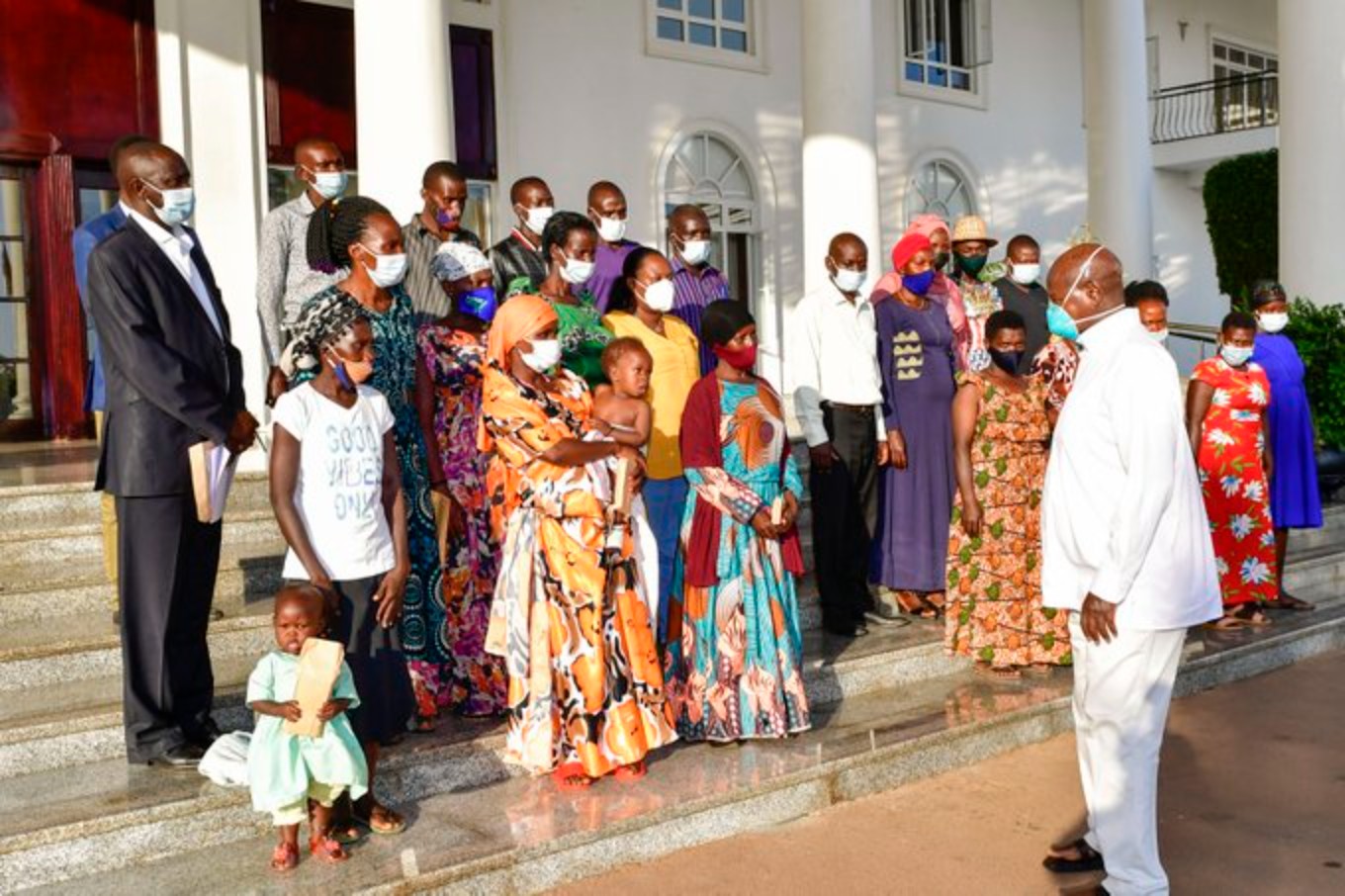 25 people from families that lost their relatives in machete attacks in Masaka sub-region met President Museveni at State House in Nakasero early this month and each representative received Shillings 10million from the president as condolence fees.

The development came into light after three relatives of Francis Ruhamyakaaka, one of the those murdered at Nakateeta Village Kisekka sub-county in Lwengo district made a formal complaint to Lwengo Resident District Commissioner over their condolence fees that went into the wrong hands.

George Mbonimpa, a cousin to the deceased led his family in accusing Mbabazi of deliberately conniving with other people to present a fake person as their family representative.

Mbonimpa says the real relatives of Ruhamyakaaka were swapped with Fred Ssentongo who was just a family friend. He reportedly received the money, which he shared with security officers.

He and the deceased came to Lwengo as casual laborers from Kisoro district. Mbonimpa says that when the murder happened, he moved to their home district to notify their family, which gave advantage to unscrupulous people to falsely receive the money and share it.

He reported the matter to the local police station, which he has kept tossing him prompting them to run to higher offices.

To prove his claims Mbonimpa and two other relatives on Wednesday presented introductory letters from their local leaders and security in Kisoro district to Lwengo RDC, Herman Ssentongo confirming the particulars of the deceased person and his relatives.

Now, Ssentongo has instructed Peter Twala, the Lwengo District Police Commander to arrest all the people mentioned in the fraud and to record statements in relation to the allegations.

He noted that security will carry out verification on all people that received the money to ensure that it went to the right people.

Meanwhile, Ibrahim Kitatta, the Lwengo district LC V Chairperson also said that he is contact with higher police authorities to help mobilize support required to enable relatives to exhume the body and take it for a decent burial.