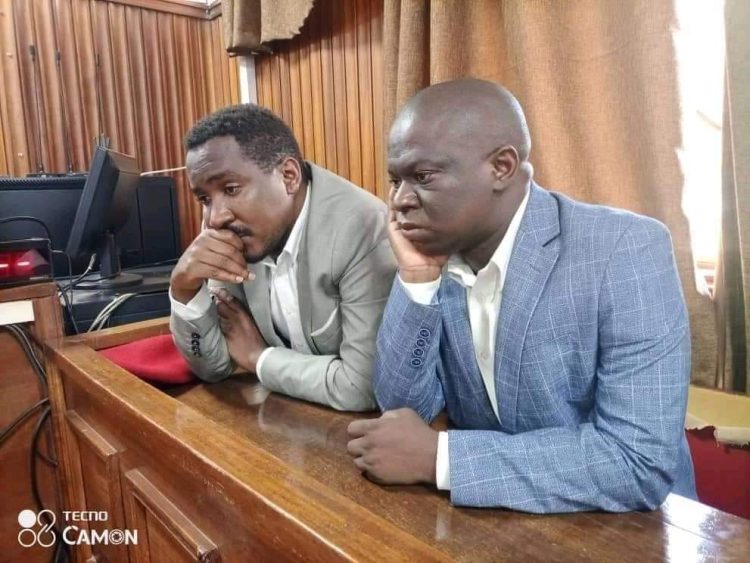 The case has been adjourned by Registrar Pamela Lamunu Ocaya, that’s according to KFM.

Now both MPs Ssewanyana, Ssegirinya, and their 4 co-accused persons are set to spend their second Christmas in prison on charges of murder, terrorism, and attempted murder relating to the spate of machete murders that rocked the greater Masaka Region in 2021.

However, immediately after the Court session, the MPs’ lawyer, Samuel Muyizzi Mulindwa explained that due to Ebola/COVID-19 restrictions, they have denied them an opportunity to have access to their clients and sign crucial documents to enable them to file a constitutional petition challenging their trial and wondered why Masaka High Court has delayed fixing bail applications.

He added that since prison authorities barred members of the public from accessing inmates for fear of the spread of Ebola and COVID-19, it has been difficult for them to talk to their clients to swear and file supporting affidavits to their petitions.

The MPs were today not physically produced before Court, something that prompted the registrar to issue a production warrant directing prisons to produce the suspects physically on February 20, 2023.

Continue Reading
You may also like...
Related Topics:Featured, Ssegirinya, Ssewanyana