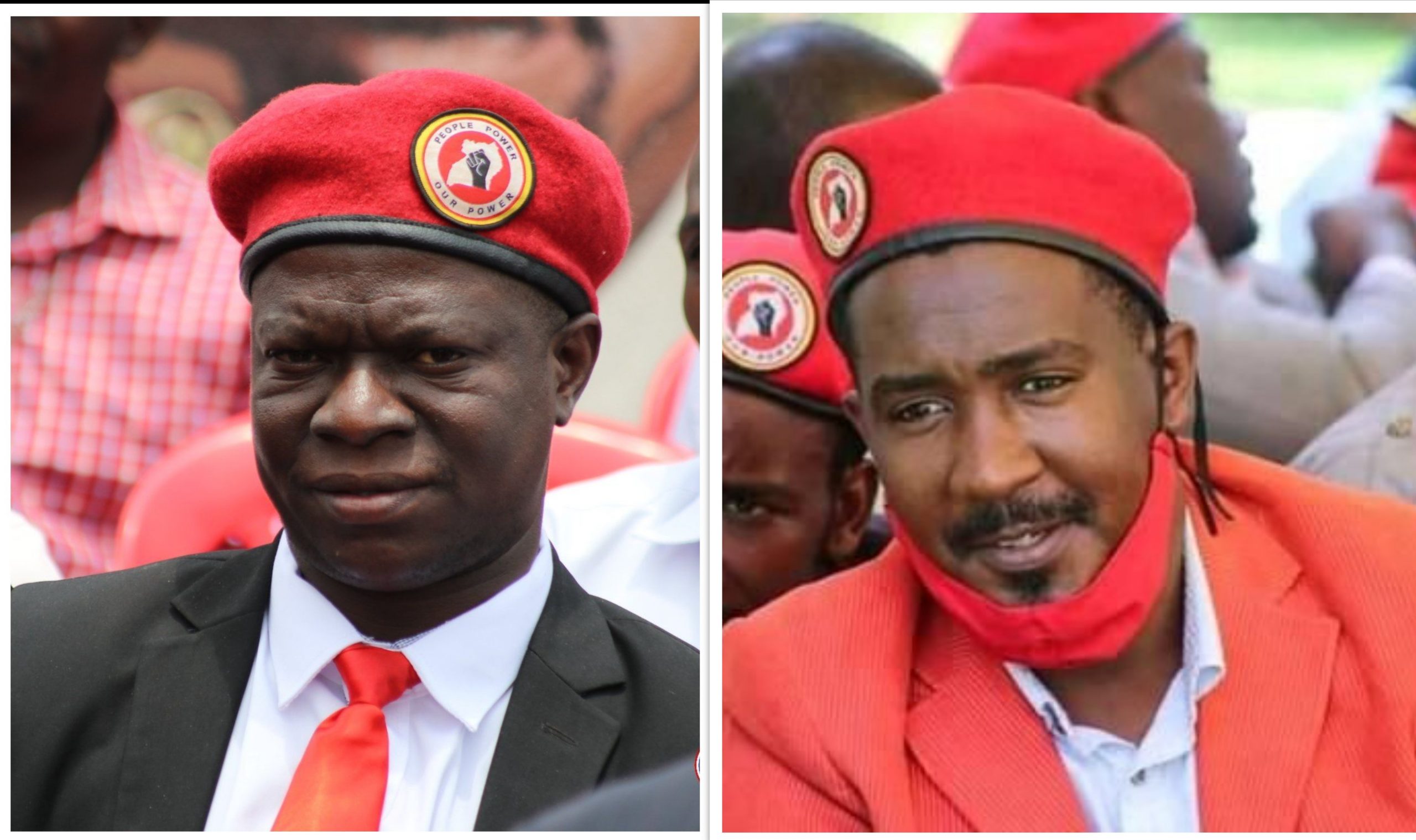 The International Crimes Division of the High Court has dismissed an application in which jailed Members of Parliament Muhammad Ssegirinya and Allan Ssewanyana wanted to refer their terrorism file to the Constitutional Court for interpretation of legal questions.

The Court presided over by Lady Justice Alice Komuhangi Khauka on Thursday dismissed the application saying that it lacked merit and that there was nothing Constitutional for the Constitutional Court to interpret.
Ssegirinya and Ssewanyana are jointly charged with four others including Jackson Kanyike,  John Mugerwa, Bull Wamala, and Mike Sserwadda.

On November 21, 2021, Masaka Chief Magistrate’s court committed the group to face trial in the International Crimes Division of the High Court-ICD on a string of charges including murder, attempted murder, aiding, and abetting terrorism.

The charges stem from their alleged involvement in the greater Masaka machete killings which occurred between March and June 2021, which claimed more than 20 people and left scores injured.

The legislators also shortly after being granted bail on these charges they were rearrested and charged on a separate file with the murder of Joseph  Bwanika a resident of Kisekka Subcounty in Lwengo District, a file that is pending before the Masaka High Court.

But last week, their lawyers including Caleb Alaka, Shamim Malende, Erias Lukwago and Samuel Muyizzi Mulindwa,  the legislators asked the ICD Court to refer the matter to the constitutional court for it to determine whether the protection of witnesses in a manner that was decided and ordered by the Court does not contravene the constitutional articles on the right to a fair hearing.

They also wanted the Constitutional Court to interpret whether the act of proceedings based on similar charges with similar facts in parallel courts both in Masaka and ICD does not cause double Jeopardy and miscarriage of justice. They argued further that the rules of the ICD have never been tested by the Upper Constitutional Court and Supreme Court on matters touching the rights of the accused persons, especially about witness protection and disclosure of their identities and they, therefore, sought reference for constitutional interpretation.

On other hand, the  Prosecution led by Joseph Kyomuhendo and Richard Birivumbuka asked the Court to dismiss the application arguing that it was a disguised appeal meant to delay the trial of the accused persons and that the protection of witnesses does not in any way require constitutional review.

In her ruling delivered today Judge Komuhangi has dismissed the application saying that by the time she made a decision on the protection of witnesses, she was very mindful of the rights of both the accused persons and the state witnesses and that’s why she directed that the disclosure with the defence lawyers should be done in a summarised manner.

Komuhangi said she respectfully disagreed with the submissions of the defence lawyers to the effect that the rules of ICD needed to be tested in the Constitutional Court, saying the rules they wanted to be tested have been in existence and operational since 2016 and nobody has ever complained.

According to Komuhangi therefore,  the  ICD rules are neither illegal nor unconstitutional and she has subsequently found that they do not violate the right to a fair hearing and neither will the accused persons be prejudiced in any way by subjecting them to ICD rules.

To support her arguments, she has relied on a case filed by one Ismail Serugo against the Attorney General and Kampala Capital City Authority where the former Chief Justice Wako Wambuzi held that the trial court has powers to decide whether the matters being raised before her require constitutional interpretation or not, before forwarding the file to the Constitutional Court.

On this, Komuhangi said it’s not just a matter of saying that there are matters that need constitutional interpretation without establishing a prima facie because the Supreme Court held that it’s not mandatory to refer the matter to the Constitutional Court after the moment a party has asked for such a reference.

On the issue as to whether the trial of the accused persons in two separate courts will not cause a miscarriage of justice,  Komuhangi has ruled that she already pronounced herself on this matter and therefore she cannot go back to it.
She has accordingly directed the pretrial hearing to continue on November 7th 2022 and the accused persons who have appeared in court via a zoom link connecting to Kigo Prisons have further been remanded until then.

One of the defence lawyers Muyizzi Mulindwa has told Uganda Radio Network that the ruling is absurd but they respect it and they will talk to their clients to see the next step to take.

Continue Reading
You may also like...
Related Topics:Featured, Ssegirinya, Ssewanyana

Man caned to death by his clan members for assaulting his wife
Police officer in trouble for shooting, injuring his boss
Advertisement