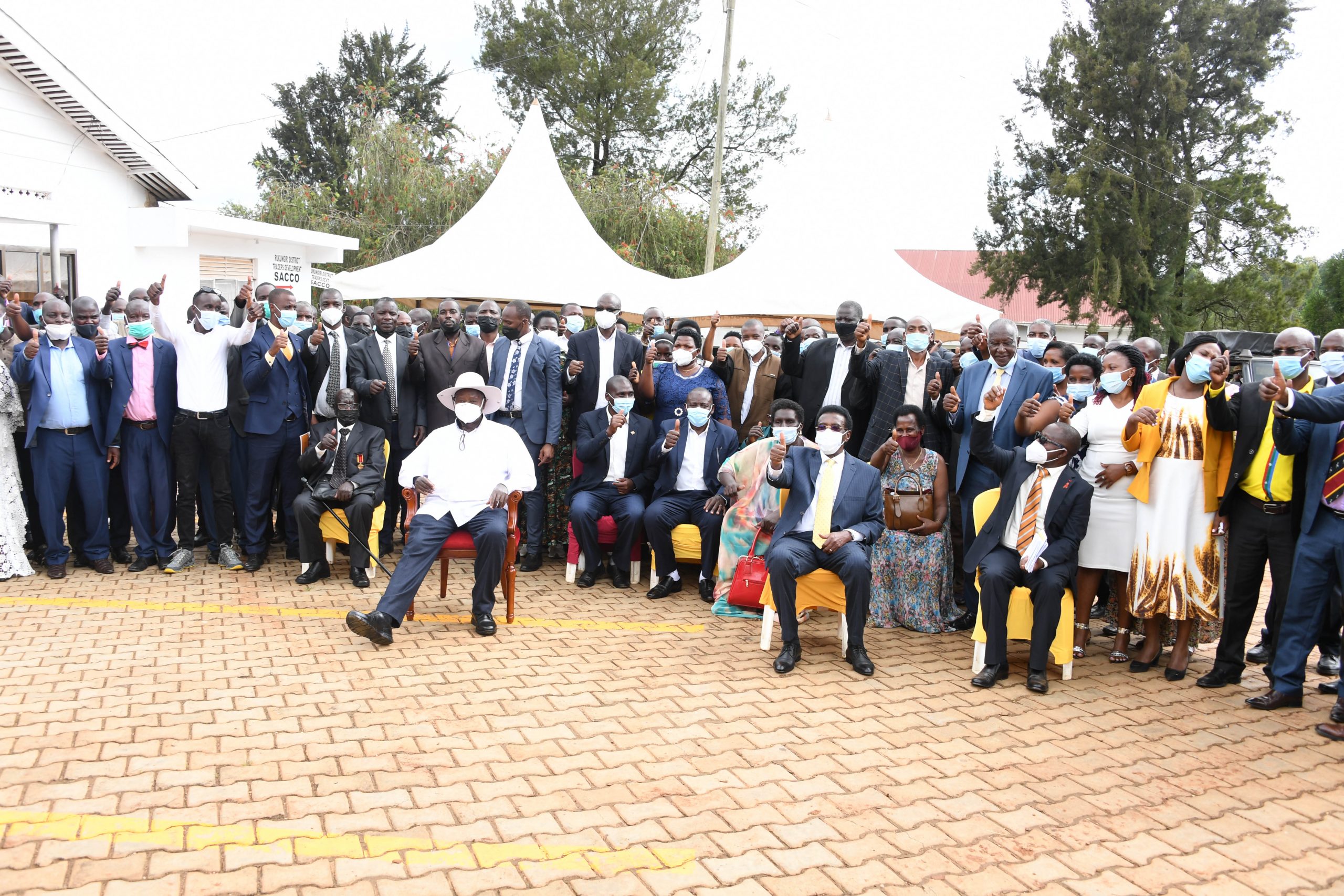 While welcoming them to the ruling party, President Museveni told the former FDC members that they took the right decision to join NRM, describing it as the only genuine and pro-people political party in Uganda with a straight agenda of developing and moving the country forward.

He said, unlike the opposition, NRM does not believe in bad politics or politics of diversion.

“The opposition is good at playing bad politics and diverting our people into criminal acts like violence and rioting,” H.E. the President said.

He also advised the new members to desist from politicking and focus on improving their livelihoods by embracing moneymaking channels and government development programs.

“Ugandans are beginning to wake up. They have realized that opposition dwells on lies and just want to lure them into criminality,” Gen. Museveni noted.

The President also promised that early next year he will meet the new members and lecture them on NRM Ideology.

“The challenge we have now is ideology and mindset,” he stated. Gen. Muhwezi applauded President Museveni for being a liberal and open-minded leader who welcomes people from all walks of life irrespective of their different political ideologies.

He also promised that as NRM leadership in Rukungiri, they will continue persuading other disgruntled opposition members to join the ruling party.

“Your Excellency, I want to thank for you being a good and tolerant leader to all Ugandans,” Maj Gen. (Rtd) Muhwezi said. “We shall continue bringing in more opposition members to join the party with a vision to take Uganda forward,” he added.

The event was also attended by the Kayunga District NRM Chairperson, Mr Moses Karangwa, a popular businessman and NRM Mobiliser in Rukungiri, Mr Ambrose Kibuuka, among other party officials.

FDC wants General Muhoozi Court-martialed, dismissed with disgrace and sent to Luzira
MPs Ssegirinya, Ssewanyana To Spend Their Second Christmas In prison As Case Is Pushed To February 2023
Advertisement