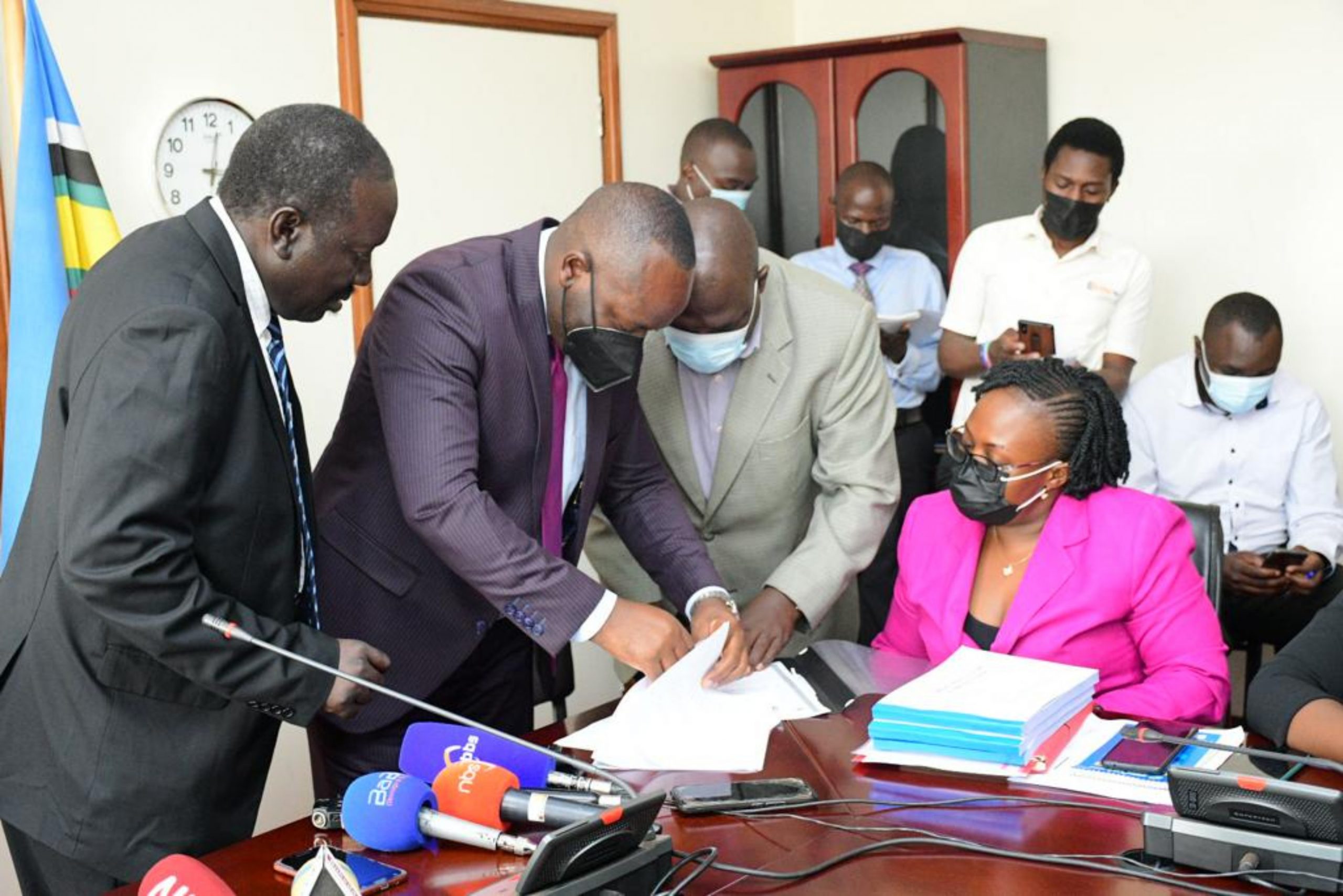 The Members of Parliament from opposition parties have withdrawn a motion to censure Security Minister Jim Muhwezi, after failing to collect enough signatures.

According to Hon. Mathias Mpuuga the leader of opposition in parliament says most members appended signatures in support of the motion, but they were not enough.

Out of the required 176 signatures, they only managed to collect 88.

“The time we had for Members to append their signatures in support of the Motion of Censure against Security Minister Gen Jim Muhwezi has elapsed today with 88 signatures. We needed signatures from 176 MPs to take the motion to the next level. We are not disappointed,” says Mpuuga,

He explained that two MPs – Hon Santa Okot (Aruu North/PPP) & Hon Jimmy Lwanga (Njeru Municipality/NUP) couldn’t sign because they are out of the country.

“I thank the colleagues from the political formations for choosing to stand with the oppressed.”

“Our efforts now turn to another motion, calling for an inquest into the gross human rights violations across the country as we continue to demand justice & freedom. We urge all Ugandans, especially the victims, to reach out to our MPs and register their complaints. We are not witch-hunting Gen Muhwezi but he’s the Minister for Security, and therefore answerable for the gross violations of human rights by security agencies,” Mpuuga explained.

The motion to censure the security minister stems from the failure to fight the torture of Ugandans in the hands of security officers.

The legislators argue that the Minister has failed to do his job and should resign.