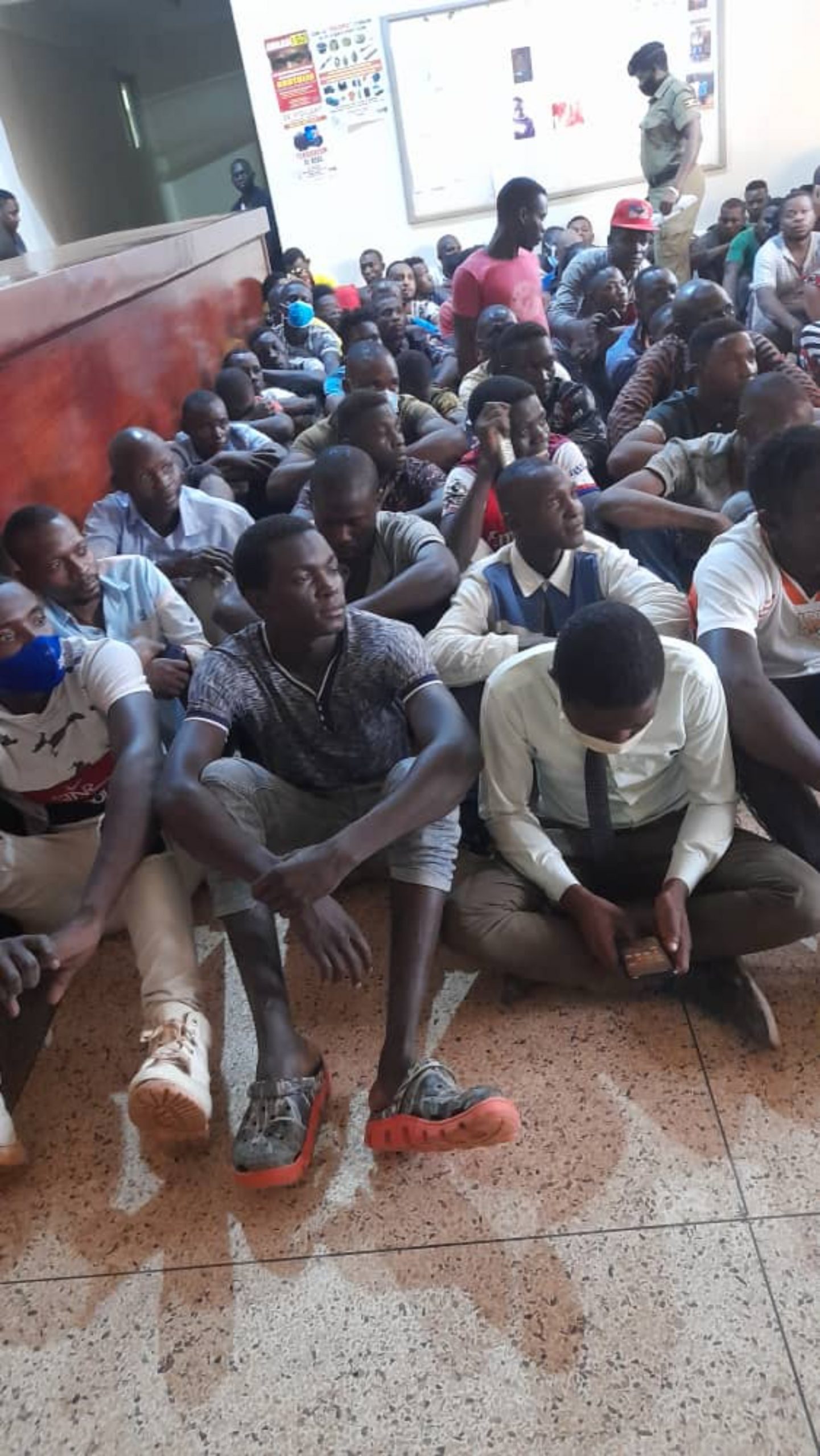 Joint task teams of the police and UPDF have arrested some 90 suspects following an intelligence-led operation carried out on Tuesday, in areas of Gaza, which is located in Mabito.

According to ASP Luke Owoyesigyire the PRO KMP, the thugs have resorted to terrorizing people in villages near the Northern Bypass, after being chased from the road during several security operations.

The suspects have allegedly been engaging in crimes like phone theft during rush hours, burglary, and aggravated robbery, while many of their victims have been stabbed and assaulted before being robbed of their property.

Police collected some exhibits including knives, and suspected stolen phones among others.

The suspects are currently detained at Nateete Police Station and will be arraigned in courts of law as soon as investigations are complete.