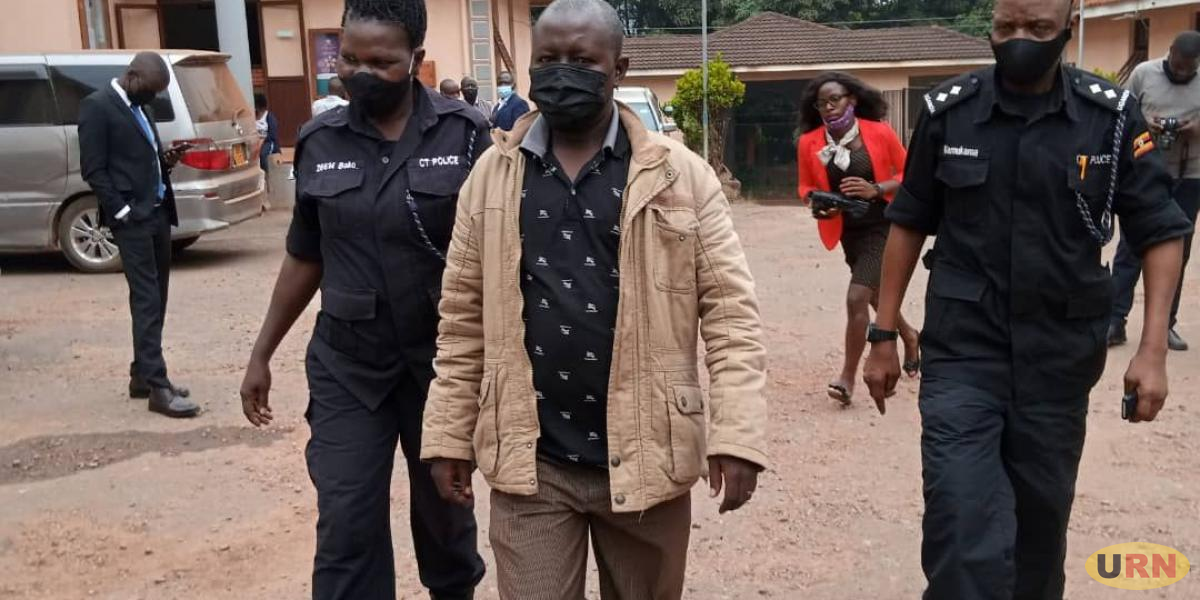 Robert Mukelule Tululukha the Namisindwa District Acting Engineer has been charged with embezzlement of money before the Anti-Corruption Court in Kampala.

The engineer appeared before the Grade One Magistrate Abert Asiimwe on Wednesday on charges of causing government financial loss and embezzlement of public funds, between October and December 2020.

It is alleged that during the above period, Mukelule stole 10 million shillings meant for the construction of a feeder road (Nabewo Road) in Magale Town Council in Namisindwa District knowing or having reason to believe that the act will cause financial loss to the government.

Mukelule had access to the money by virtue of his office as the Acting District Engineer.

However, he denied all the charges. Through his lawyers led by Peter Lwanga, Mukelule asked the court to grant him bail on grounds that he is a family man with six children to look after and so many dependents.

His lawyers further argued that Mukelule is diabetic but because they were rushing to court, they did not carry his medical documents.

They also presented substantial sureties including John Musira the Member of Parliament Bubulo East Constituency where Mukelule is a voter and Robert Lube an employee of Namisindwa District as a Senior Assistant Secretary/  Bukiabi Sub County Chief.

However, State Attorney Maxi Erizooba argued that MP Musira has not presented documents from his Local Council One Chairperson as required in court but because of his status as an MP, he did not object. He asked the court to order the legislator to bring the documents in the next session to enable the State to trace him in the event that the accused absconds from the trial.

Erizooba added that if the court grants Mukelule bail, it should put stringent terms on him including paying a cash bail and also ordering him not to access his office during the time when the investigations are being conducted.

In his ruling, Asiimwe noted that the 10 million shillings Mukelule is accused of embezzling is not a colossal sum of money that would make him run away from the trial. He, therefore, directed the accused to pay a cash bail of 1 million shillings and each of his two sureties to execute a non-cash bond form of 5 million shillings.

Asiimwe further cautioned Mukelule not to interfere with the ongoing investigations and also directed the State to conduct investigations within four months so as to have a speedy trial.

Mukelule was ordered to return to court on March 2, 2022.

Mulekule was arrested when the State Minister for Economic Monitoring Peter Ogwang visited Namisindwa District on November 24 2021 for value for money assessment and was reportedly given false accountability by the district officials to the effect that the road was constructed and the funds were allegedly spent.

But Ogwang found that the road was nonexistent since no single construction had taken place more than a year later after the district received funds.

Mulekule was on the run until last week when he was netted by the Namisindwa District Police Commander in his office after defying numerous summons from Police to record a statement.