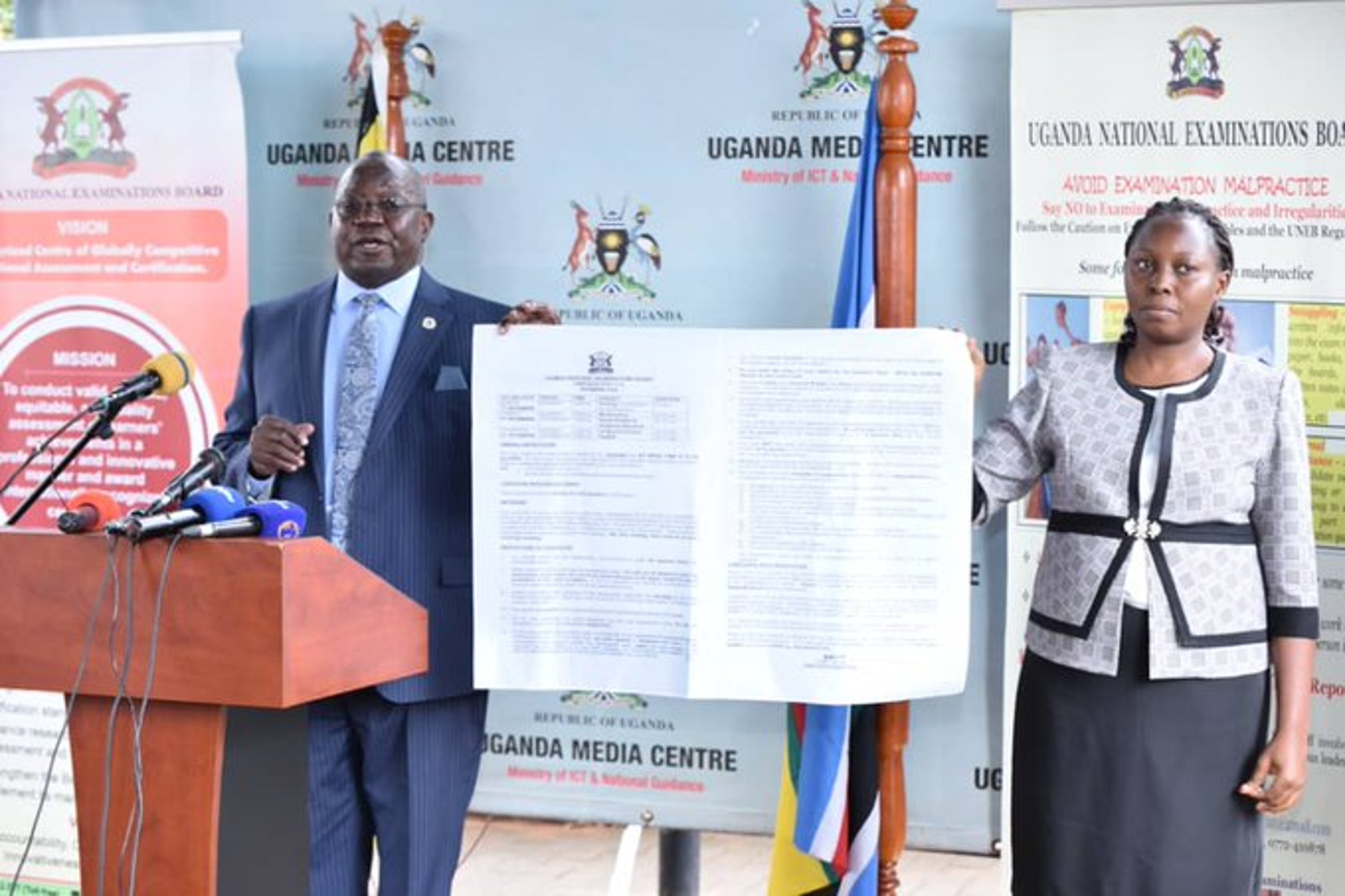 The Uganda National Examination Board (UNEB) has Thursday released timetables for this year’s candidates in Primary 7, Senior four and six.

The candidates will commence their final examinations on October 14, according to an examinations timetable released by UNEB.

The timetable indicates that candidates will start with a briefing of senior four candidates who will be writing their Uganda Certificate of Education–UCE which will run up to November 18.

They will be followed by senior six candidates who will begin their series on November 18 and continue until December 9.

Meanwhile, the Primary Leaving Examinations (PLE) are scheduled to start with a briefing on December 7 and then begin the exam the next day 8th and finish on December 9.

According to Dan Odongo UNEB Executive Director, with the timetables out, teachers should ensure that the necessary teaching and learning, as well as psych-social support, is offered to candidates in the remaining time, for effective preparation.

Odongo also noted that, unlike in previous years, the board has this time provided for the visually impaired students by providing brail and large print timetables.

He added that this is done to ensure that this group of learners also get a chance to individually read the timetables.

The Manager in charge of Examination Management at UNEB, James Turyatemba mentioned that the board is assessing the possibility of increasing the remuneration of the Invigilator, scouts, and special needs interpreters to keep up with current living expenses.

Turyatemba says that the invigilators have been receiving 40,000 Shillings. “In light of the fact that everything is becoming costly, this payment might not be sufficient. the board is considering adding on something to match the current situation, he said.”

While commenting on the issue of remuneration, Odongo pointed out that it might necessitate the board to ask for extra funding from the government given the fact that what they have might not be enough.  However, he noted that the precise payment that will give out to the invigilators and other examination day officials is yet to be decided.

Continue Reading
You may also like...
Related Topics:Featured, UNEB