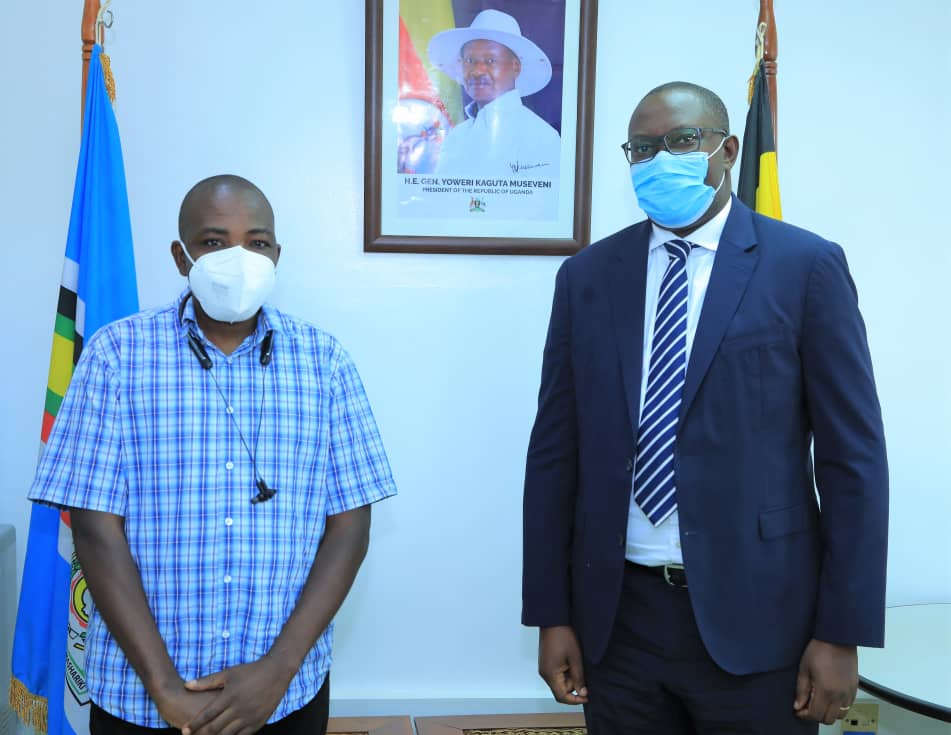 A Ugandan evacuated by American Government from Afghanistan has arrived in the country.

Mr. Stephen Wamala was evacuated from Kabul, Afghanistan where he was working with an Afghan Wireless Communication Company as a heavy equipment Engineer.

He was evacuated by the US Government at the request of the Government of Uganda to an Air-force base in Berlin, Germany.

He later traveled back to Uganda on Friday 3rd September 2021 aboard an SN Brussels flight from Frank furt to Entebbe. His travel expenses and related costs were met by the Embassy of the Republic of Uganda in Berlin – Germany.

Today, the Permanent Secretary of the Ministry of Foreign Affairs, Mr. Bagiire Vincent Waiswa met with Wamala in his Office

Recalling his experience in Kabul during the unrest and takeover, Mr. Wamala thanked both Governments of Uganda and the United States of America for all the assistance accorded to safely evacuate him from Kabul, Afghanistan to Berlin, Germany.

The Permanent Secretary welcomed him back home and acknowledged his gratitude and wished him well. Mr. Wamala joins (13) thirteen other Ugandans who had been evacuated earlier. He is healthy, safe and ready to proceed to his home in Kitagwenda District.

The Ministry of Foreign Affairs has reaffirmed it’s commitment to assist evacuate any Ugandan Nationals stranded in Afghanistan who wish to return home.

FDC Party, Kyagulanyi, and Besigye mourn the passing of Archbishop Yona Lwanga
FDC Calls for every Ugandan to be granted National Identification Card without delays
Advertisement