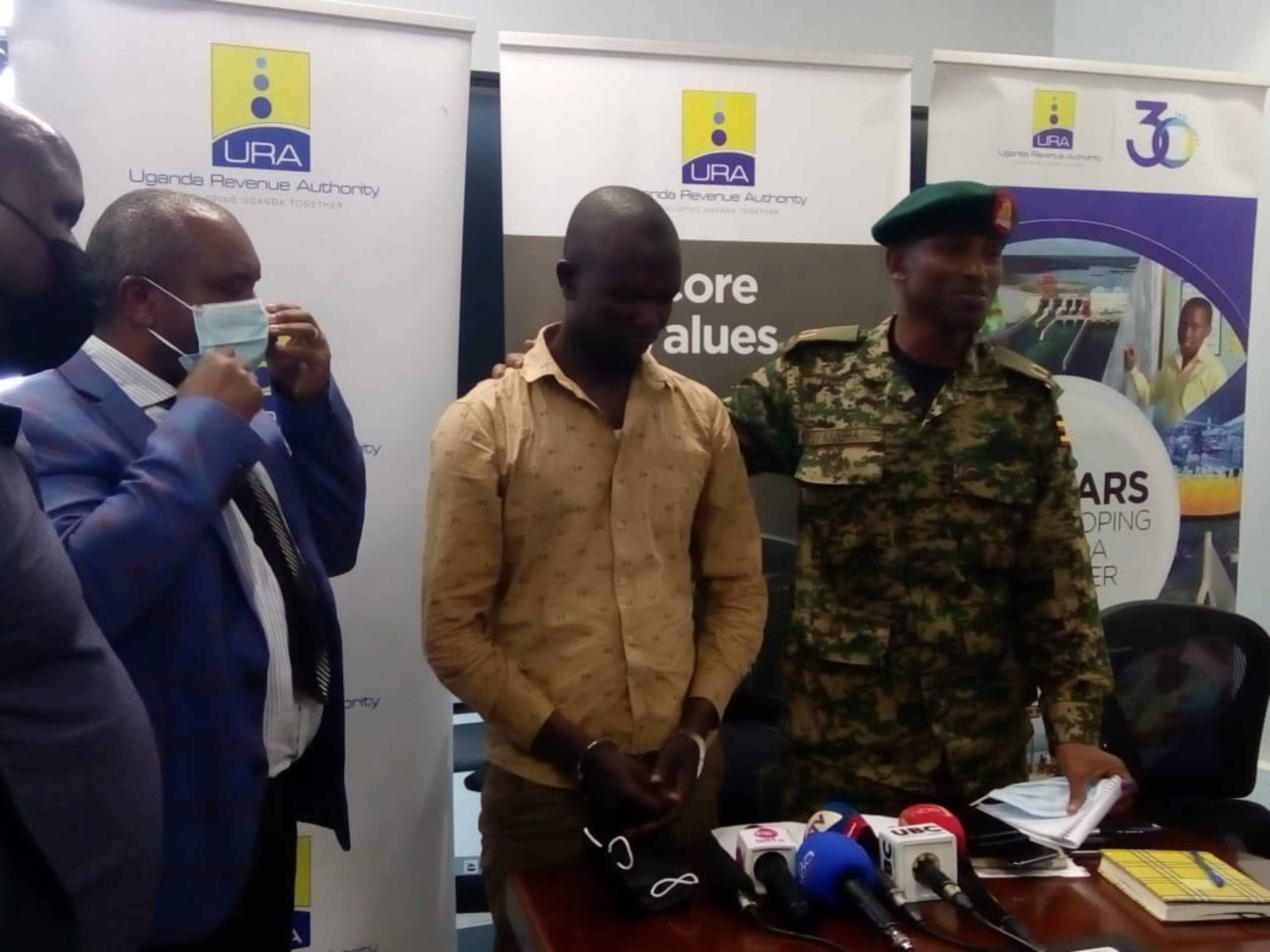 Uganda Revenue Authority –URA has Wednesday morning handed over to the Chieftaincy Military Intelligence –CMI under Uganda Peoples’ Defense Forces –UPDF, an army deserter who was arrested for impersonation.

David Okurut allegedly deserted from the UPDF at the rank of Sergeant in August 2010.

He was arrested from Bugiri district Eastern Uganda on February 2, 2022, while masquerading as a URA officer and extorting money from unsuspecting victims.

According to Julius Nkuusire, the URA Assistant Commissioner Customs, and Enforcement, Okurut was arrested by the traders through their public enforcement strategy.