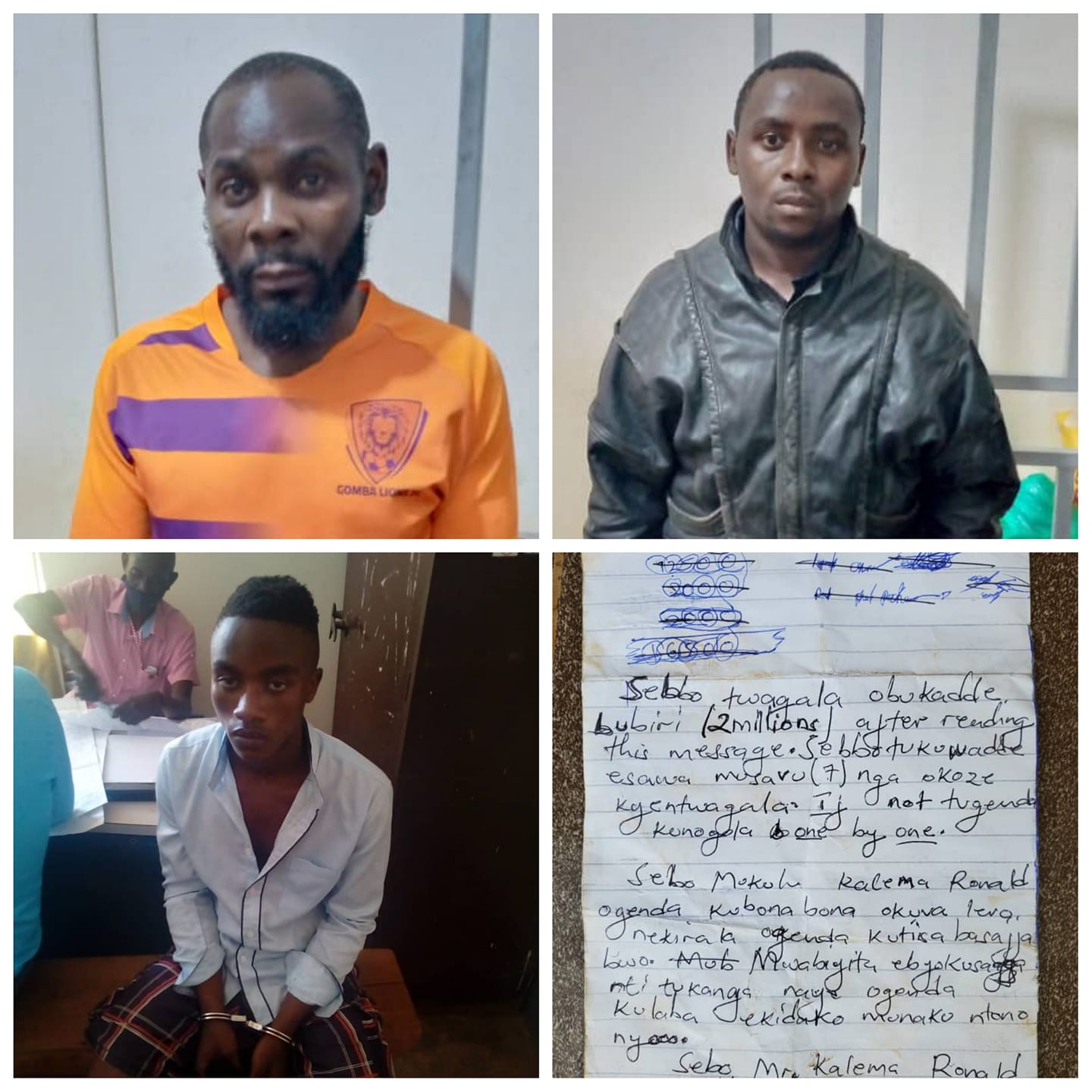 Three suspects have been arrested by the joint security agencies in Entebbe, for dropping anonymous letters threatening the Mayor, Katabi Town Council, Kalema Ronald, and several others, in Katabi.

The letters were also circulated on Whatsapp, as well as other social media platforms, causing fear and anxiety among the residents.

CP Fred Enanga the police spokesperson identifies the suspects as Lubega William, a 27-year-old mechanic, of Bunono village, Katabi Town Council, Kirigwajjo Hasadu, a former private bodyguard to Mayor Kalema Ronald, during the recent elections; and Baluku Ronald who was re-arrested on the 7.09.2021.

Enanga says the suspects have been using the anonymous letters as a cover-up to their criminal acts of stealing car number plates and house burglaries. The gang leader who is on the run has been identified as “Taata Mzee”, while Lubega William, the mechanic was the major supplier of house-breaking tools and implements.

“It is on the 28.08.2021, at around 3 am, that the suspects broke into the home of Mulindwa Andrew, at Nalugala village and stole the number plates from a Mercedes Benz reg. No UAM 285Z. They further shattered the windscreen of another motor vehicle reg. No. UBB 850Y and vandalized it” Enanga said.

The team of investigators is recording as many statements from residents, who saw or learned about the anonymous letters and the contents of panga attacks and killings. Thankfully, no one has been harmed, but it does not change the fact that the suspects used the anonymous letters, authored by them to threaten and frighten people who did not share their views.

“Whether real or a hoax, we wish to warn other intending perpetrators, that there are plenty of appropriate lawful ways to express their opinion or displeasure, but inducing panic and sending threats to kill, is unacceptable” Enanga added.

He noted that the joint security agencies are committed to keeping Ugandans safe and will continue pursuing more suspects still out there. The arrest of these two suspects was a result of a coordinated investigation with the SFC, CMI, CI Police, and the community in Katabi.