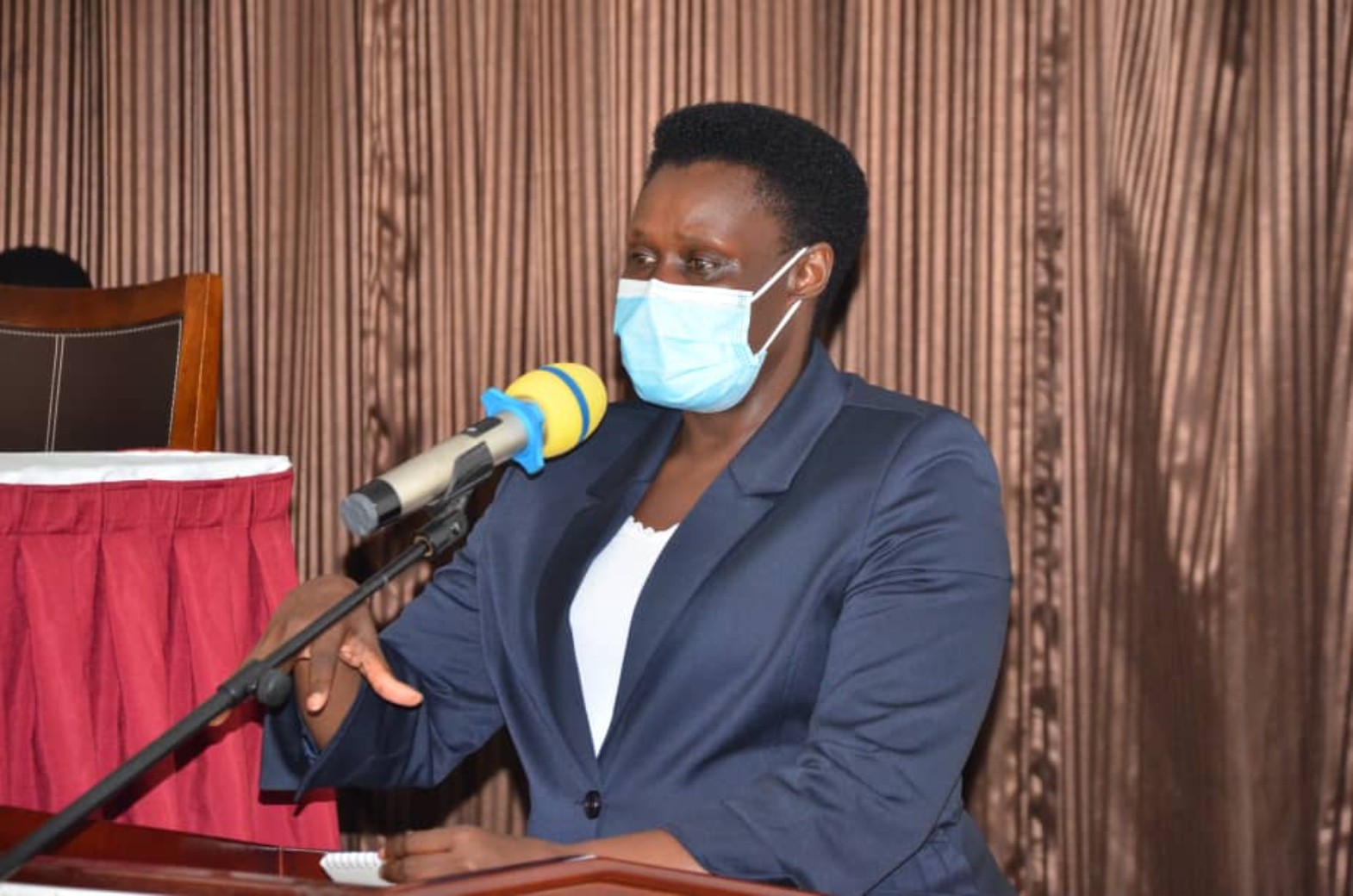 1.1 Rt. Hon. Speaker and Hon. Members of Parliament, Cabinet in a meeting held on 22nd November 2021 at State House Entebbe discussed and approved a Paper presented by the First Lady and Minister of Education and Sports on a National Campaign against defilement, early marriages, and failed parenthood.

Source: UNFPA Uganda Fact Sheet on Teenage Pregnancy, 2021 Please note that the Regions which do not appear in this table were left out by the UNFPA. They may have only just slightly lower statistics, but teenage pregnancies are there, nonetheless.

1.3 Honorable members, I would like to inform this house about this National Campaign that will be launched on Friday 03rd December 2021 at Kololo Ceremonial Grounds.

2.1 Rt. Hon. Speaker and Hon. Members of Parliament, you may be aware, that the Constitution of the Republic of Uganda, 1995 under Article 31(1) provides for the Right to found a family and the duty of the parents to care for and bring up their children.

2.2 The Constitution of the Republic of Uganda, 1995 under Article 34 provides for the rights of children.  Under Article

34 (1), “Subject to Laws enacted in their best interests, children shall have the right to know and be cared for by their parents or those entitled by law to bring them up. (2) Children are   entitled to basic education which shall be the responsibility of the State and the parents of the child.  (4) Children are entitled to be protected from social or economic exploitation and shall not be employed in or required to perform work that is likely to be hazardous or to interfere with their education or to be harmful to their health or physical, mental, spiritual, moral or social development”.

2.3 The Penal Code Act (Cap. 120) under Section 129 provides for defilement of persons less than 18 years of age. SubSections 1-7 provides for the various forms of defilement and the relevant sanctions upon conviction. For instance, Sub-

18 years”. Sub- Section (3) states that “any person who performs a sexual act with another person who is below the age of 18 years in any of the circumstances specified in subsection (4) commits a felony called aggravated defilement and is, on conviction by the High Court, liable to suffer death”.

2.4 The Children’s (Amendment) Act, 2016, Section 8A provides for the Prohibition of sexual exploitation of children. Under section (1); A person shall not engage a child in any work or trade that exposes the child to activities of sexual nature whether paid for or not while section (2) provides that; For avoidance of doubt, it shall be unlawful for any person to use— (a) inducement or coercion in the encouragement of a child to engage in any sexual activity; (b) children in prostitution or other unlawful sexual practices. Section 42A provides for protection of children from all forms of violence. Section 42 (1) provides that “every child has a right to be protected against all forms of violence including sexual abuse and exploitation, child sacrifice, child labour, child marriage, child trafficking among others”.

2.5 Colleagues, you may be aware that the Education (PrePrimary, Primary and Post Primary) Act, 2008 under Section 5(2) provides the responsibilities of parents and guardians in the education of their children. It states that; parents and guardians shall provide parental guidance and psychosocial welfare; promote moral, spiritual and cultural growth; and participate in the promotion of discipline of their children.

2.6 Rt. Hon. Speaker and Hon. Members, with the above Laws in place, cabinet has taken a decision to invoke the relevant sections of the law to bring the culprits to book.

2.7 You will recall that, in December, 2019, the World was affected by the COVID -19 Pandemic and accordingly, His Excellency, the President in March, 2020 announced a total lockdown which included the closure of all the Education

2.8 The prolonged closure of Education Institutions has exposed institutional failures (such as; weak enforcement of laws, negative social practices), failed parenthood and vulnerability of children especially girls. Consequently, we have witnessed unprecedented levels of; defilement, domestic violence, and sexual abuse which have resulted into increased teenage pregnancies and early marriages that have been widely reported in the print and Electronic Media.

3.0 OBJECTIVES OF THE NATIONAL CAMPAIGN

3.1 Rt. Hon. Speaker and Hon. Members, in view of the above vices, Cabinet approved the National Campaign against defilement, early marriages, and failed parenthood with two specific objectives namely:

4.0 THE APPROACH TO THE NATIONAL CAMPAIGN

4.1 Rt. Hon Speaker and Hon. Members, Cabinet approved a Whole-of-Government Approach that integrates the collaborative efforts of the various departments and agencies of government to achieve unity of effort towards a shared

goal. This means that the three arms of Government that is: the Executive, Judiciary and Parliament will be involved in the National Campaign. It is anticipated that this National Campaign will re-awaken the stakeholders to act responsibly, given the magnitude of the vices.

4.2 Rt. Hon Speaker and Hon. Members, Her Excellency, the Vice President will lead the Executive arm of Government during the National Campaign.

Rt. Hon. Speaker and Hon. Members, the National Campaign will last for a period of twelve (12) months with effect from December 2021.

7.0   ACTIVITIES DURING THE CAMPAIGN

7.1 The national campaign will be championed by Her

Excellency the Vice President, The Right Hon. Prime Minster and the First Lady and Minister of Education and Sports.

7.2 The activities to be carried out during the campaign include:

8.2 Prosecution of perpetrators of defilement and early marriages in accordance with the law.

The Right Hon. Speaker and Hon. Members, permit me to lay this statement on the floor of Parliament for debate and appropriate action as Parliament may find appropriate.

VICE PRESIDENT THE REPUBLIC OF UGANDA