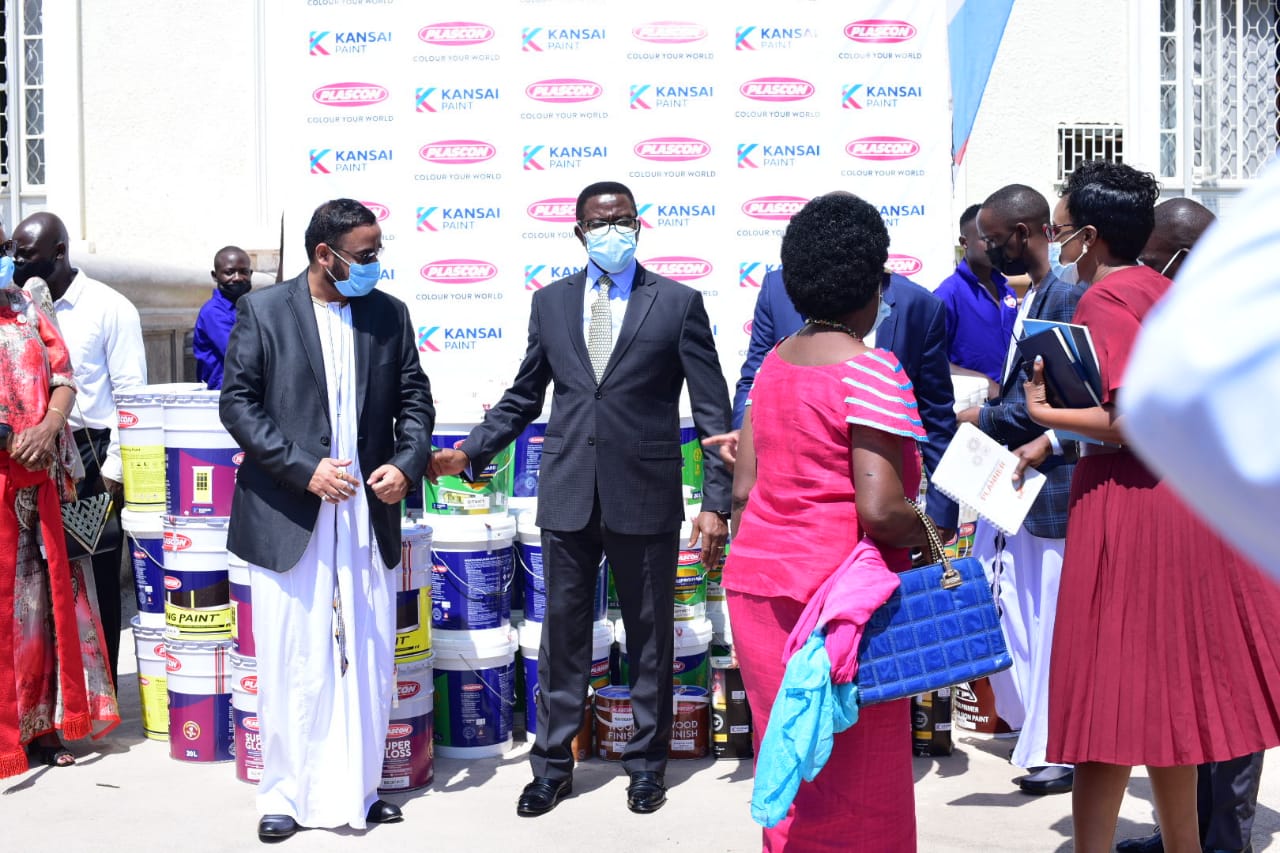 The Buganda Kingdom has renewed its partnership with Kansai Plascon Uganda following the end of the first partnership contract. The three-year cooperation between the two parties was announced today by the kingdom Prime Minister Charles Peter Mayinga and Plascon’s Managing Director Santosh Gumte at a press briefing at Bulange, Mengo.

Plascon has agreed to continue the painting of various kingdom institutional buildings with a total of 11,573 square meters painted annually. Plascon will also continue supporting various kingdom activities including the Kabaka birthday run, Coronation Celebrations, Bulungi Bwansi, and many other community development projects.

Addressing the press, Owek. Mayiga noted that this partnership was merely a renewal of the working relationship that the Kingdom has enjoyed with the company for a while. He noted that Buganda kingdom received with gratitude a TOFAALI contribution from both Kansai Plascon staff and the company.

“I’m grateful for this long term relationship with Plascon, the leading paint brand in Uganda. We believe the Kingdom and everyone that stays within its boundaries is going to partake of the benefits of this partnership. We have already had the company paint the Masengere building, Bulange building, Mengo coats. They’ve also agreed to support our community development projects in order to uplift the livelihoods of our people. Plascon has been and remains the Kingdom’s exclusive paint partner of choice and at all events they will be recognised as our sector partners,” clarified Oweki. Mayiga.

Plascon’s Santosh was equally appreciative of the renewed relationship stating that it was further confirmation of the company’s status as the dominant paint brand in Uganda.

“For Plascon, culture, social development and community upliftment are core aspects of our brand ethos. We believe that economic development must be done together with cultural preservation and social development. Our commitment to his Majesty the Kabaka of Buganda and his subjects, the people of Buganda, is that Plascon will support all initiatives that promote development, social harmony, health, and the prosperity of the kingdom and Uganda at large. It is no surprise that we have also worked with the kingdom of Tooro and the Kingdom of Bunyoro with similar goals. We are honoured by this renewed partnership and look forward to a long and successful relationship.  This is a really significant occasion in the journey of Plascon. SSABASAJJA KABAKA AWANGAALE,” said Mr. Santosh.

Statement by the Vice President on the National Campaign against Defilement, Early Marriages, and Failed Parenthood
Court To Give judgement On Ham Vs DTB Case
Advertisement