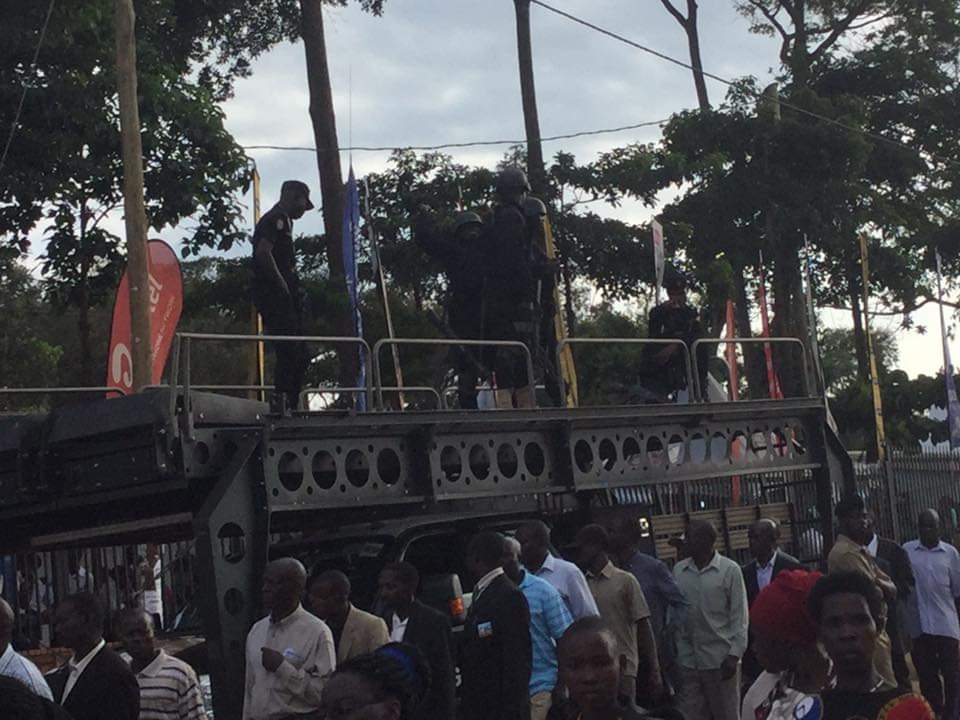 Security has been heightened in and around Namugongo Martyrs Shrines ahead of the Martyrs Day Celebrations which will be held on Friday 3rd June 2022.

Uganda Police Force says they are anticipating thousands of people to gather and participate in the events from all over the country, neighbouring countries and other parts of the world.

Fred Enanga the police spokesperson says that although a threat environment still exists in the country, the public should know that currently there are no credible or specific threats, directed toward the Uganda Martyrs Celebrations in Namugongo.

“Our Joint Security Task Teams are camped at all the 4 venues and continue to review our level of preparedness and assessments of threats and vulnerabilities towards the popular religious celebrations. We have worked on intelligence and analysis, profiled all venues, hotels and hotspots in the area, to help identify potential risks and taken steps, on how to address them,” says Enanga.

He adds that they have standby teams, mobile squads, advance teams, 999 patrols, and motorcycle squads as part of the multi-layered security posture. In addition, the police cyber and ICT teams are using CCTV cameras, to effectively monitor the conduct and movement of pilgrims at the shrines and the routes they will use. The Joint UPF and UPDF Airwing will conduct aerial surveillance.

He urged the pilgrims, faith-based tourists and well-wishers, to remain vigilant and focused while at any of the venues.

“You are further advised to carry your ID or other identification documents, keep an eye on your personal belongings, wallet, mobile phones, and other objectives of value; avoid leaving elders or children alone, be wary of strangers, and ensure your mobile phone is fully charged, let the family and friends know where you are. Those who can make use of the UPF – MOBI APP, can call the nearest police unit or our National Operations Emergency Centre at Police Headquarters, Naguru, to enable them to attend to you easily on 0800199699, 0707600773, 0776999135.”

Enanga also encourages the pilgrims to be aware of their physical health and condition by not taking risks by subjecting themselves to perseverance, hunger, thirst, standing for long, congestion and other risky practices.

In case of any signs of weakness, seek immediate medical attention. In addition, it’s important to follow the rules at all venues, take care of the common facilities, milestones, signs, and information panel and respect the pathway rules.

Meanwhile, some items like aerosols, ammunition, animals other than police K-9 dogs, backpacks exceeding size restrictions, balloons, bicycles, unmanned aerial vehicles, like drones other than for security, explosives, firearms, glass, thermos, metallic containers, pepper spray and any other items determined to be a potential hazard to the public event have been banned from the venue as a security precaution.

He assured the public that the security agencies remain committed to working with all stakeholders to ensure a very successful religious pilgrimage at all venues.