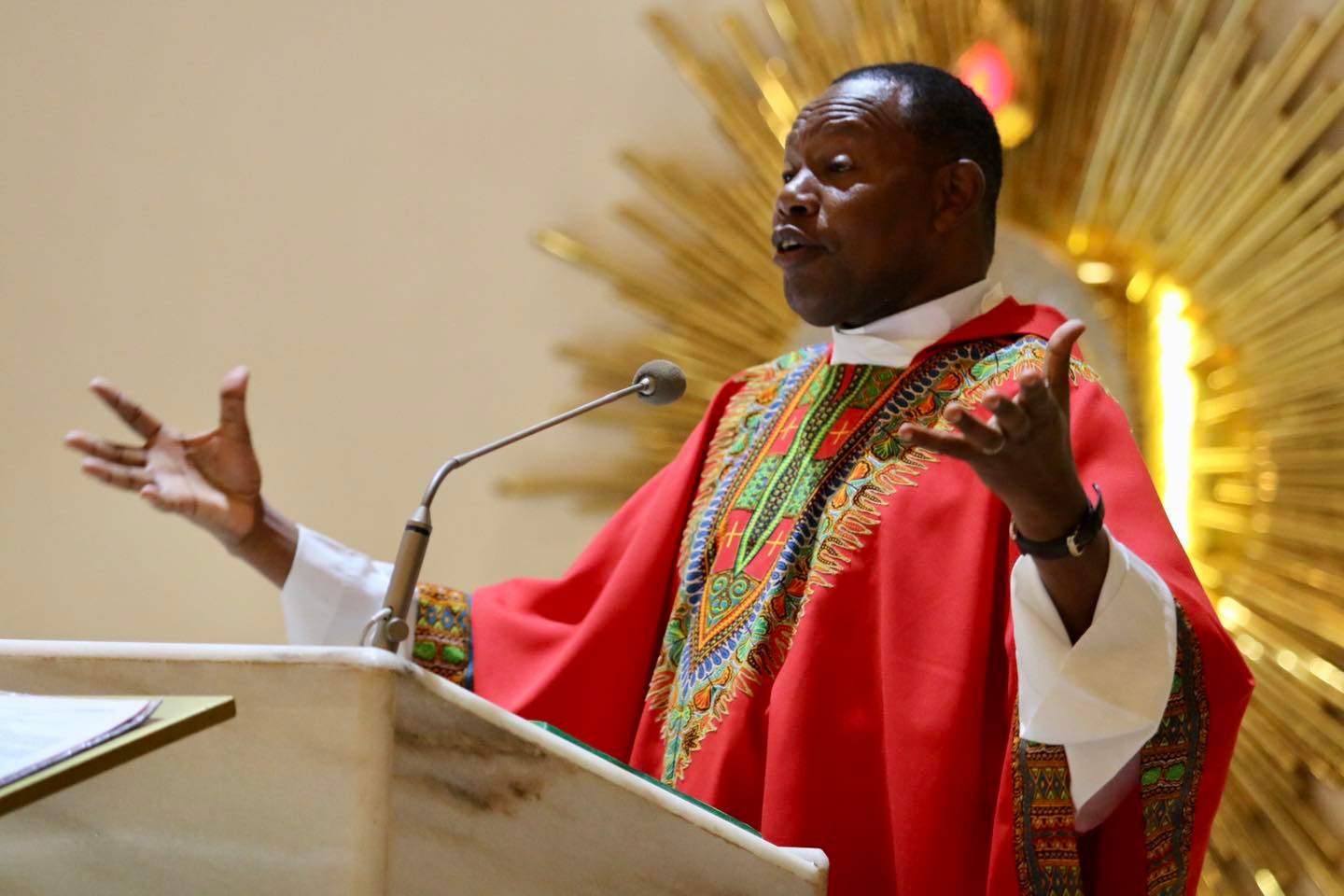 Ugandans should not fear to speak up against evil if they are to live and follow in the footsteps of the Holy Uganda Martyrs.

The call was made by Fr Joseph Luzindana the youth Chaplain for Kampala Archdiocese while giving his homily at Munyonyo Martyrs Shrine on Wednesday evening.

He explained that many Christians have chosen hypocrisy and have compromised their faith for gifts, unlike the Uganda Martyrs who refused to compromise or kneel for any favours but kept their eye on Christ.

Meanwhile, Anthony Matega the vice president UNCCLA reminded Christians that the only way to achieve devotion to the martyrs is by reading about them and understanding their journey.

Mr Matega explained that martyrdom is not a shortcut to heaven, but that God gives it as a grace to those He has chosen. He, therefore, encouraged those that want to achieve Holiness, to research the martyrs and understand how they were able to get there.

“The story of the Uganda Martyrs shows us that Holiness is possible. Because they share our names, ate our food, came from our villages and some of us share the same lineage with them. So, if they could do it, so can we. We can speak to them in a language we both understand,” said Matega.

He further encouraged Christians to identify their weaknesses and choose a martyr to help them manage them. Mr Matega noted that drunkards can seek intercession from St Bruno Sserunkuma who was famous for his love for alcohol but was able to give it up at the last moment.

Christians also heard that the Ugandan martyrs are the first documented ecumenical martyrs.

“There are definitely many martyrs across the world, but the Ugandan martyrs are the first documented ecumenical martyrs. Both Catholic and Protestant martyrs walked together from Munyonyo to Namugongo and were killed together. It is written that on their way to Namugongo, voices were higher when saying ‘Our Father’ because they both could recite it,” he added.

Uganda Martyrs’ Day will be celebrated on Friday 3rd June at Namugongo Martyrs Shrines for Catholics and Protestants. This is in remembrance of the 22 Catholic and 23 Anglican men who were killed for their faith by King Mwanga over 130 years ago.

Christians urged to stand for the truth, call out human rights violations
State of the Nation Address by H.E Yoweri Kaguta Museveni
Advertisement