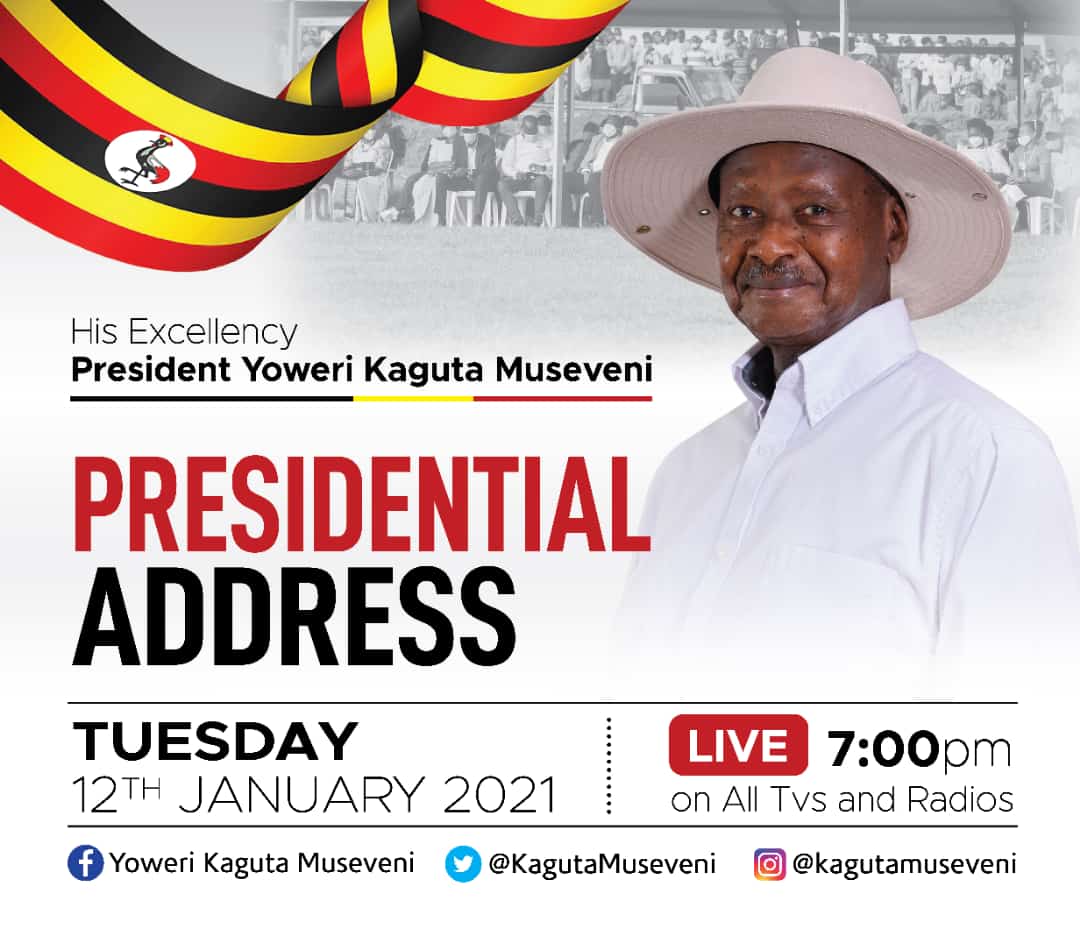 President Yoweri Museveni has applauded Ugandans for the massive support they have showed him as he traversed the country during the campaign period.

In a media message released on Tuesday afternoon, Mr. Museveni said that the people’s friendship shows that they appreciate what NRM has done for them.

He also congratulated all NRM members for successfully coming towards closure of the campaigns without clashes or squabbles that would hurt others, apart from the few cases of NRM members who were assaulted in different parts of the country by the enemies of peace and development.

“Fellow countrymen and women; the NRM introduced competitive politics in order for all Ugandans to be able to choose the leaders of their choice every after five years. I therefore call upon all of you to go out and vote for NRM on Thursday the 14th January 2021 starting at 7.00 am” he said.

The president says they have received information to the point that party supporters are being molested and threatened by unlawful activities on voting day which is intended to keep them away from voting.

“I therefore call upon all our Presidential Vote Protectors to be vigilant on voting day and to report all the cases of wrong doing to the NRM toll free line (0800-320-320) or to call my Personal Assistant on Political Affairs Mrs. Babirye Milly Babalanda on (0772-316-632) or the NRM Chairman’s Office Administrator Mr. Kirunda Faruk on (0752-980-486/0776-980-486). Both of the above staff of the Chairman’s Office and the toll free line will be available on a 24-hour basis to respond to calls of Vote Protectors” he says.

He wished all his supporters successful voting and urged them to be at their polling stations by 6.30 a.m. and after voting to please wait for the official announcements of the Independent Electoral Commission.

Mr. Museveni is slated to speak to the nation this evening.