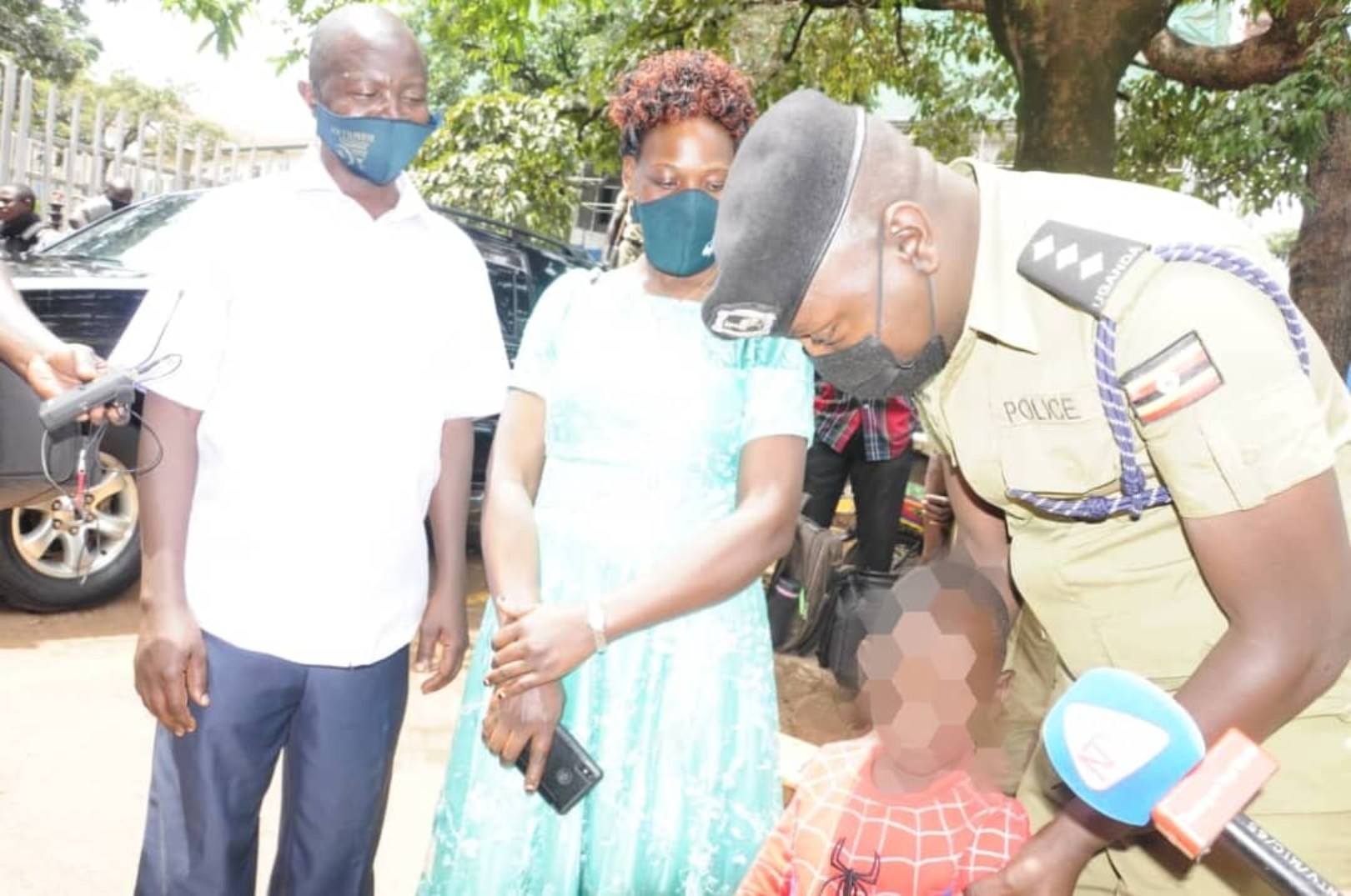 The Directorate of Crime Intelligence has rescued and handed over to the parents, a four-year-old child Simon Ssenyonjo, who was kidnapped on the 2nd August 2021 from Wamala area in Nansana Municipality while at his mother’s workplace.

The child was playing outside when he was kidnapped.

The police followed up on leads after the suspects left behind evidence.

ASP Luke Owoyesigyire, the deputy PRO KMP says the suspects had demanded for a ransom to a tune of Shs50 million from Mudiima Kityo, the father of the victim.

Kityo could only raise Shs1m and deposited on the suspects’ phone number.

An operation was mounted on Wednesday and suspects identified as Katongole Hakim, Mawanda James and Asiimwe Anna Maria from Busabala B village, Makindye Division, were arrested and victim rescued.

The victim has been handed over to the parents today.

At the crime scene, Owoyesigyire says they also recovered a motorcycle UFH 412 D, which the suspects allegedly used to transport the victim to their hide out.

The suspects will be arraigned in courts of law on allegations of kidnap.

22 police call takers undergo training in how to respond to GBV, Violence against children calls
More than 2,000 people arrested for flouting curfew guidelines in week one of partial reopening
Advertisement