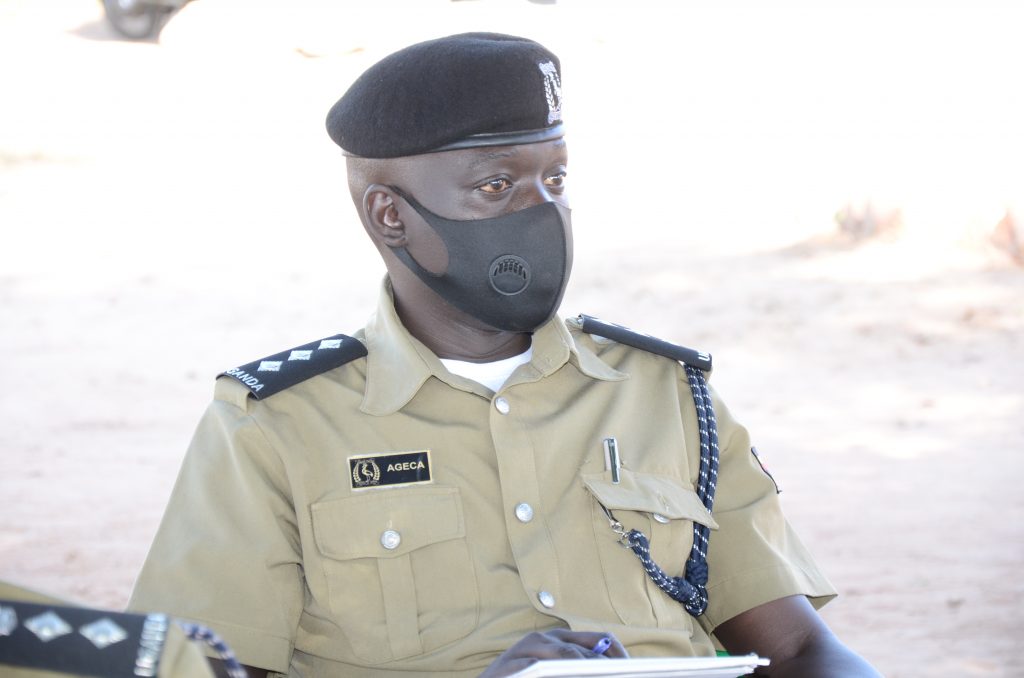 The police in Soroti City are investigating circumstances under which a police officer was allegedly shot to death and his gun stolen by unknown assailants.

According to ASP Ageca Oscar the PRO East Kyoga Region, facts indicate that on 30.11.2021, at around 7 pm, the officer identified as Sgt. Emuria Gideon, was attacked and shot dead by unknown assailants, at Maroon quarters, while heading for his guard duties, at the residence of Justice Alex Makayi Ajiji, of Gulu High Court. The assailants escaped from the scene with his gun.

The police standby and rapid teams responded to the incident and cordoned off the scene, which was thoroughly documented. They also reviewed the facts surrounding the incident and a serious manhunt for the suspects has already begun, based on the available leads.

Ageca says that at this moment, the IGP and the entire police fraternity, mourn the loss of Sgt. Emuria, who had dedicated his life to serving the public.

“Guard duties are one of the cardinal functions of the police, and there is absolutely, no reason for such senseless acts of violence against officers. Although the motive of the assailants is not yet determined, we believe this was a targeted murder” Ageca says.

He assured the public that they are doing everything within their means to identify the suspects for arrest, adding that all persons involved will be held accountable and brought to justice.

“You must all remember that the suspects are armed and dangerous, the public is warned against approaching them. They are instead advised to ring the police 112 or 999 for any information that can lead to the recovery of the gun and arrest of the culprits” Ageca warned.