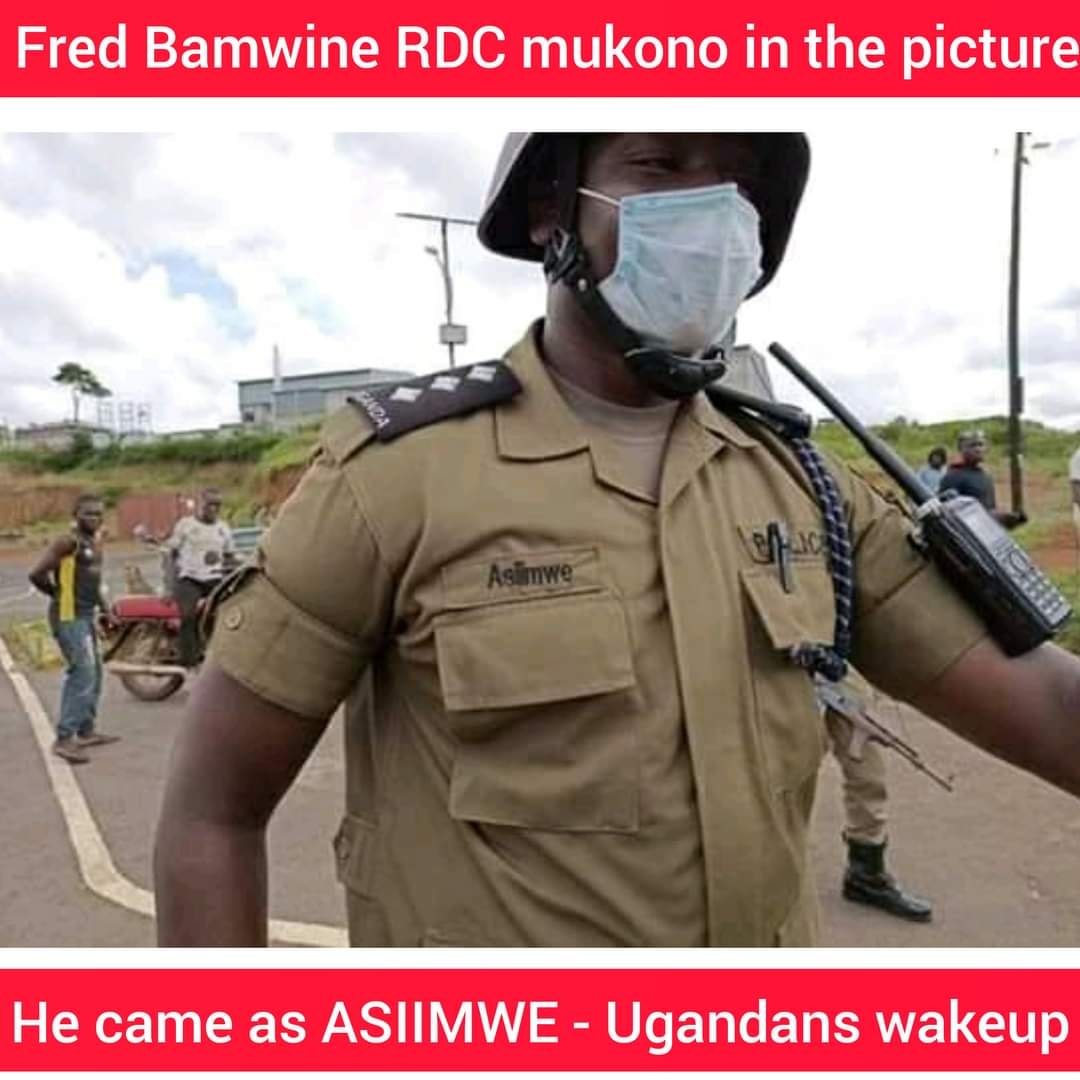 The Uganda Police has dismissed as fake, photographs circulation on social media which many users claim are for the Resident District Commissioner of Mukono District Mr Fred Bamwine allegedly wearing a police uniform and commanding police officers in Mukono on Monday.
Patrick Onyango, the KMP spokesperson says the photograph that is circulating is of a police officer in Charge of Mbalala Police Station ASP Asiimwe.

“The picture is not of Mr Fred Bamwine. We would also put the fact right that in yesterday’s operation, no life was lost as a result of live bullets, rubber bullets or teargas” Onyango explained.
He noted that one person identified as Jonathan Ssempala, died at Kawolo Hospital as a result of a road accident at Mayangayanga along Nagoje Road while the other incident in the same area was of a car that overturned and injured five people.

“Four were transferred to Mulago Referral Hospital for treatment while one, Vincent Ssempijja, 18, is still admitted at Kawolo Hospital.
The transferred people are Moses Ssentongo, 24, Steven Ssebuliba, 30, Robert Kigozi, 22, and Medi Ssebadeki. All are residents of Nakifuma, Mukono District” Onyango said.
He clarified that all these victims were as a result of road accidents. Police received fire from Ugandans on social media, when Kyagulanyi Robert the NUP Presidential candidate appeared on a live facebook feed claiming that 5 of his supporters had been knocked dead by a police car.

Controversial reports however claimed that the 5 people had been shot dead by the same police that fired teargas and live bullets to disperse supporters of Kyagulanyi.