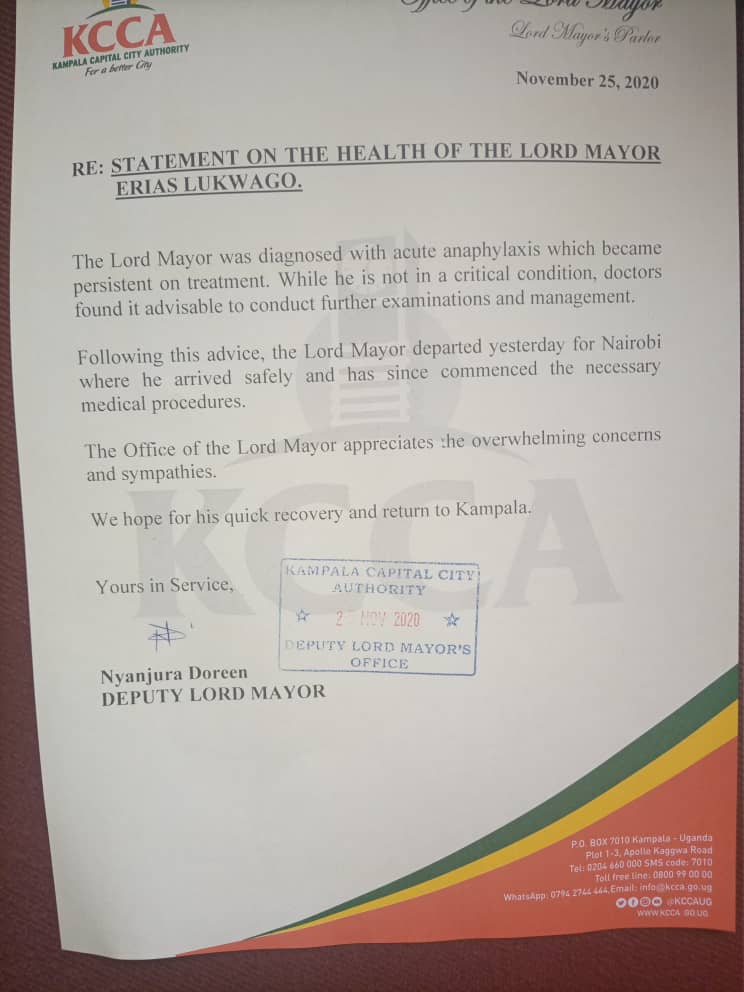 The Deputy Kampala Lord Mayor Doreen Nyanjura has confirmed reports that her boss Lord Mayor Erias Lukwago was diagnoses with acute anaphylaxis and is currently receiving treatment in Nairobi.

According to a statement released by Nyanjura on Wednesday fternoon, Lukwago has been undergoing treatment but doctors found it advisable to refer him to Nairobi for further examinations and management.

The statement however indicates that Lukwago is not in critical condition as earlier reported by some elements on social media.

“Following this advice, the Lord Mayor departed yesterday for Nairobi where he arrived safely and has since commenced the necessary medical procedures” the statement reads.

Doctors describe Anaphylaxis as a severe, potentially life-threatening allergic reaction. It can occur within seconds or minutes of exposure to something you’re allergic to, such as peanuts or bee stings. If anaphylaxis isn’t treated right away, it can be fatal.