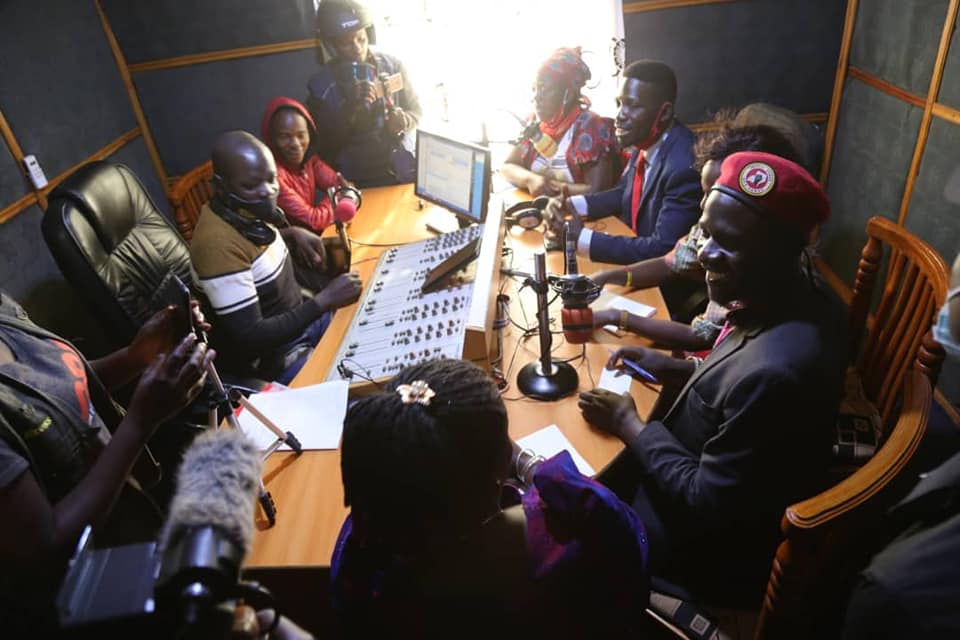 The National Unity Platform, NUP Presidential candidate Robert Kyagulanyi Ssentamu wants the Electoral Commission to reign in and stop security forces who are blocking him from speaking on radio.

At the start of the campaigns, Justice Simon Byabakama the EC Chairperson announced that candidates were to carry out scientific campaigns without mass rallies, but instead using radio and TV stations.

However, Kyagulanyi says he was blocked from speaking on Spice FM radio station in Hoima District, despite having paid UGX 1,000,000 for the airtime.

“As soon as we got to the station this morning and started introducing ourselves, the police and military cordoned off the building and forcefully ejected us out of the radio station. We asked why they were doing this, and their answer was “orders from above”. So far, we have been blocked from addressing Ugandans on thirteen radio stations across the country” Kyagulanyi says.

He now demands that the EC chairman explains to candidates what the meaning of a digital campaign is, when they are not allowed on radio stations, adding that above all, President Museveni and his friends are right to be scared.

“Ugandans who wondered why we have been calling him the worst coward in history can now see for themselves what we have been saying. To you people of Hoima and Bunyoro generally, the time is now to regain our freedom. And I thank you for the great reception you are giving us everywhere in the midst of great intimidation” Kyagulanyi said.

Recently, the FDC presidential candidate Patrick Oboi Amuriat also spent 30 minutes speaking on radio in West Nile region not knowing it had been switched off.

Government has been criticized for denying opposition candidates a chance to reach their people on radio as this is the most suitable way to campaign during the pandemic.