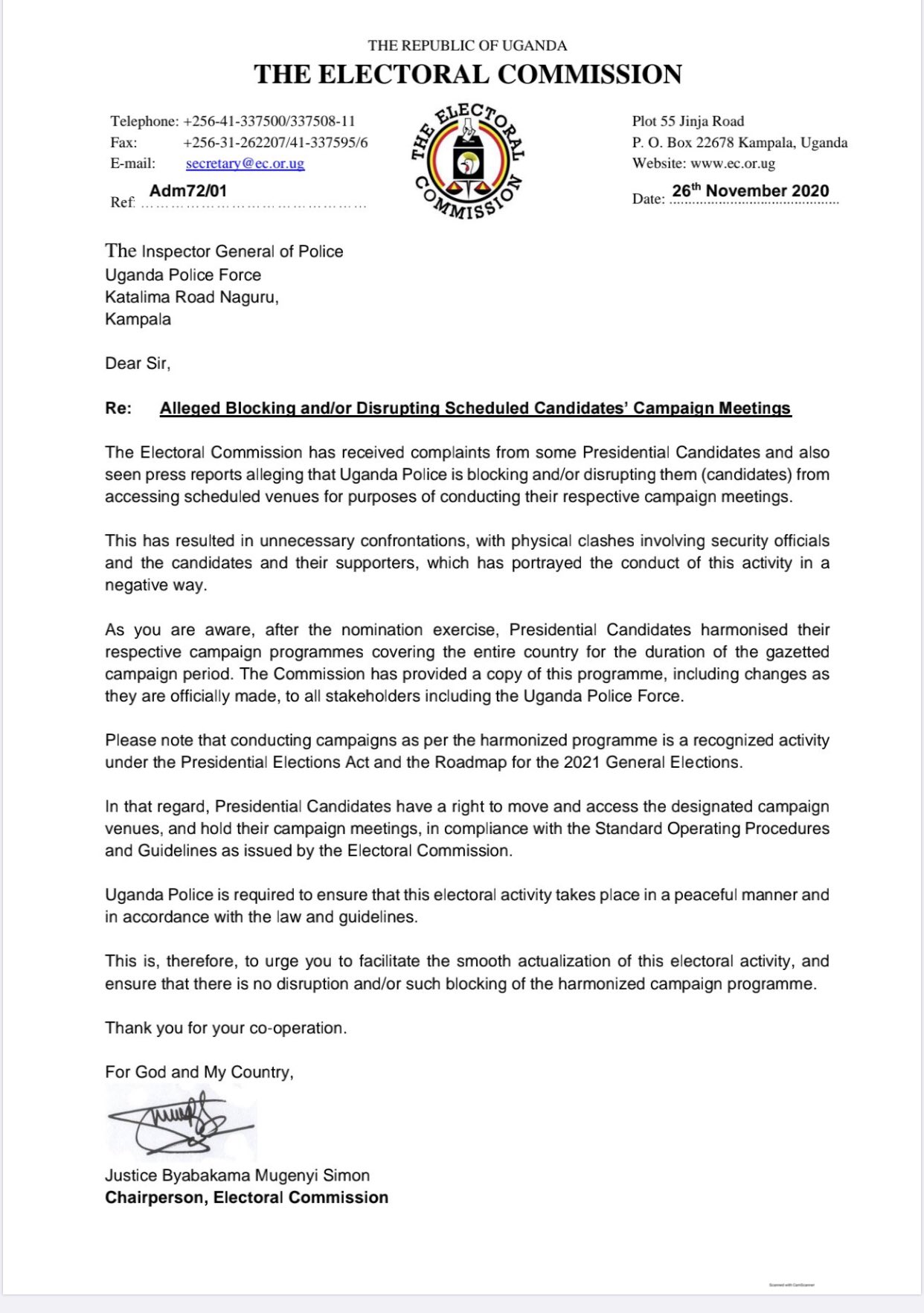 The electoral commission chairman Justice Simon Byabakama has warned security agencies against blocking Presidential candidates from carrying out campaigns as per their harmonized campaign programmes.

The Chairman says conducting campaigns as per the harmonized programme is a recognized activity under the Presidential Elections Act and the Roadmap for the 2021 general elections.

The development comes after several opposition and independent candidates were blocked by security from accessing various campaign venues.

Now, Justice Mugenyi says he has received complaints from several presidential candidates and also seen media reports about the same.

“Presidential candidates have a right to move and access the designated campaign venues, and hold their campaigns in compliance with the Standard Operating Procedures and Guidelines issued by the Electoral Commission” he stated.