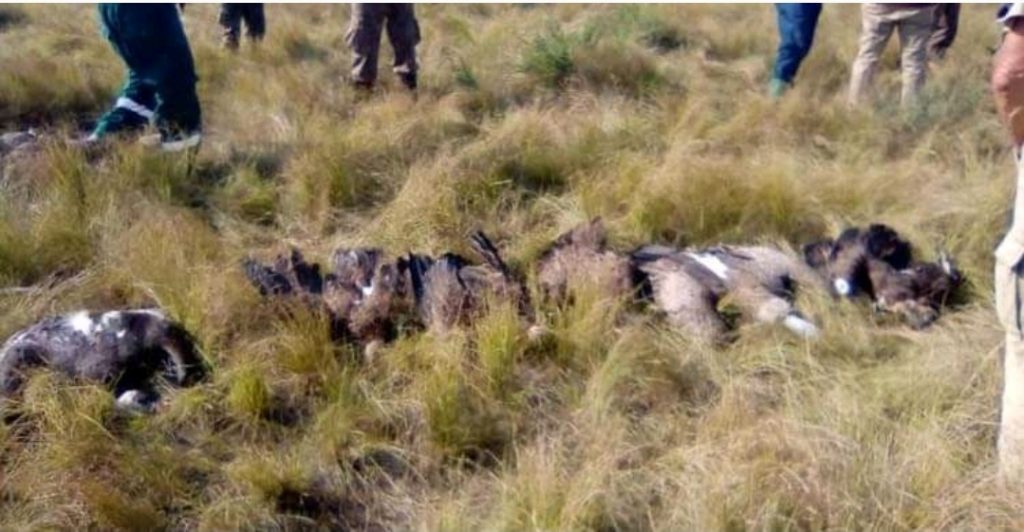 Three people who were arrested in connection to the killing of 6 lions at the Queen Elizabeth National Park in Kanungu district, have been transferred to the Directorate of CID, Kibuli, for further necessary action.

Fred Enanga the police spokesperson says that the suspects identified as; Tumuhirwe Vincent, a 48-year-old peasant of Tukundane village, Ariho Robert, a 40-year-old male peasant of Kazinga lower village and Miryango David, a 68-year-old male, traditional healer of Tukundane village, will be arraigned before the Utility court of Buganda road, on various charges including; unlawfully killing wild life species, unlawful entry into wildlife protected areas and being in unlawful possession of wildlife pieces of three lion heads, 15 legs, jerry can containing suspected animal fats, which were all exhibited.

“Other exhibits which were recovered include a tin of suspected poison, and spears. The dead lions and 9 other wild birds that died after eating the poisonous carcases were forensically examined by the veterinary experts from UWA” Enanga says.

The suspects were thoroughly interrogated and admitted to killing the lions for body parts and fats, which are used for ritualistic cleansing.

“It was established that during their poaching exploits on the 20.03.2021, they drove a herd of antelopes towards the pride of lions. After a successful catch by the lions, the suspects chased them away and laced the catch with poison, which the lions eventually ate and died. An additional 9 wild birds which ate the carcases too, also died.
Its unfortunate that the suspects who had knowledge about the laws protecting wildlife in the area, still went ahead with their dangerous poaching exploits” Enanga said.

Adding that this calls for increased awareness and sensitization about the safety of wildlife in the area.

He applauded the offices of the RDC, the UPDF 25th Brigade, UWA, the territorial Police in Kigezi and Kanungu, DISO, and the residents who shared valuable intelligence. Enanga says their priority as the joint security agencies, still remains enforcement of wildlife protection laws in the country.