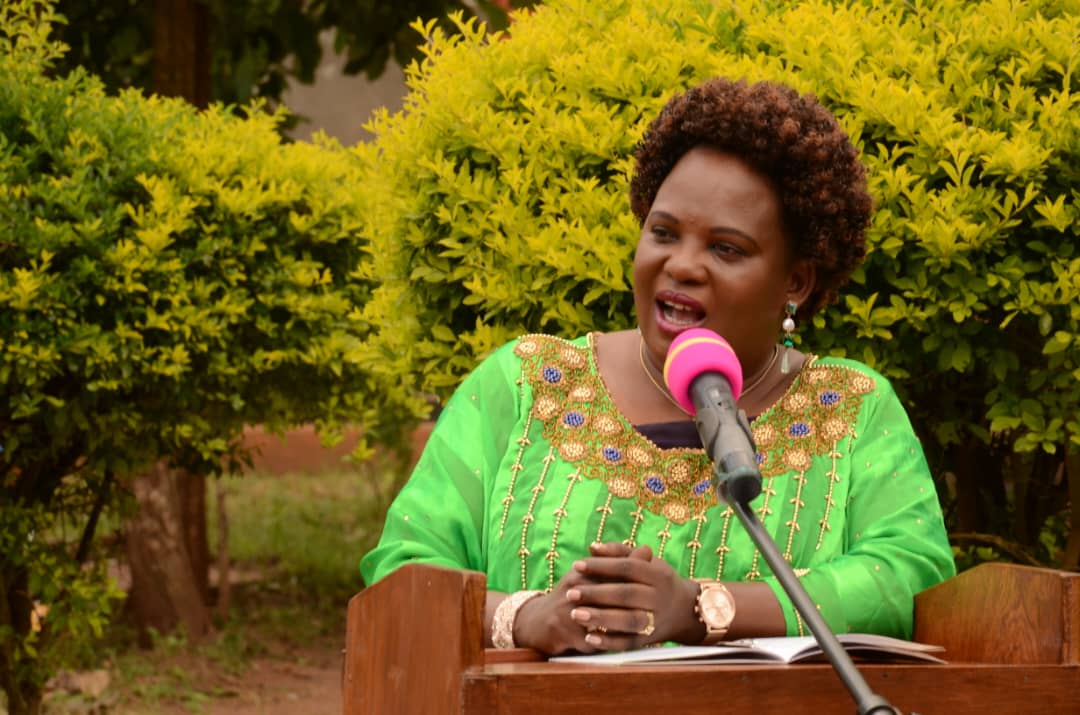 She adds that there is also a need for prioritization of the needs of girls and women in the national response plan.

Citing studies by UNAIDS and the Ministry of Health, Amongi noted that while the country had previously made tremendous strides against the epidemic, recent trends indicate that there are unacceptable numbers of new HIV infections among adolescent girls aged 10-19 years and young women 15-24years.

She made the remarks while speaking at the High-Level Meeting on Championing the Priorities of Women and Girls in the HIV Response held in Dar es Salaam, Tanzania on Tuesday 11th October 2022.

The meeting held under the auspices of the Government of the United Republic of Tanzania and UN Women with support from the U.S. President’s Emergency Plan for AIDS Relief (PEPFAR) brought together emerging young women leaders from 15 African countries – where girls experience the highest risk of HIV infection – to meet with women ministers of health, education and gender equality.

In her remarks, Amongi raised the concern of women and girls spending more than 4 hours daily ensuring that family members or other members of the community are free of the distress and discomfort occasioned by HIV and AIDS.

“This means that adolescent girls and young women in Uganda continue to bear the brunt of HIV and AIDS.” She said.

She enumerated that as a Ministry in charge of Women and Girls Affairs, her Ministry started participating in the HIV response in Uganda as early as 2008- only a few years after the introduction of antiretroviral therapy.

She revealed that following the High-Level Political Declaration and Commission on the Status of Women (CSW) Resolution on “Women, Girls, HIV and AIDS” in 2016, the Ministry of Gender, Labour and Social Development finalized the National Action Plan on Women, Girls, Gender Equality and HIV/AIDS to provide leadership in addressing the needs of women and girls in the national HIV response.

A roadmap combining HIV Prevention and a multi-sectoral action framework for 2019-2025 was also developed with the intention to eliminate new HIV infections among adolescents and young people.

In the same period, a Presidential fast-track campaign prioritizing HIV reduction among women and girls was launched to cover the years 2020-2030.

She commended a team of eight bold young women living with HIV who is 2014 mobilized colleagues and started a beauty pageant to challenge HIV-related stigma, exclusion and discrimination. The pageant tagged the Y+Plus Beauty Pageant has become an annual campaign that climaxes on the eve of the 16-days of activism against Gender-based Violence every year.

The Team is organizing the 9th audition which was launched on 30th September 2022 and will climax on 23rd November 2022.

Many seasons have run with themes tackling stigma, mobilizing peers, and demanding opportunity while the current theme is “Pass the Mic, we got the Voice”.

“In there, young women and boys living with HIV demonstrate that they are capable leaders, ready to take up responsibility, be accountable and contribute to an HIV-free generation.” The Minister noted.

She hailed the intervention for creating a pool of young people who are mentored as future leaders and influencers in the HIV response. It also provides an unmatched platform that allows intergenerational dialogue on matters of adopting HIV preventive behaviour, a breakthrough in HIV prevention Science, psychosocial support and mental health, and the debate around sexual and reproductive health rights for young people besides providing resource persons for youth-led HIV service delivery approaches.

The meeting, also attended by Ms Winnie Byanyima, Executive Director, UNAIDS, will culminate in a set of recommendations for policymakers to take forward to help reduce the incidence of HIV among adolescent girls and young women in their countries.