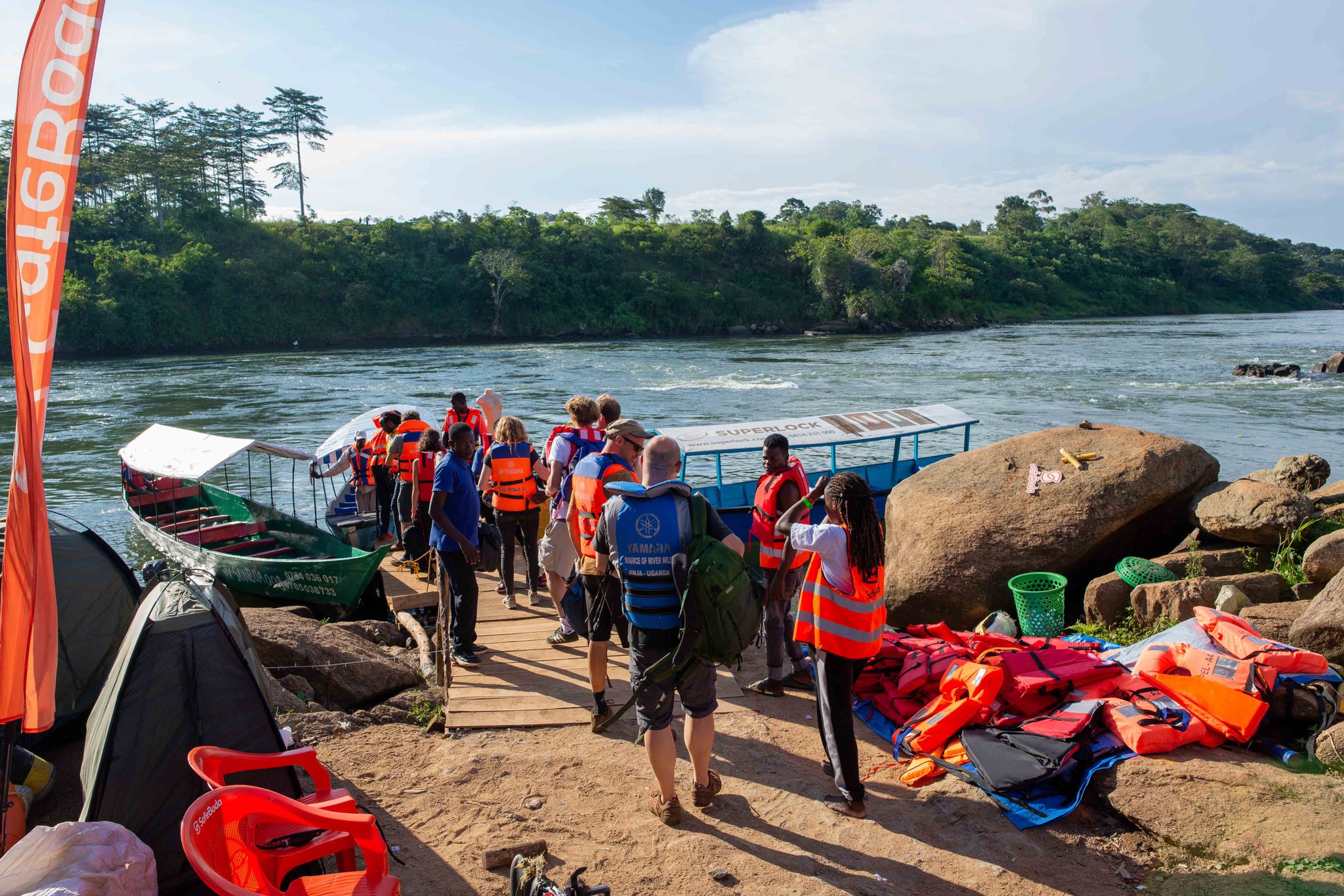 Four tourists have been rescued on River Nile by Kiira Region Police Marine Unit. The four were part of the revellers who turned up for the just concluded Nyege-Nyege festival in Itanda falls in Butagaya sub-county in Jinja district.

It is reported that the tourists were sailing on River Nile on a SafeBoat registration number MV COMBOA 006 on Monday afternoon on their way to Namasagali landing site in Kamuli district when they rammed into a rock that had been overshadowed by flash water spillovers.

The boat suffered leakages forcing the occupants to make an emergency docking at one of the abandoned islands in the river. The Boat Captain, Augustine Owori made a rescue call to the standby marine police unit stationed at Itanda falls, about 100 meters away from the accident scene.

According to James Mubi the Kiira Regional Police Spokesperson, the Unit mobilized two rescue boats and ferried the victims back to the mainland where they were safely transported to their desired location.
He added that much as the Nyege-Nyege festival ended on Sunday, standby security teams have been dispatched to follow up on the safety of revellers throughout the course of their departure from the venue.