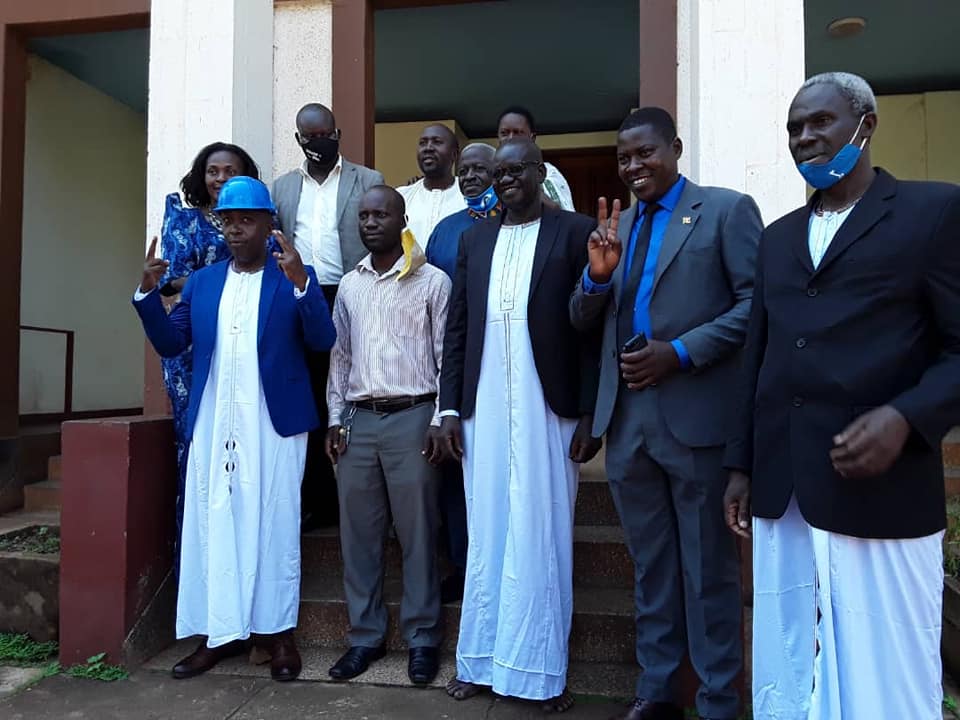 Amuriat and his campaign team were welcomed by the clerk to the Orukurato (Parliament) of Bunyoro Kingdom Mr. Mosses Atuha and the Administrator of the Kingdom Mr. Alex Katusabe.

During the visit, he pledged to give 5% of the revenue from oil to the Kingdom, explaining that the oil must benefit the People of Bunyoro where it originates from instead of a few people taking advantage of it.

Amuriat is set to launch the party Manifesto 2021-2026 at Boma grounds, Hoima City today. The candidate was on Wednesday blocked by police and UPDF from addressing his supporters in Masindi Municipality.

Security agents fired live bullets to disperse supporters who had come to listen to Amuriat.