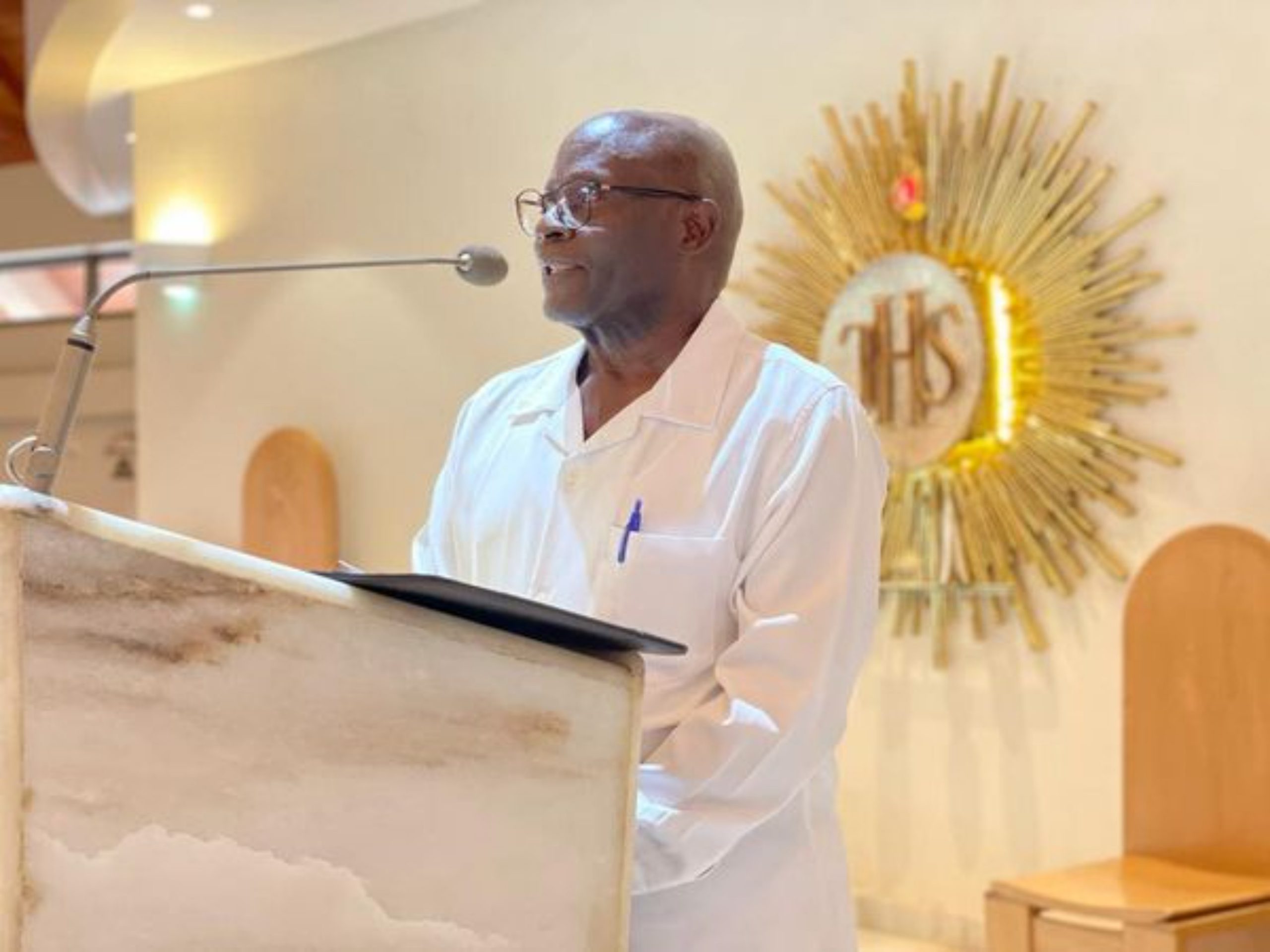 Youths must learn to identify problems existing in their communities and offer solutions, in order to earn a living and develop.

The call was made by NSSF Board Chairman Dr Peter Kimbowa while addressing Christians who turned up for Day one of the Uganda Martyrs Novena at the Munyonyo Martyrs’ Shrine Minor Basilica on Wednesday.

According to the businessman, youth have an opportunity to work in teams and provide solutions to the frequently ignored social challenges facing people in their areas.

Dr Kimbowa said that he gave the same advice to youths in Kenya, and they are now making money by offering home cleaning services.

“I was in Nairobi as a speaker a week before graduation. I told the students that there are no jobs for them. You need to create them. I told them to look around and identify problems and solve them. Create workman’s groups. Now, there are over 300 youth teams whose job is to clean people’s homes in Nairobi,” said Kimbowa.

Speaking about Saints St. Joseph Mukasa Balukuddembe and Athanasius Bazzekuketta, Dr Kimbowa said that youths need to leave wishful ways and be courageous like the young men who died at the age of 25.

He noted that St Balukuddembe in particular was so courageous that he refused to be a slave and stood up to King Mwanga, which later led to his death. Balikuddembe identified himself and lived to his own identification.

“Balikuddembe did three courageous things. One time, he was in the palace and saw a python approaching King Mwanga who was sleeping. The young man, instead of waking the king, decided to fight the python until he killed it. He also stood up to Mwanga when he killed Bishop James Hannington and told the King to stop living a sinful life,” he said.

Dr Kimbowa based on this, to advise the youth to have faith and believe that something can be done, but also have the courage to do something to change society. He noted that employers no longer require degrees to hire employees, but instead they want someone who has identified a challenge in society and is helping solve it using the degree they received.

He added that the period between 1885 and 1887 was a time of crisis, but the martyrs faced all the crises and emerged victoriously. But, the same is happening today with the economic crisis facing the country. He is now wondering how the youth of 25 are working towards finding a solution.

Peter Kimbowa is a Board member and adviser to the Boards in ESKOM Uganda Limited, Equity Bank, Baylor College of Medicine which is based both in Mulago Hospital and Houston Texas, and advisor to the Petroleum Authority of Uganda. He is also a member of the Kampala Archdiocese and Uganda Investment Authority.

Every year, the Catholic Christians converge at Munyonyo Martyrs’ Shrine- Minor Basilica for a 9-day Novena preceding the celebration of the Uganda Martyrs’ Day on 3rd June.

During Mass for Day one of the Novena, Fr. John Bosco Masengere urged youths to take the words of Dr Kimbowa at heart and act upon them, with the help of the Holy Spirit, as work without the Spirit is in vain.

He noted that the decision by the Uganda Martyrs to die for faith was not out of their own will, but they were led by the Holy Spirit. Fr Masengere urged all Christians to grow in faith and serve the Lord, walking in the footsteps of the Uganda Martyrs.

This year is running under the theme: “Baptized and Sent to Witness Christ with Love and Hope.”

Today 26/5/2022 (26th May 1886) marks exactly 136 years since King Mwanga, at his Palace in Munyonyo took a decision to kill Christian subjects, some of whom had been secretly baptized by Charles Lwanga including Kizito, Mbaga Tuzinde, Mugaga Lubowa and Gyavira.

There were 23 Anglican and 22 Catholic Martyrs. They are celebrated every year on the 3rd of June.

All images are from Munyonyo Martyrs’ Shrine Minor Basilica Rector