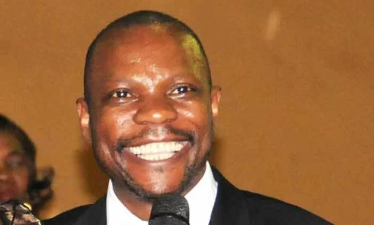 The Commercial Court has permitted entry of receipts and invoices for the supply of goods as evidence in Pr. Jackson Ssenyonga sh5b debt case.

The said legal papers indicate that Sembeguya Traders (2013) Limited supplied goods to B.N Enterprises, a company owned by businessman Nathan Bisaso. The businessman then sold the goods to Pr. Ssenyonga and wife Eva.

Justice Jeanne Rwakakooko, however, said the opposing side is at liberty to challenge the authenticity of the documents in his written submissions providing a clear basis for his contention.

According to court documents, Bisaso is demanding the couple, both of Christian Life Church sh5b in debt. He has, therefore, asked court to compel the couple to pay him the money.

In a ruling dated June 21, 2022, the judge ruled that the disputed eight invoices and 17 receipts are admissible as Pr. Ssenyonga and wife’s exhibits.

“The authenticity of the documents is not in dispute and therefore being uncontested, they are hereby collectively admitted in evidence as forming part of the court’s record,” she ordered.

The judge noted that the businessman does not deny that he engaged Sembeguya Traders for the goods that were supplied to the defendants (Ssenyonga and wife).

“I therefore do not see what harm allowing the admission of the disputed documents will cause to either party to the contrary admission of evidence which is relevant to the matter and will assist court in resolving the real issues in controversy between the parties,” she observed.

The court heard that copies of the documents were availed to both the businessman’s counsel, Paul Mukiibi and court but were never formally tendered in court through a witness or marked.

On May 11, 2022, Pr. Ssenyonga’s lawyers Oscar Kamusiime and Cephas Birungi indicated that they had attempted to secure a witness from Sembeguya Company to attest to the contested documents to confirm that Sembeguya supplied paper to Bisaso, but all efforts were fruitless.

The lawyer, therefore, requested that the disputed documents form part of the court record despite not being marked in line with the court’s inherent powers to admit them.

Testifying in court last month, Ssenyonga conceded that there was a debt from the money Bisaso loaned him but argued that the contract, which is not binding to Rhino and Christian Life Church, is illegal.

The Pastor revealed that he used the borrowed money for church project including evangelism, discipleship, school and other outreaches.

Asked by the lawyer Mukiibi whether he challenged the legality of the documents, Ssenyonga stated that he was once called at Police following a complaint lodged by the businessman.

The lawyer then wondered why Ssenyonga paid part of the money to his client on June 2, 2017 when he is arguing that the agreement is illegal.

Ssenyonga disclosed to court that it was a money loaning agreement, which was disguised as sale of goods.

Ssenyonga told court that he undertook to pay sh1.4b as a short term loan in the agreement but the money accrued due to 20% monthly interest.

The court heard the money accumulated to sh12b but the plaintiff reduced to sh7b. However, the couple in September 2016 paid sh270m, leaving a balance of sh5.2b.

Fast forward, the businessman sued the couple to recover the debt arising out of breach of a contract.

However, the hearing of the case kicked-off after the parties failed to agree in a mediation session presided over by registrar Vincent Mugabo.

Court documents indicate that in 2013 Bisaso entered into a contract with the couple for the supply of goods.

Bisaso says he supplied goods and by 2014 he was demanding sh5.27b from the couple.

“Since 2013, the Senyonga and wife adamantly ignored to do their contractual obligation of paying for the goods supplied,” he states.

The genesis of the this rests in an agreement seen by this website dated September 2016 indicates that the couple paid sh270m within 60 days as first installment from the date of agreement.

Subsequent to the payment, a grace period of 30 days was permitted and thereafter Pr. Ssenyonga pays another sh2b in a period not exceeding seven months from the date of signing the agreement.

According to the agreement, a default in payment would carry an interest of 10% monthly for the unpaid period.

“Despite numerous demands and reminders, the couple has refused and failed to discharge the said indebtedness,” says Bisaso.
Security

The agreement further indicates that the couple transferred Kyaggwe block 100, plots numbers 29, 46, 152, 156, 157, and 158, into the name of Pathways Investment Limited to secure the funds.