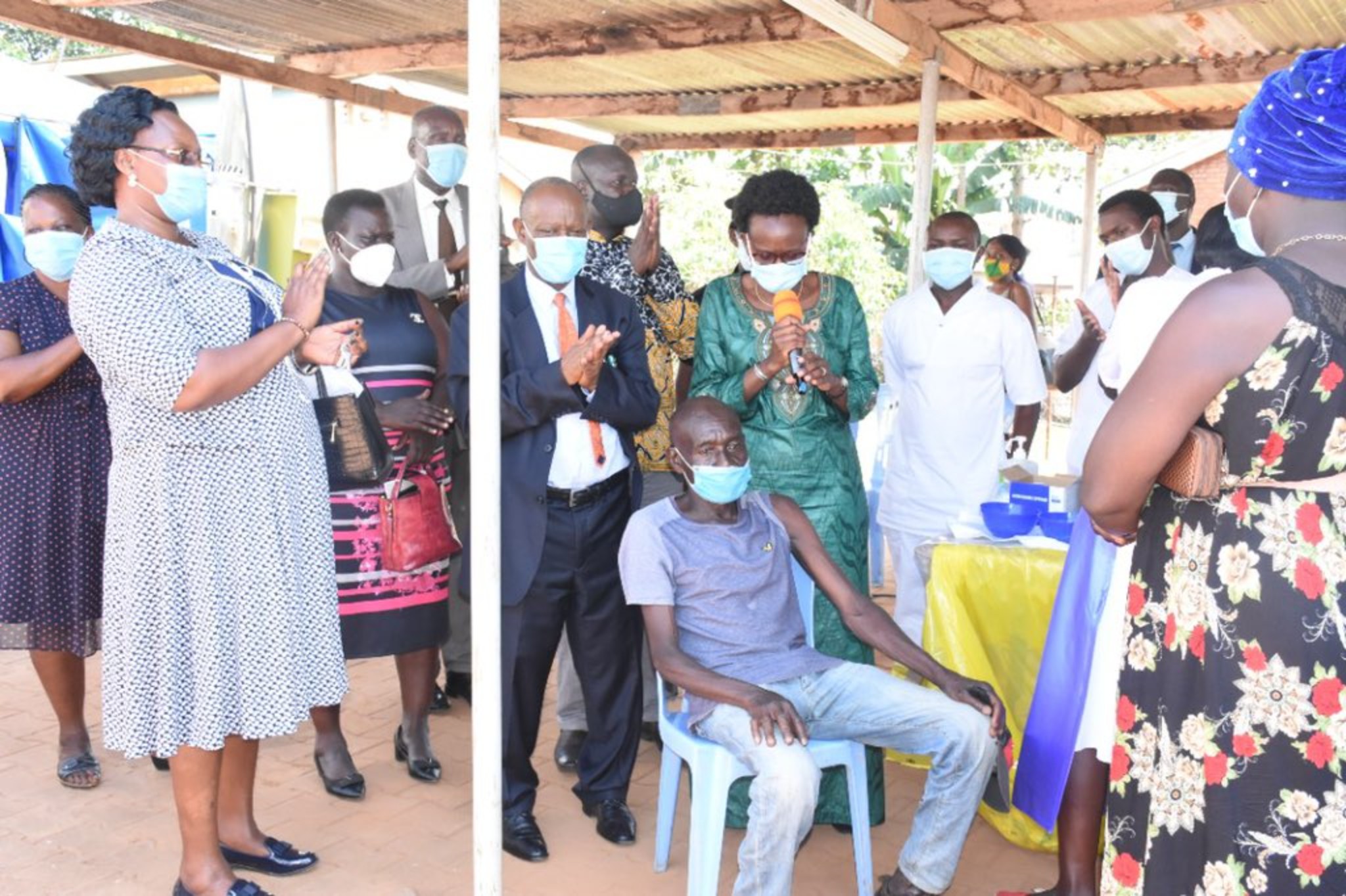 Over 900,000 people are set to be vaccinated against COVID -19 in Acholi Sub –Region in one week, during the ongoing accelerated mass vaccination campaign by the Ministry of Health.

The accelerated COVID -19 mass vaccination campaign which will run countrywide, was launched on Thursday in order to enable the government to hit its target of vaccinating 85 percent of the 22 million Ugandans aged 18 and above by the end of this year.

According to James Elima the Director of Gulu Regional Referral Hospital, COVID -19 vaccination uptake in Acholi Sub –Region remains at only 45 percent despite the test positivity rate being at 7.6 percent, slightly higher than the national average.

Elima revealed that the COVID -19 hotspots in Acholi Sub –Region include Gulu City, Pader, Kitgum, and Nwoya Districts, something attributed to complacency in following the Standard Operating Procedures.

He further told the minister that out of a total population of 144,000 persons above the age of 50, only 8.4 percent have been vaccinated, something that calls for special attention.

Minister Aceng said that Acholi Sub –Region is second after the Busoga Sub –Region in low uptake of COVID -19 vaccination despite its high mortality rate.

She attributed this to misinformation being spread in the various social media platforms and that the Health Ministry published a booklet that demystifies those myths.