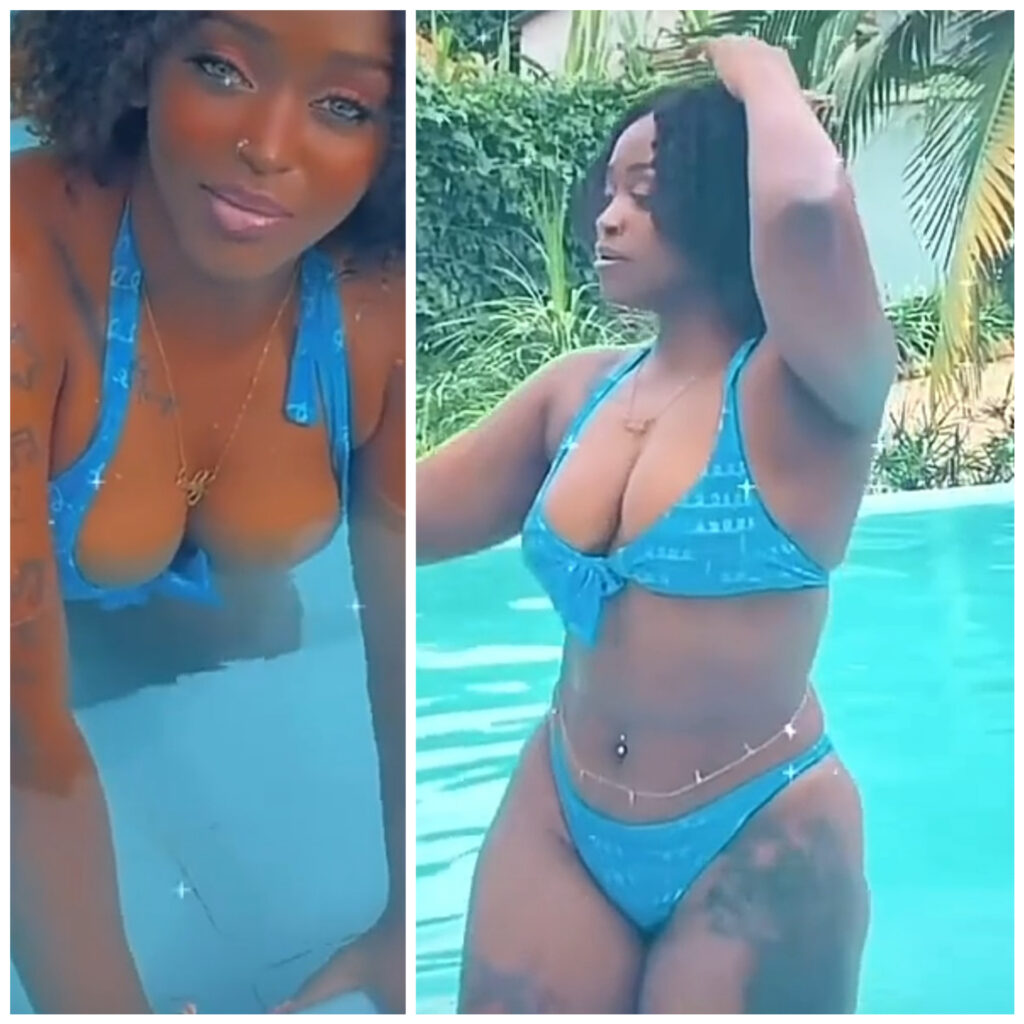 Bummy queen Winnie Nakanwagi aka Winnie Nwagi, who is one of Uganda’s celebrated musicians, has literally set Turkey on Fire with her booty galore.

Nwagi traveled to Turkey a few days ago together with Pius Mayanja aka Pallaso, John Kasadha aka John Blaq and David Lutalo, to stage a concert dubbed ‘Independence Day’ bash.

However, while in Istanbul,  Nwagi decided to treat her fans to very steamy videos in which she is seen flaunting her gigantic booty.

Clad on a blue bikini, Nwagi is seen in the video that has since gone viral on social media bouncing and bobbing her booty around as she plays in a swimming pool.

She later shared the video on her  Instagram wall and it has since attracted almost 40k views and still counting, meaning that Nwagi’s fans just can’t get enough of her booty show!

Meanwhile, Ugandans in London are eagerly waiting to enjoy Nwagi live at a concert dubbed ‘Ekintabuli Kyomuziki 2021’, which is to be held at the Royal Regency Hotel on October 23rd, 2021, at which she will perform together with Pallaso, Lutalo and John Blaq.