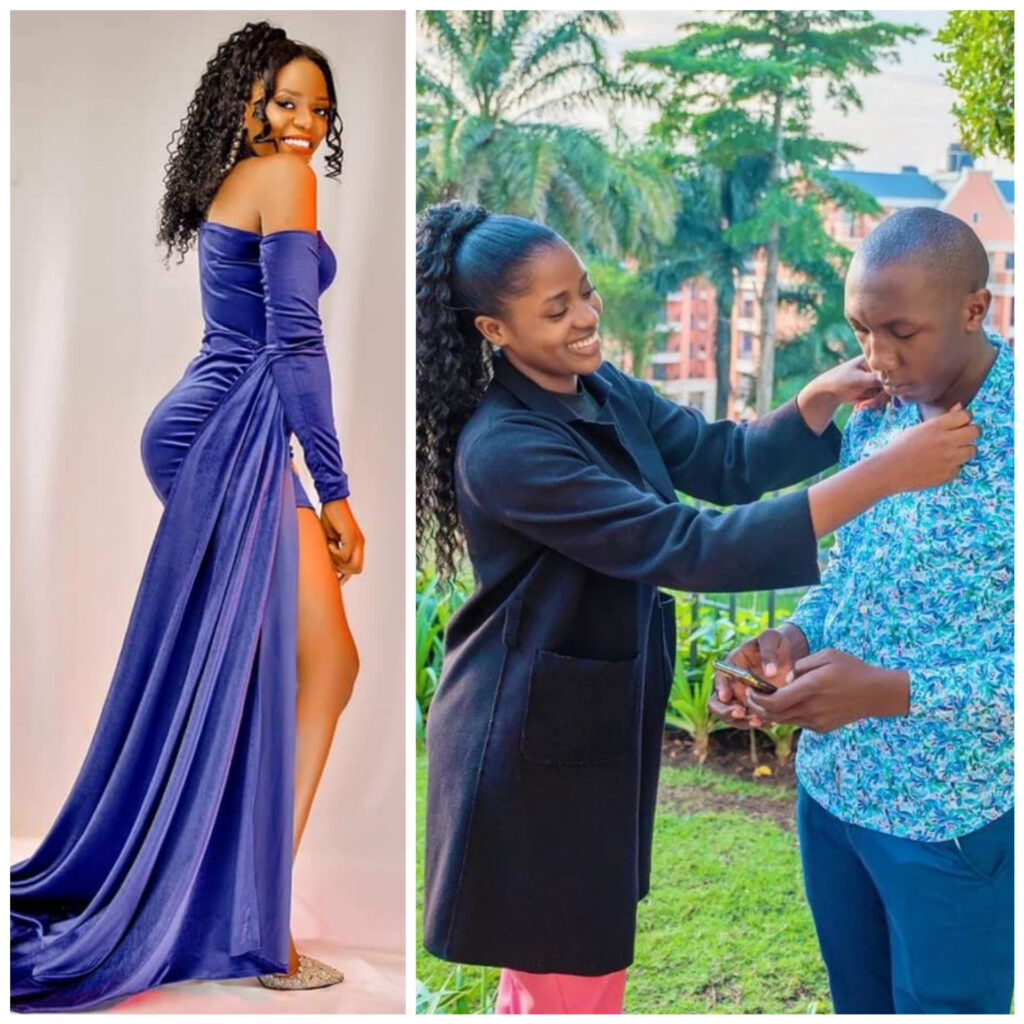 Although he might appear small and short, our Moles reveal that Kay is a very big man in several female TV presenters’ hearts and that he has over time swam deeply into some of their Rivers Between.

According to our Moles, Kays is currently said to be swimming in the juicy River Between of a Sanyuka TV presenter identified Mildred Tracy, the presenter of SheTalk, who is warming his nights these days.

We are told that Kays recently unveiled Mildred as his better half and that ever since he was released from Kitalya Prison over the Omulangira Suuna saga the two have been enjoying passionate moments.
However, whereas he is currently reportedly feasting on Mildred’s Sumbie, Moles reveals that she is not the first TV star in whose River Between Kays has swum before.

Apparently, before Mildred came into the picture, Kays was swimming in the River Between of another sexy TV presenter identified as Betty Betina Ssegoba who is currently a presenter at BBS Telefayina.

But those who know Betina reveal that she was too much for Kays to handle, because of her relentless desire, hunger, and love for the Big Cassava.

It is said that at the time Bettina was sampling Kays with her Sumbie, she was also juggling him with renowned herbalist Kojja Kitonsa, among other guys, although she has since hooked up another dude.