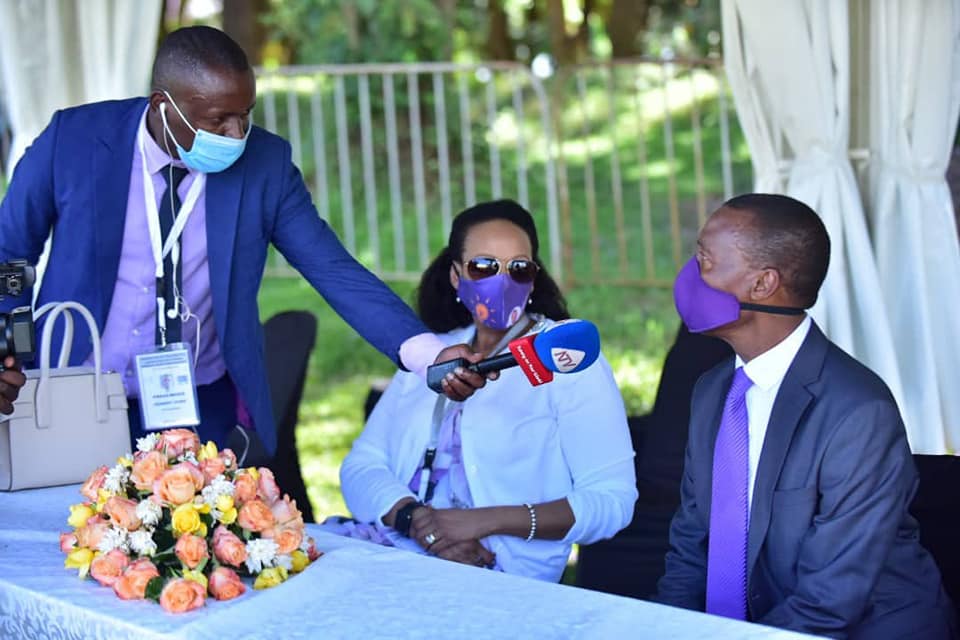 The president for Alliance for National Transformation Gen. Mugisha Gregory Muntu has been duly nominated to contest for presidency in 2021 General election.

Muntu was nominated on Monday after presenting all required papers at Kyambogo cricket grounds.

Upon nomination, Muntu promised a dignified Ugandan where everyone is involved in decision making.

“There’s nothing more important than people having their dignity. We intend to create an environment where people are able to achieve both, prosper and have dignity. We call upon the country to give us your vote, you will not be disappointed” Muntu told the press.

Muntu also promised to fight corruption which has eaten the country to its core.

“Together we can end corruption and invest in building the nation, not changing the law. We can build schools, hospitals, creative spaces and incubation hubs for our entrepreneurs. We can make Uganda the envy of the world and our children the brightest of stars” he noted.

He thanked all ANT coordinators who nominated him to be the party flag bearer. Muntu also applauded supporters of his young party who have dedicated their time and support, including party flag bearers at different levels.

He prayed that the remaining two months of the election exercise is managed in an organized manner like today’s nomination exercise.

“It is a challenge for the commission, I know that the country will back you up to do all things that are within your means to be independent, to boldly and without fear of anybody, any power on earth or wherever, don’t fear, do what is necessary, conduct a free, fair election and transparent process. The country will be behind you and you will have made history because we would have had an election that all sides would trust” Muntu said.

He noted that on this day, he believes that they are starting a new chapter, and that a new era is starting and that the country will see this in time.

“Those who know, know. Those who don’t know, don’t know. They will know get to with time. It’s been a long journey, we have been through many battles but today is a day of victory” Muntu said.

He promised that Uganda under his leadership, would be a country where people recognize that there can be justice, fairness and even handedness. That those in power can manage it in such a way that they create an environment where there can open, transparent competition for power.