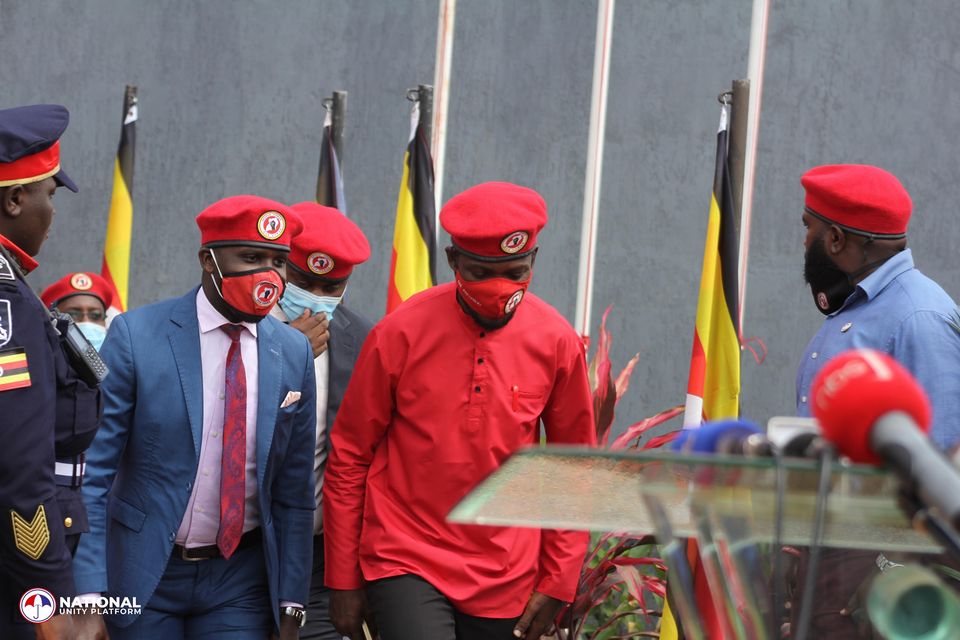 Members of the National Unity Platform especially those who failed to secure the party flag for different constituencies have been urged to support each other and avoid disunity.

The call was made by the party President, also Kyadondo East Member of Parliament Robert Kyagulanyi Ssentamu at a press conference in Kampala, on Tuesday morning.

While he congratulated those that were successfully chosen to carry the party flag, he noted that not every party member could be chosen. He therefore requested those that may not have been successful to continue supporting the party, as this is time to make a united front.

Kyagulanyi also congratulated the party’s electoral commission for carrying out a successful selection process, despite the challenges. He further thanked the party’s Executive Board for hearing all petitions filed by the aggrieved party members who did not receive the ticket.

This comes at a time when the Party is preparing to start nationwide tour next week focused on opening party offices, meeting party candidates and flagging them off as well as general mobilization ahead of the general campaigns.

He noted that all party candidates are encouraged to make nominations massive.

“I would like to encourage all of you going for nominations to make them massive. Reach out to people, this is the beginning of the people asserting their power. Beginning the nominations, all through elections and after the elections” Kyagulanyi told the candidates.