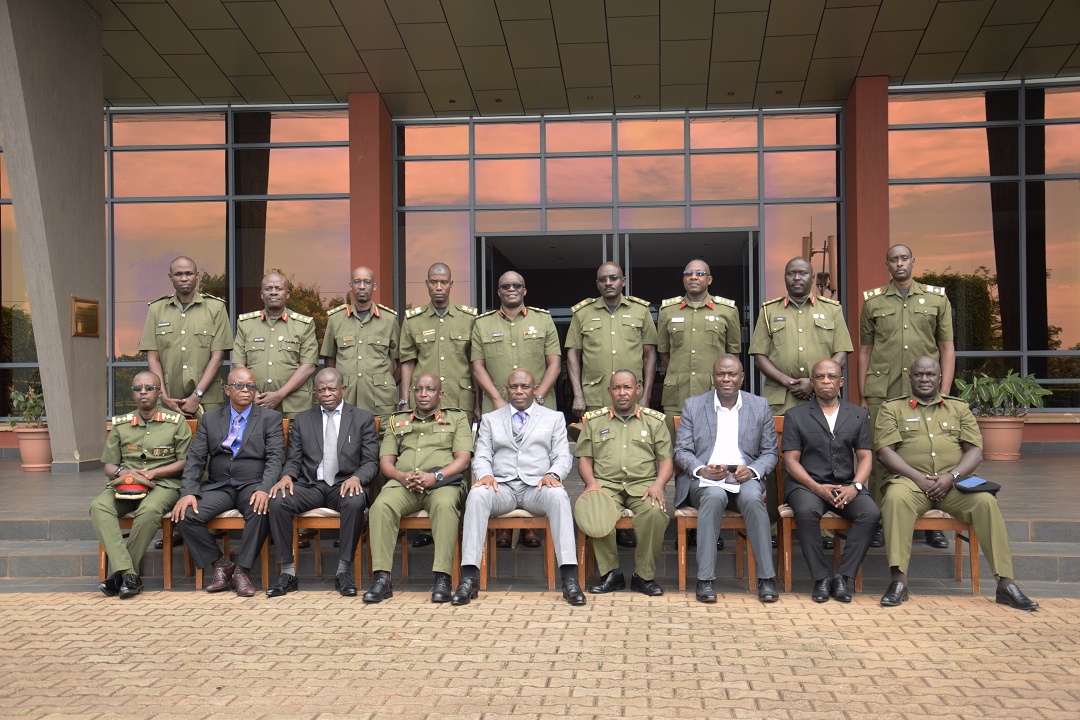 The meeting which took place at the Ministry of Defence and Veteran Affairs Headquarters in Mbuya on Monday saw Maj Gen Birungi congratulate the DRC upon their admission to the East African Community and thanked his counterpart for honouring his invitation.

He further observed that it is important to have such engagements on matters of mutual interest and national security between the two sister countries.

Maj Gen Mbandiangu noted that the meeting is an opportunity to update themselves on the joint operations the two countries are engaged in, particularly Operation Shujaa in Eastern DRC against the Allied Democratic Forces terrorists.

On Monday, the Commander of Land Forces Lt Gen Muhoozi Kainerugaba announced that they had captured the area of Mwenda after a three-day advance.

“Update on Operation Shujaa. All ADF units and their families are fleeing from their long time strongholds of Mwalika and Kikingi. They are running as fast as they can to the north, they are running from our 15th Battalion that is advancing on Mwalika,” said Muhoozi.