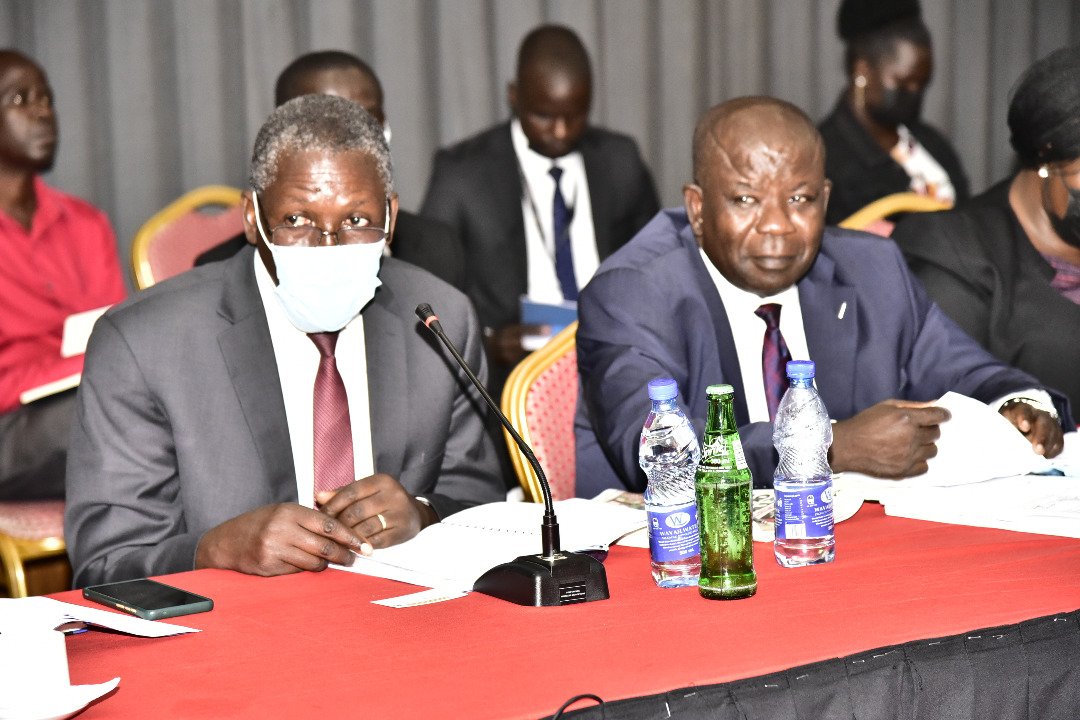 Members of Parliament on the Public Accounts Committee have grilled officials from the Uganda Heart Institute (UHI) for allegedly flouting financial laws and guidelines after it did not declare Shs1.76 billion from development partners to the Treasury.

The officials led by the Executive Director Dr John Omagino were on Wednesday 11 May 2022 appeared before the Public Accounts Committee (Central Government) chaired by Hon. Medard Sseggona to respond to queries in the report of the Auditor-General for the year ended 30 June 2021.

In the report, the Auditor General noted that the heart institute received Shs1.76 billion in off-budget financing which was not declared to the Treasury and therefore, not appropriated to the entity by Parliament.

According to the Auditor General, off-budget financing distorts planning and may result in duplication of activities.

Now, Dr Omagino has told the committee that whereas the funds were received directly from development partners for undertaking research activities, the institute will henceforth comply with the law in regards to declaration of any external funds.

“Management has noted the issue raised [by the Auditor General] and for any subsequent offers, systems will be put in place to ensure that UHI complies with the law,” Dr Omagino said.

However, his response triggered questions from the MPs as to why UHI, an autonomous body charged with coordinating the prevention and treatment of cardiovascular disease in the country, did not comply with the law.

Section 43(1) of the Public Finance Management Act, 2015 states that all expenditure incurred by government on externally financed projects in a financial year shall be appropriated by Parliament while paragraph 29 of the Budget Execution Circular for the financial year provides for declaration of any funds from an external agency.

“As an institute that employs accountants, you should be aware of the Public Accounting Standards of this country especially in regards to disclosure of funds. Anything in control of government must be declared to government. How did it happen that these funds from development partners were not declared to the Treasury?” Kumi Municipality MP, Hon. Silas Aogon asked.

Hon. John Amos Okot the Agago North County legislator said such suspicious undertakings are a recipe for misappropriation of funds and should be thoroughly scrutinized.

However, Dr Omagino dispelled the suspicion saying the funds were dispensed to serve its intended purpose as guided by the development partners.

“This money was from development partners and it was to facilitate research which is to inform policy. This money comes to the same account which is monitored by government systems and even when we are spending it, it is still monitored,” Dr Omagino said.

The committee chairperson emphasized that it is a legal requirement for agencies to declare any form of external or donor funds to the Treasury for accountability purposes.

“It is not that the money is lost – it is just a procedural issue that the Auditor General is raising as to why the procedures were not followed. We are avoiding a scenario where one does not declare funds with the intent to misappropriate it,” Sseggona said.

Omagino, however, insists that the funds were declared to the Treasury and promised to adduce evidence to the committee.

“Since you are insisting that the funds were declared, provide it in writing and show us the evidence that indeed you notified the Treasury and also show us how you used this money because money from donors is also audited,” Sseggona added.

UHI was given until Friday, 13 May 2022 to submit the required documents for scrutiny.