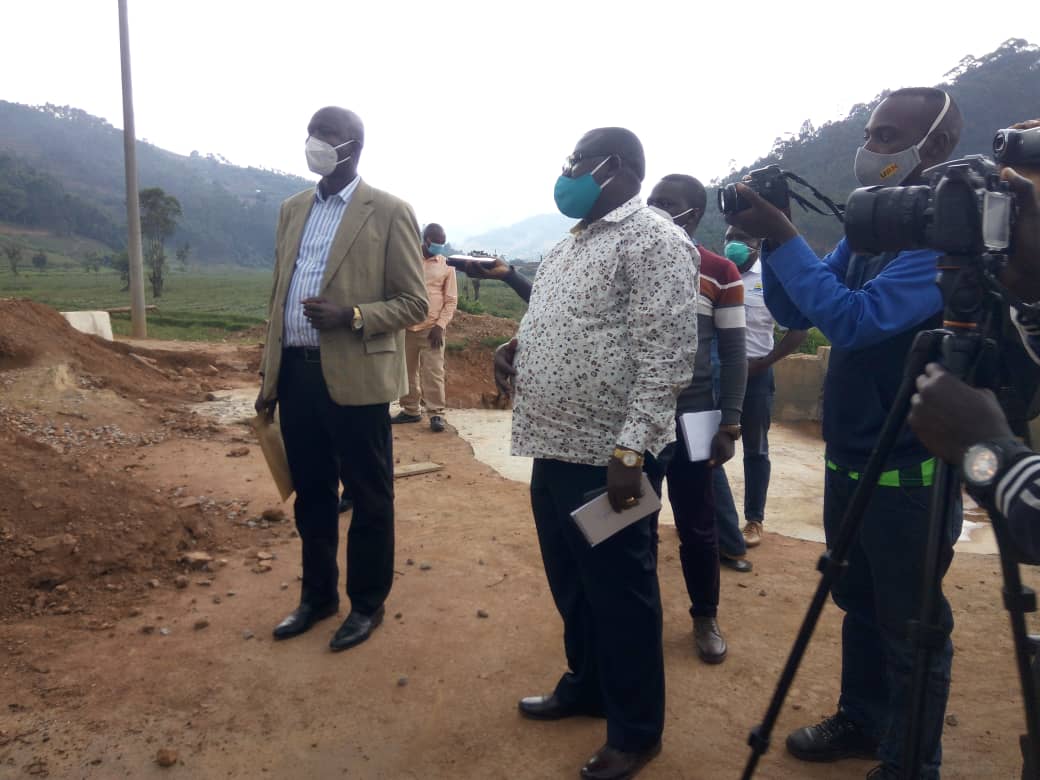 Ugandan authorities led by the new RDC Kabale Nyakahuma Godfrey have handed over the two bodies of Rwandan Nationals who were found dead in Kabale last week. The duo is identified as Dusabimana Theoneste 52 who died on 30th August and Bangirana Paul 47 yrs on 2nd September.

Their bodies had been lying in the Kabale hospital mortuary since they were discovered. They were handed over to the Rwandan authorities led by the mayor Gicumbi Felix Ndayambajje.

Present at the handover earlier today, was the district chairman Kabale Nelson Nshangabashijja, the Diso Mutabazi and  Dpcs Asp Byansi Muhammad Kabale, and Sp Gisanga  Ndahidawa of Gicumbi among others.

Dusabimana was found hacked to death by unknown people at Rushaki B village Karujanga parish Kibuga s/c Kabale district Uganda approximately 200 meters away from the borderline with Rwanda on 30/08/2021.

The second victim, Bangirana was found dead at Rugarama cell Rwene parish Buhara s/c Kabale district Uganda 70 meters away from the Rwandan borderline with Uganda on 02/09/2021.

He had allegedly crossed to Uganda to visit relatives and drunk himself silly and on his way back, failed to move and was washed by rain hence died.